The new pre-school animated series “Dino Ranch” will be coming soon to Disney+ in Australia, New Zealand and the United Kingdom in April.

The animated series, produced by Industrial Brothers and Boat Rocker Studios, follows the Cassidy family as they tackle life in a fantastical, “pre-westoric” setting where dinosaurs roam.

Dino Ranch – the ultimate playground – is a working farm and dinosaur sanctuary. It’s home to the tight-knit Cassidy family, Ma (Jane) and Pa (Bo) with their adopted kids Jon, 10, the leader and ‘dino-whisperer’, he is a fast-talking, wide-eyed young cowboy who fancies himself the fastest lasso in the west; super-caring Min, 8, she’s a young dino doctor in-training; and Miguel, 6, a smart, deep thinking, soft-spoken inventor with big ideas. All are training to be ranchers under the sure and steady guidance of their Ma & Pa.

Accompanied by their very own distinctive dinosaur best friends, Jon’s speedy raptor Blitz; Min’s big-hearted brontosaurus Clover; and Miguel’s tiny but mighty triceratops Tango –– they discover the thrill of ranch life while navigating the great outdoors through unforeseen challenges. As the three little Dino Ranchers learn the ropes, every day is filled with unpredictable adventures – because at Dino Ranch, trouble can loom like a T-Rex on a moonless night.

“We Come From Different Places, But We Are Family…”

With wide open natural green spaces, and big blue skies, preschooler and their parents will be transported to a place where they can discover the exhilarating blend of dinosaurs, outdoor adventure and ranch life for themselves. 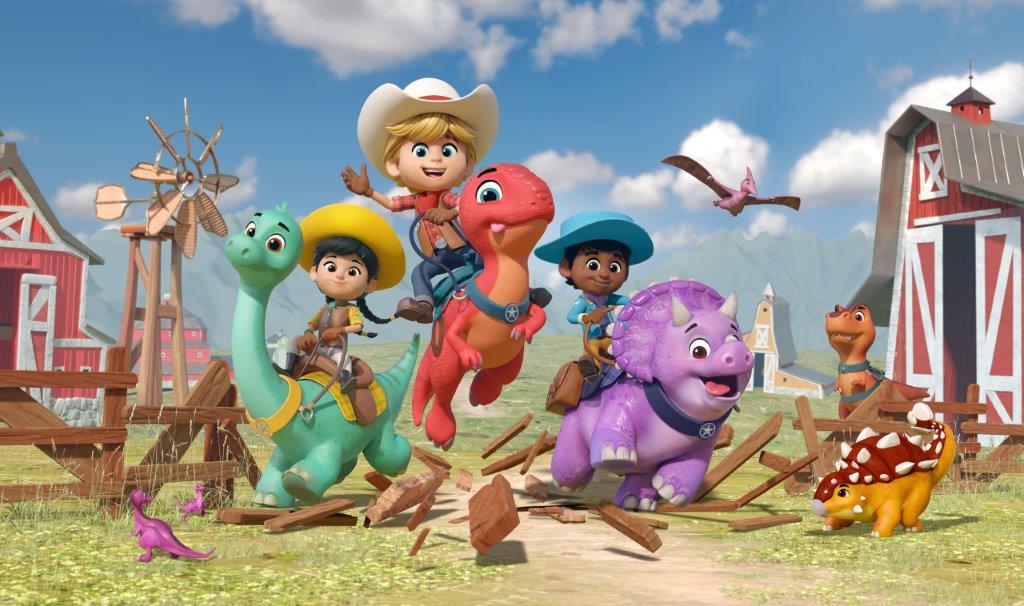 No exact release date has yet been announced on when “Dino Ranch” will arrive on Disney+.

Are you looking forward to seeing “Dino Ranch” on Disney+?