Marvel gives fans another behind-the-scenes look at its latest Disney+ Original Series with “Assembled: The Making of Moon Knight. In this documentary we learn more about the character’s history in the comics, how the creative forces behind the show came up with the idea of focusing on Steven Grant first rather than Mark Spector, the importance of the Egyptian setting and how the creators came up with the idea to use a lesser-known hero like the Scarlet Scarab.

In general, I love these types of documentaries. I love seeing what inspired television shows and movies and how they stay true to source material while also making changes that fit the different medium better. The “Assembled” series has, admittedly, been hit or miss, but I found this one to be more of a hit than most. I think it may have to do with my unfamiliarity with the characters involved. While I read comics some as a kid, and watched superhero cartoons, shows and movies; “Moon Knight” was one I had never heard of. That made me more invested in learning more about Steven, Mark, Jake and all the rest of the characters since I hadn’t been seeing them in a lot of other things like say, Spiderman. It was a gamble to go with this hero so soon, but Marvel has earned its success. 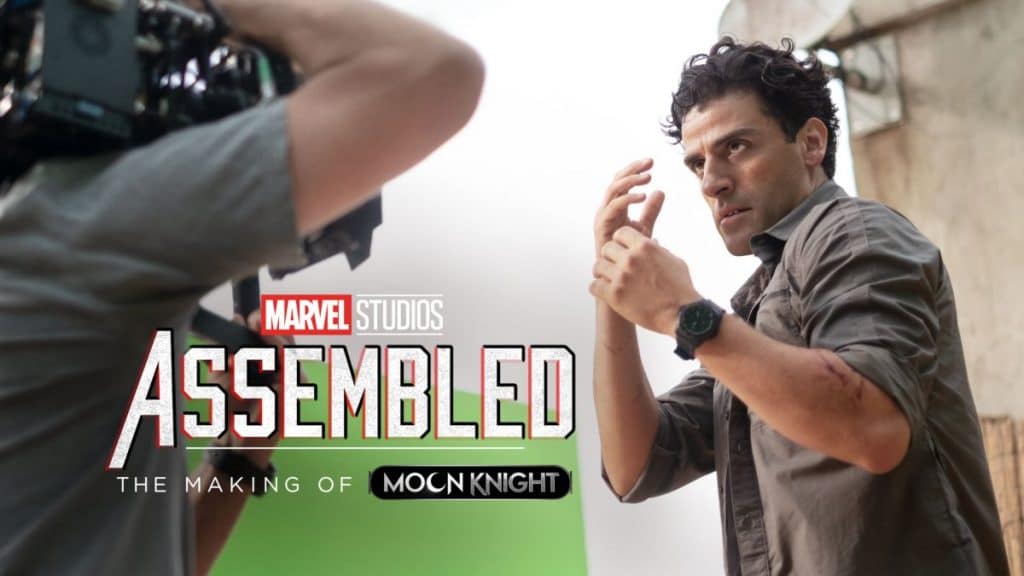 My favorite part was seeing how they worked to recreate Egypt. Many of the show’s scenes are set in Egypt and they made sure people saw a part of Egypt that is true to the country’s geography but is also new to people who don’t live in the region. I’ve never been to Egypt, but like the documentary explains, whenever you see the pyramids of Egypt in television or film, it’s always in the middle of the desert. But a lot of the pyramids are easily visible from the cities, and it was nice to see this series stay true to that. On top of that, I loved learning how they incorporated hieroglyphics into Moon Knight’s suit. Since there was no word for “knight” in ancient Egyptian, costume designers had to come up with a phrase that basically means knight and then work the symbols into the costume. It looked amazing and that is an awesome dedication to one’s craft to work that in the way they did.

I always look forward to these behind-the-scenes documentaries from Marvel or Star Wars even if I don’t particularly like the series of film they accompany. They are educational, informational and entertaining. This particular one is an excellent look into the making of “Moon Knight” and it has me excited to see what Marvel has coming down the pipe.

What did you think of “Assembled: The Making of Moon Knight?”

Jeremy has been a big Disney fan since he was a kid growing up during the Disney Renaissance. One day he hopes to go to every Disney Park in the world.
View all posts
Tags: Assembled, disney, documentaries, Marvel, review, The Making of Moon Knight