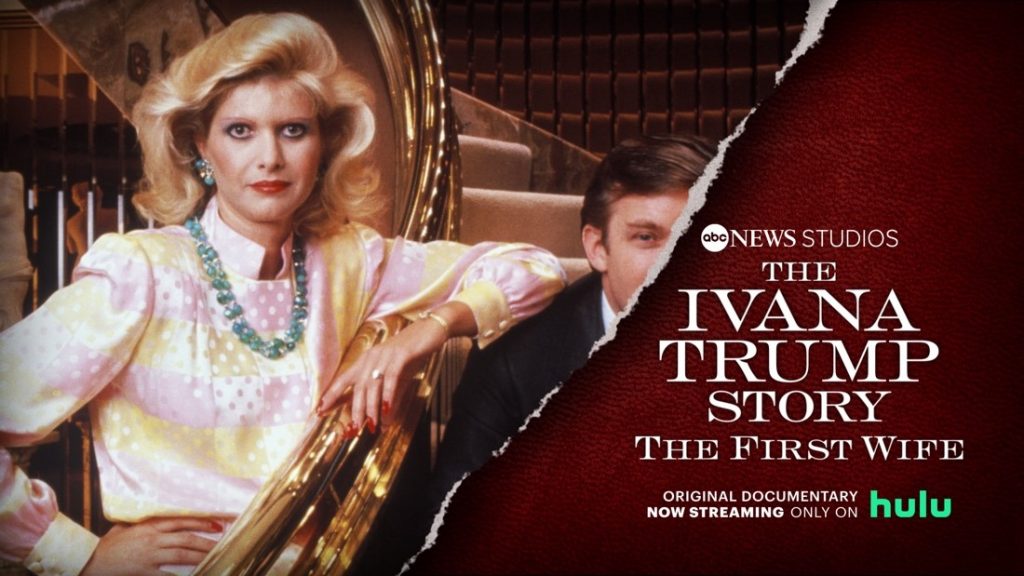 ABC News Studios has announced a new one-hour documentary, “The Ivana Trump Story: The First Wife,” which is available for streaming only on Hulu beginning on Friday 22nd July 2022. With contemporary voices and archival footage and interviews, the one-hour special weaves a robust narrative of the life and legacy of Ivana Trump – the mother, businesswoman and glamour queen whose eye for branding and design helped Donald Trump build an empire.

Archival footage and ABC News interviews trace the couple’s tumultuous divorce following Donald Trump’s affair with Marla Maples and how Ivana would go on to reinvent herself in its aftermath. A mother, an immigrant, a woman behind the man – the documentary explores the universal qualities of a life full of excess, success and hardship.

“The Ivana Trump Story: The First Wife” is available for streaming on July 22 only on Hulu.  It’s not been confirmed if this news special will also be released internationally on Disney+.