“Zom 100: Bucket List Of The Dead” Coming Soon To Hulu 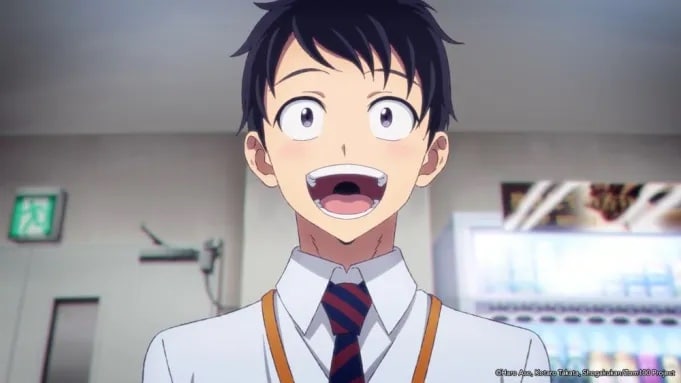 “Zom 100: Bucket List Of The Dead” Coming Soon To Hulu

Viz Media has announced that the zombie comedy anime series, “Zom 100: Bucket List Of The Dead”, will be released on Hulu in the United States from July 2023.

With three years under his belt at the company from hell, Akira is mentally and physically spent. All at the ripe old age of twenty-four. Even his crush from Accounting, Saori, wants nothing to do with him. Then, just when life is beginning to look like one big disappointment, it happens. The zombie apocalypse descends on Japan! Surrounded by hordes of hungry zombies, Akira comes to a realization that will forever change his life… “Wait, does this mean I never have to go to work again? .. Confess to… party like it’s… travel Japan coast to… Now, with his nightmare job no longer, Akira’s got his mojo back. Let the bucket listing begin!

It is being created by Bug Films and Shogakukan-Shueisha Productions Co.  Viz Media will be representing the series in North America, Latin America, Australia and New Zealand.   Other streaming partners will be announced across all territories at a later date.  Viz Media has also been handling the distribution for “Bleach: Thousand Year Blood War”, which has been released on Hulu in the US and on Disney+ in many countries around the world.

The series is being directed by Kawagoe Kazuki with Ueda Hanako as AD. Umeda Shuichiro heads the voice cast in the starring role as Akira, who said in a statement:

“The first time I read ‘Zom 100: Bucket List of the Dead’ I was struck by the way Akira puts his whole heart into everything he does. He really kept me turning the page. Akira battles his way through all these zombies, but you also get to see him get real with himself, all the while managing to make his dreams a reality. I want to do the same. As his voice actor, I want to really understand Akira and challenge myself in every way.”

The series is an adaptation of the manga by creators Aso Haro and Takata Kotaro, who said in a statement to Variety:

“ ‘Zom 100’ is finally getting an anime!! I’ve had a chance to take a sneak peek at the script, character design, and teasers, and I have to say, they’re all beautiful; the quality is great. I’m thrilled! I can’t wait to see Akira and his friends come to life, now through the medium of animation, to see them in color, with actual voices, with actual music”

“It’s such an honor to know that ‘Zom 100’ is getting an anime adaptation! Seeing all the pieces come together through everyone’s hard work is amazing.”

Roger has been a Disney fan since he was a kid and this interest has grown over the years. He has visited Disney Parks around the globe and has a vast collection of Disney movies and collectibles. He is the owner of What's On Disney Plus & DisKingdom. Email: Roger@WhatsOnDisneyPlus.com Twitter: Twitter.com/RogPalmerUK Facebook: Facebook.com/rogpalmeruk
View all posts
Tags: hulu, Zom 100: Bucket List Of The Dead, zoom 100