Will Disney+ Ever Offer A Cheaper Ad-Supported Tier?

What's On Disney Plus > Blog > Columns > Will Disney+ Ever Offer A Cheaper Ad-Supported Tier? 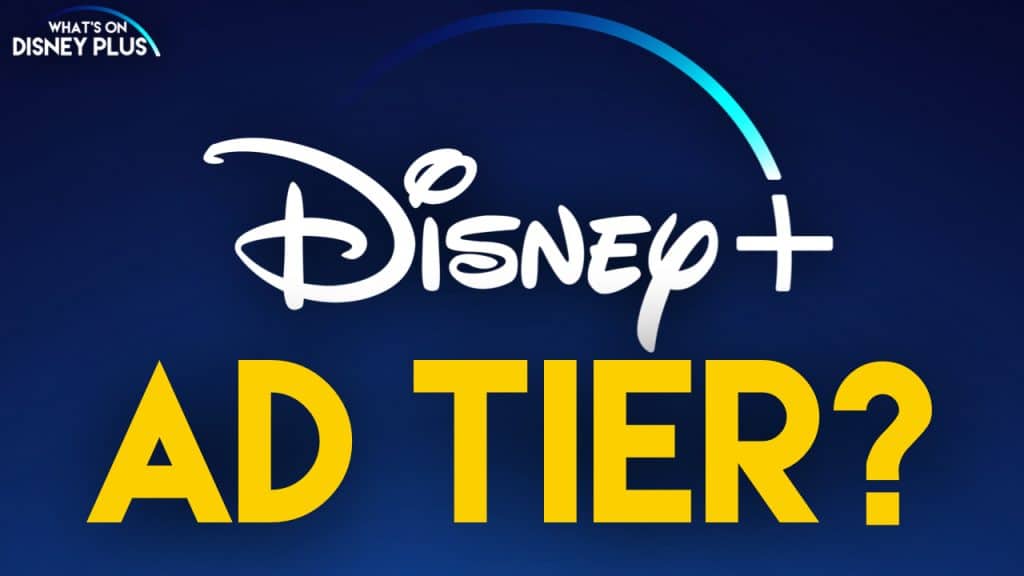 Will Disney+ Ever Offer A Cheaper Ad-Supported Tier?

Disney+ has already garnered over 100 Million subscribers, but Disney needs to eventually raise subscription prices so they can fund their next round of originals. As Rick Riordan said in one of his blog posts, “Good TV ain’t cheap”, the question becomes, How does Disney gain more subscribers without upping prices too high? My answer is for them to create a cheaper ad-supported tier. Let me explain why. Please Note:  as of Tuesday the 15th June 2021 there are zero plans to add an ad-supported tier to Disney+, at least not yet.

The first point would be to give subscribers a choice, say Disney+ subscriptions reach as much as $10 per month, why not release a cheaper tier around $5, which has ad breaks? You know similar to how Hulu operates in the US, especially considering almost all of Disney+’s big US competitors, including HBO Max, Peacock and Paramount+, offer cheaper ad-supported tiers as well as Disney+’s sister service Hulu offering a cheaper ad-supported tier. If Disney decided to offer a cheaper ad-supported tier, it could help get lower-income families on board of the service who might not be able to afford an increased price and an increase in subscription offerings.

Disney+ is already a juggernaut in the realm of streaming, but Disney+ isn’t profitable yet, and funding the high profile shows like The Mandalorian, Wandavision and Falcon and The Winter Soldier is very expensive. With Disney+ having about a dozen MCU series, ten Star Wars series and other supposed big-budget series like Percy Jackson and National Treasure. Disney needs Disney+ to be profitable to warrant the constant spending on their high profile premium original series and movies, so putting ads in between the episodes could help them make the service profitable sooner.

With a lot of Disney+ originals in development, Disney could use the ad revenue as an indicator for what shows sit the best with advertisers and which shows get the most rewatches and brings in the most ad revenue, which could lead to Disney funding more seasons of those shows as well as spinoffs. This would be another great reason for Disney to offer an ad-supported tier. Disney could use DIsney+ as a place to showcase trailers for new Disney theatrical movies, the theme parks, Disney merchandise and Disney+ originals. For example, you could watch Frozen or another piece of content in that franchise and before showing, they show you an ad for Frozen 3 or something along those lines.

So How Should They Do It?

With movies depending on the length, it could be anywhere between five and seven ads, and with shorts (twenty minutes or under), I could see them doing one ad at the start or one at the end. Disney would also hopefully not cut out features like 4K and HDR and lock them behind the more expensive tier. They would hopefully not lock any titles behind the higher tier.

Ethan is an autistic, type one diabetic, Disney fan who grew up with properties like Iron Man, The Lion King, Aladdin and Toy Story. Ethan wants to someday get his own books/films/TV shows made to inspire those with disabilities to be themselves, but for now, Ethan covers his opinions on Disney, their content and how Disney+ can improve.
View all posts
Tags: disney+ ads