Why Disney+ Needs To Fix Its Trending Tab

Why Disney+ Needs To Fix Its Trending Tab

Many streaming services, including Disney+ and Netflix, have trending rows to show what content is hot and what content is not. Disney+’s trending row, however, unlike Netflix’s, isn’t that good. While Netflix has separate rows for different content types, Disney+ doesn’t, so let’s discuss how Disney+ can improve its trending row.

Let’s start with something that Netflix does extremely well: having separate trending rows for different content types. For example, movies and TV shows measure watch minutes differently. Films are limited and typically run between one and a half hours up to three hours. By comparison, TV series episodes usually run between twenty-two minutes to one hour.

A TV show can have anywhere from two to fifty-two episodes in a season, depending on how long the series episodes are. In the UK, the trending row is dominated by series such as “Family Guy”, “The Simpsons”, “Grey’s Anatomy”, and “Criminal Minds”, whilst in the US, the list is dominated by Disney and Pixar animated movies.

This is another excellent way of marketing shows and movies to Disney+ subscribers. Have Disney+ put up a social media post on each active Disney+ social media account with a caption of something like “What’s Hot On Disney+ This Week” and showcase the top ten trending TV series, movies and children’s content.

The marketing writes itself, and millions of Disney’s followers could discover more films and TV series they may have never known about.

This is another excellent reason why Disney+ should improve its trending row and gives a separate row for the “Top Ten Originals”, which would help many Disney+ subscribers discover the “Top Five” or “Top Ten” originals of that week, especially now that we have big budget series like “Ms Marvel” and “Obi-Wan Kenobi” airing at the same time. This can lead to subscribers finding what is hot from Disney+ Originals. 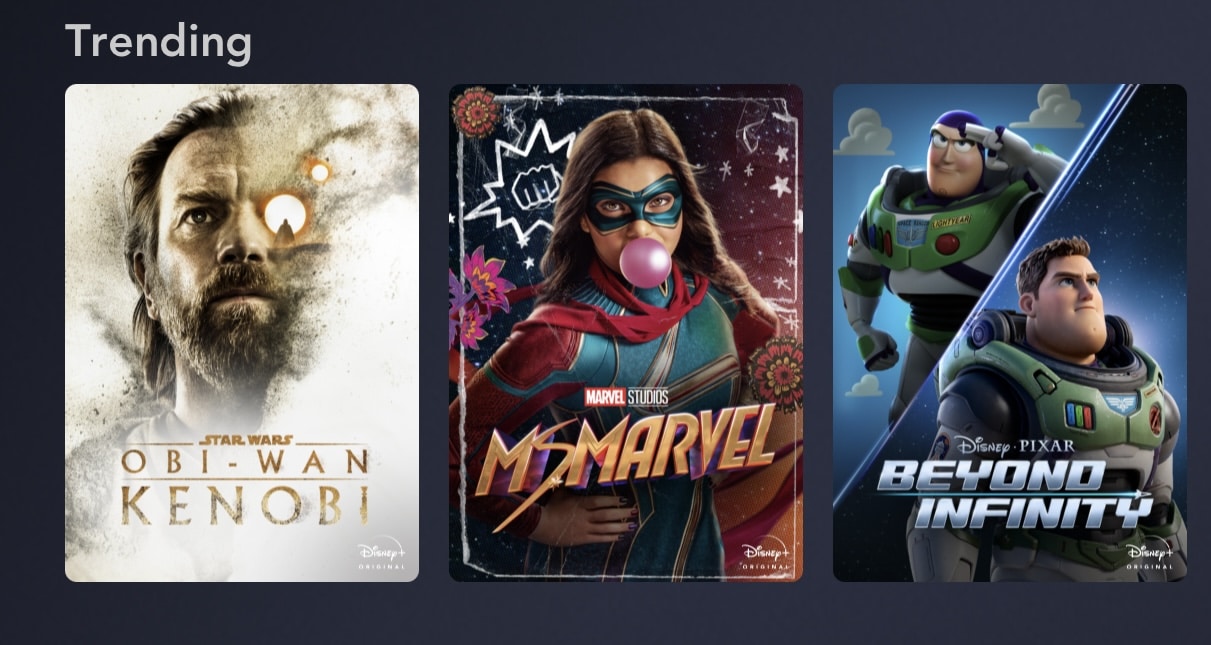 So How Would I Make This Work?

Simple, we’d have one “Top Ten” for movies, one for TV Series, one for children’s content and possibly one for originals. If Disney did it this way, it could help Disney+ subscribers find new content that can help them find out what TV series and movies everyone is talking about.

Offering different trending rows could be huge to many Disney+ subscribers who want to find some interesting and popular content. I think it would be smart if Disney not only had trending rows for “Top Tens” in movies, TV series and kid’s content, but also did a “Top Ten” trending for each of their “core brands”.

Disney+ has six core brands outside the US, while the US only has five. Disney could do “Top Ten Trending” for the brands of Disney, Pixar, Marvel, Star Wars, National Geographic and Star in the countries outside the US and Latin America. 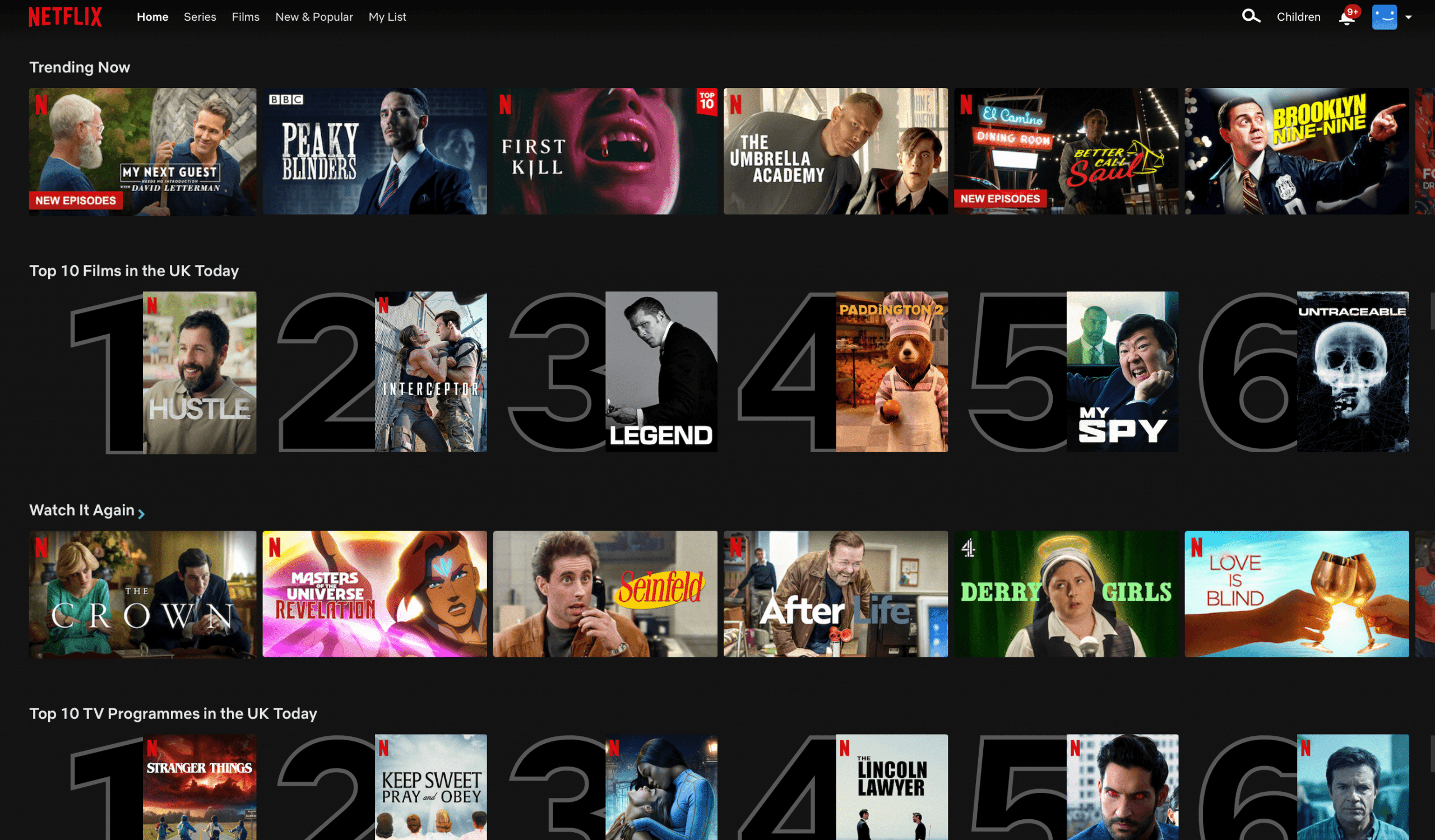 Disney+ could benefit from having trending tabs for each core brand, which would help subscribers discover hit TV shows and underrated movies from each core brand. With Disney+ producing dozens of new shows and movies based on Disney franchises, it would be an excellent way of diving through Disney’s vast catalogue by utilising the core brands to see what’s trending from each brand on Disney+.

Disney+ would also benefit from changing the trending row into a separate page which shows all the different trending rows for the series, movies and core brands.

What Do You Think? Does Disney+ Need To Fix Its Trending Tab?