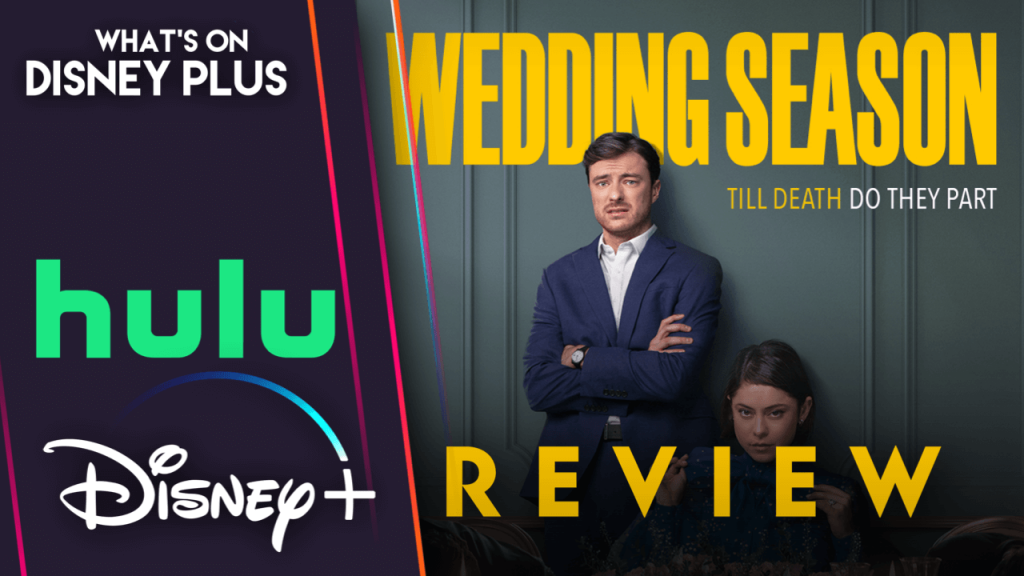 “Wedding Season” is the first British original series created specifically for Disney+ in the UK, with the entire eight-episode series being released on Disney+ Day.  This rom-com action thriller tells the story of Katie and Stefan, who fall for each other at a wedding and begin an affair, despite Katie already having a fiancé.  Then, two months later, at Katie’s wedding, her new husband and his entire family are murdered. The police think Stefan did it. Stefan thinks Katie did it. And no one knows for sure what the truth is…  Leading to the pair going on the run from the police, and a wild adventure begins.

This series plays on the idea that you don’t really understand what’s going on, leaving you with more questions than answers, but slowly filling them in with flashbacks to previous weddings.  The story slowly unravels, but it also gives us plenty of time with Stefan’s friends, which brings some realism to the series, but more importantly, as with any comedy series, it makes you connect better with the characters, as they joke around with their mates at weddings. 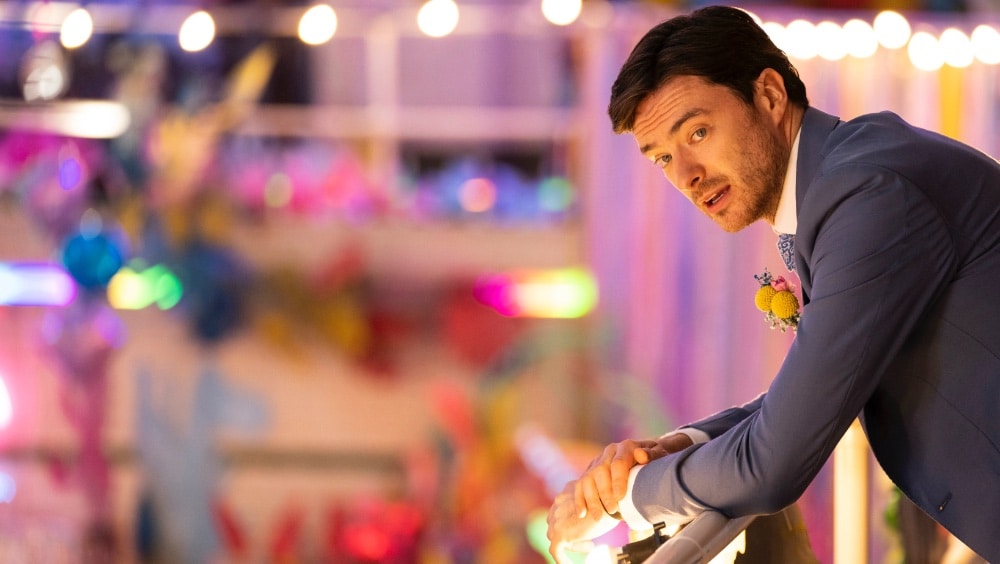 But if you think this is going to be your typical romantic comedy, it’s not.  It takes many of the cliches and twists them around, to deliver something interesting and fresh.   The comedy elements don’t always hit as the writers might have wanted, but there were many moments when I laughed out loud.

One of the things I really enjoyed about “Wedding Season”,  is how it feels very different from other original shows on Disney+, because it’s got that British twist.  There are comedy moments, which are a little darker than you’d see in a US series.  It has some foul language, drug use, and a sex scene, but it still felt pretty tame, where some of it could have been edited out, and it wouldn’t have much impact on the story. 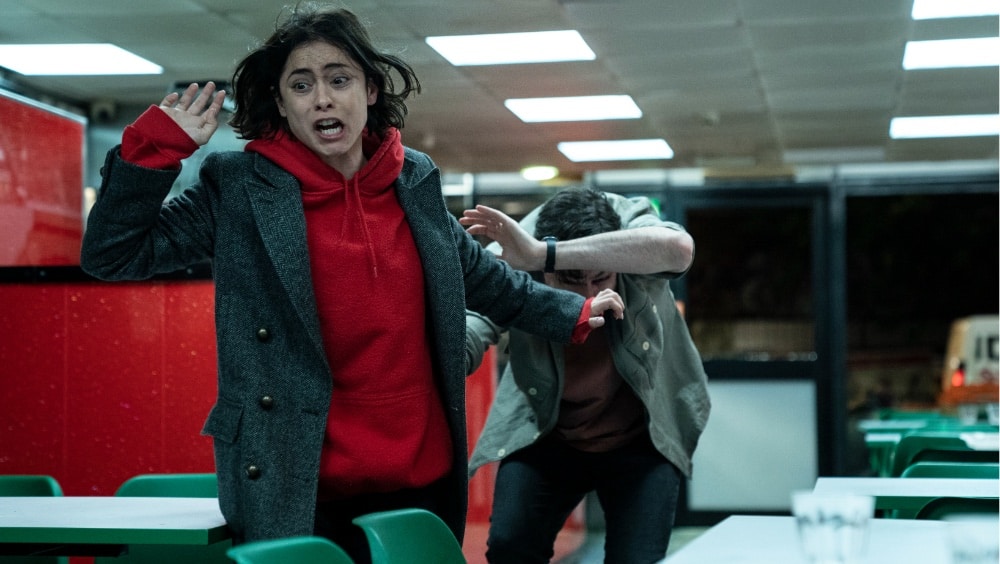 While “Wedding Season” is the first British original created specifically for Disney+ (and it’ll be on Hulu in the US because Disney still can’t work out its general entertainment plans), having Rosa Salazar playing the lead character, Katie, does seem like an odd choice, since she’s American/Canadian. I would have preferred a British actress for the first UK-made original.    However, Rosa Salazar does bring plenty of mystery to the series; in the three episodes I’ve seen, we don’t really have a clear idea of what she is up to.  Making the cliffhanger of the third episode even more interesting.  And apparently, later in the series, the show shifts out to the US, which will obviously make the decision to cast Rosa make sense, plus also, it’ll help this series connect better with a US audience.

For me, Gavin Drea, who plays Stefan, is the standout from this series, as I completely got hooked on his obsession with Katie, but more importantly, with him just being dragged along for the ride, we are seeing Katie through his eyes, as we all learn more about who Katie is.

Rosa Salazar and Gavin Drea, certainly make this show, as they do have some weird chemistry between them.  Stefan is such a lovable character, while you know that Katie has a dark side, that you want to uncover.

Each episode is around 30 minutes long, though the first episode is a little longer, to establish the basic idea of what the show is, introduce the characters and set the tone.   When the cliffhanger for the third episode hit, I instantly was a little disappointed I didn’t have the rest of the series to binge, and I will be most certainly be coming back to this series on Disney+ Day to find out what happens next.  Which, to me, is a good indication of a show that has gotten its hooks into me.

“Wedding Season” will premiere exclusively on Disney+ globally, Star+ in Latin America and Hulu in the U.S on Disney+ Day, aka Thursday 8th September 2022.

Roger has been a Disney fan since he was a kid and this interest has grown over the years. He has visited Disney Parks around the globe and has a vast collection of Disney movies and collectibles. He is the owner of What's On Disney Plus & DisKingdom. Email: Roger@WhatsOnDisneyPlus.com Twitter: Twitter.com/RogPalmerUK Facebook: Facebook.com/rogpalmeruk
View all posts
Tags: review, wedding season