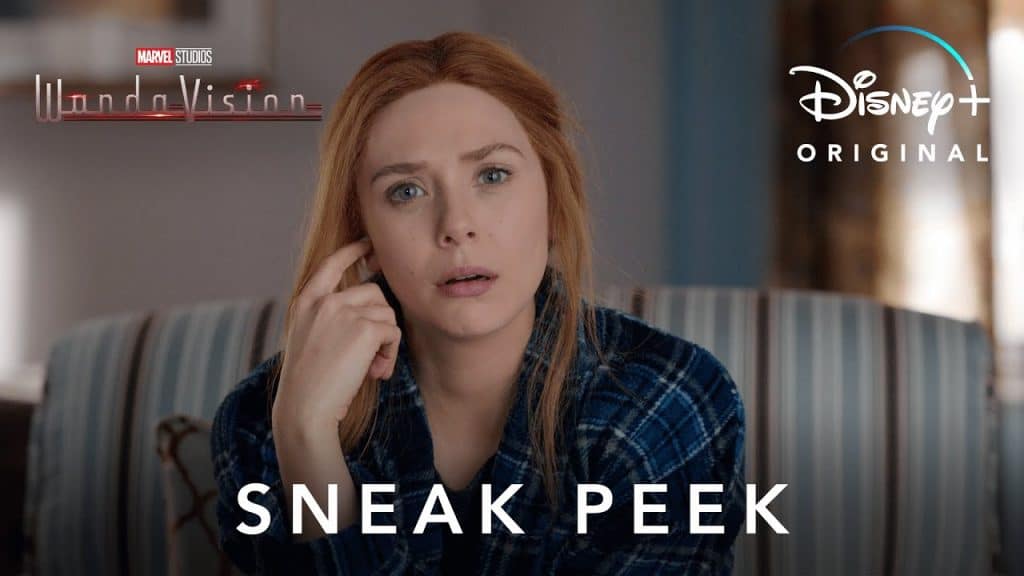 Disney has released a new video that gives a look at the events of the very revealing fourth episode of Marvel Studios’ “WandaVision”, which is now streaming exclusively on Disney+.   There is also a Special Look at the rest of the series, which is coming to Disney+ in February.

“WandaVision,” the first Marvel Studios series created exclusively for Disney+, stars Elizabeth Olsen as Wanda Maximoff, Paul Bettany as Vision, Kathryn Hahn as Agnes, and Teyonah Parris as Monica Rambeau, who was introduced to audiences in “Captain Marvel.” Kat Dennings will reprise her role as Darcy from “Thor” and “Thor: The Dark World,” and Randall Park will reprise his role as Jimmy Woo from “Ant-Man and The Wasp.” The series is directed by Matt Shakman with Jac Schaeffer as head writer.  Featuring nine episodes, “WandaVision” is now streaming on Disney+.