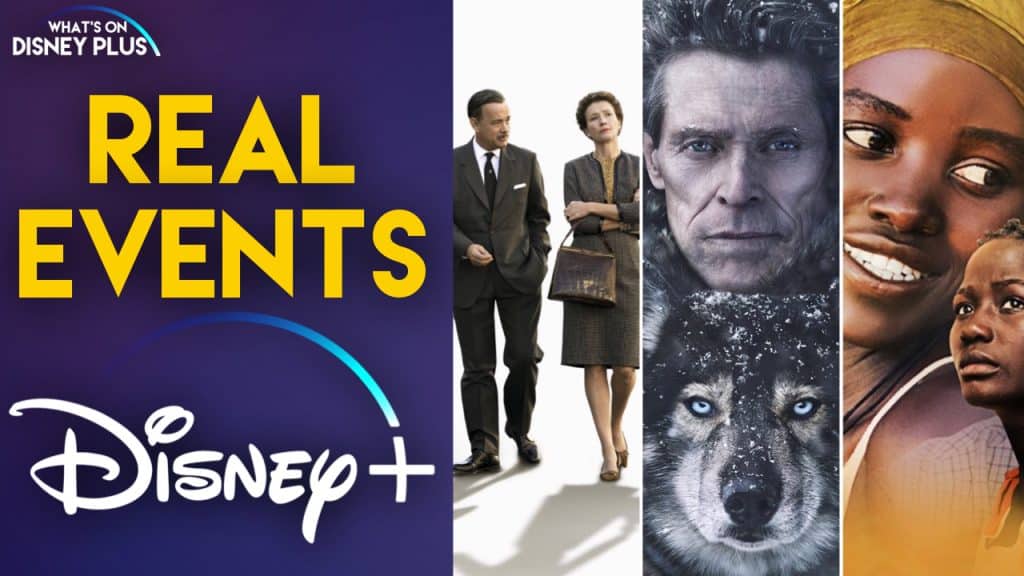 Biopics are as varied as life itself, depicting battlefield heroics, scientific discoveries, people facing nature’s worst storms, along with a thousand other scenarios. And, for decades, Disney and 20th Century Studios have produced some of the best films based on true events.

Our recent Best Disney+ Musicals and Top 10 Sports Films lists featured Remember the Titans with Denzel Washington and the star-studded Hamilton musical (among others), so we’re leaving aside titles already highlighted.

Here are the Top 10 Biopics currently on Disney … and five missing ones we hope to see added soon.

Directed by Randall Wallace (writer of Braveheart), this family drama starring Diane Lane (Under the Tuscan Sun) and John Malkovich (In the Line of Fire) highlights an unlikely Triple Crown winner — focusing on both personal and professional aspects of horse racing. 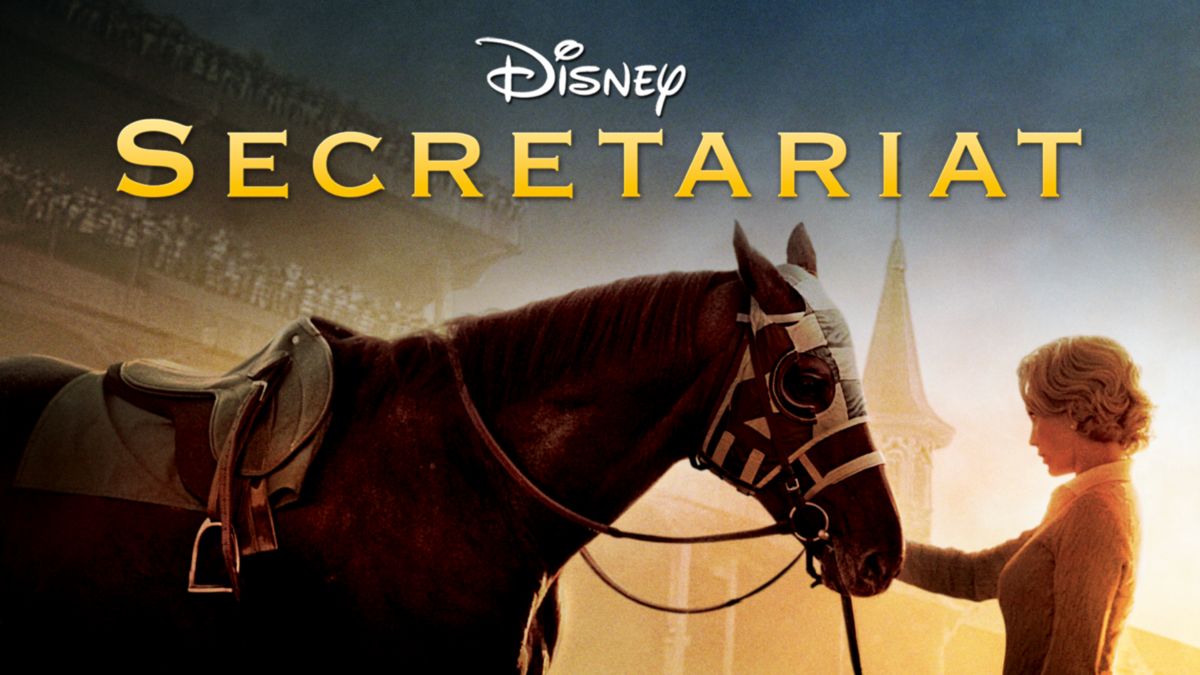 Set during the Vietnam War, Danny Glover (Lethal Weapon series) portrays a veteran Army captain paired up with an uptight officer (Ray Liotta of Goodfellas) in a secret mission to transport an elephant across 200 miles of rugged terrain. It’s similar to Cool Runnings in attempting to be a comedic biopic, though this fun flick strays much farther from actual events. 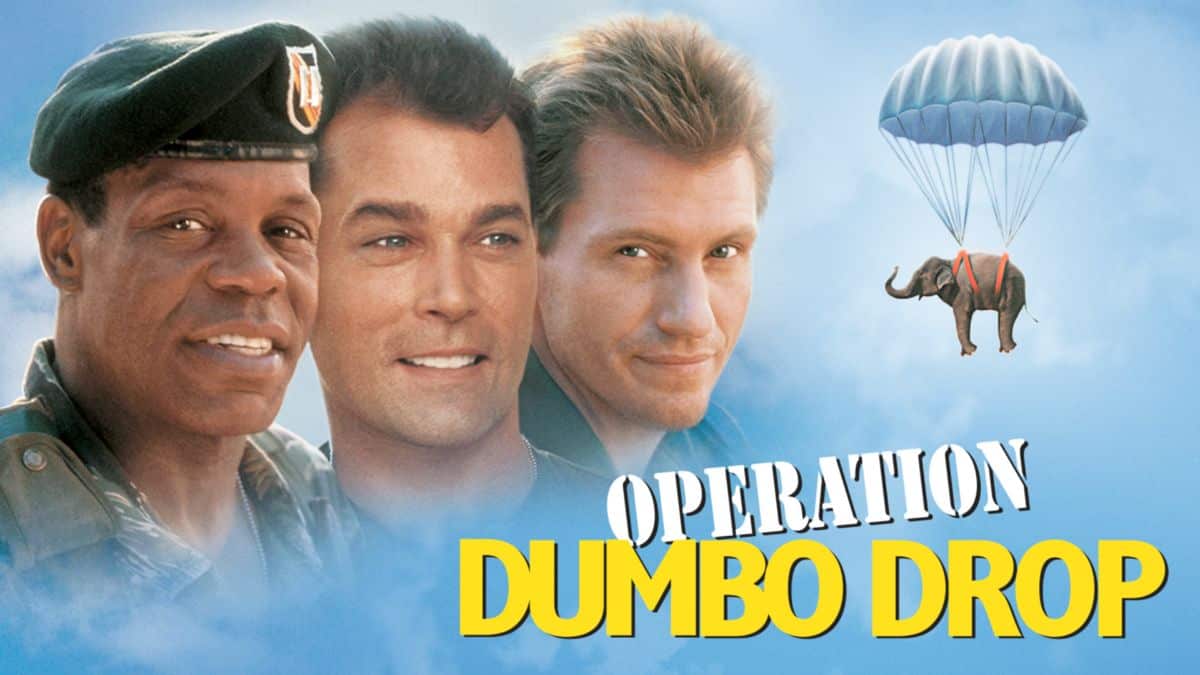 When an oil tanker is split in half, trapping its crew during a fierce storm, four coast guardsmen give their all to rescue the survivors. Chris Pine (Star Trek, Wonder Woman) stars as Captain Bernie Webber, who heads up the greatest small-boat rescue in U.S. Coast Guard history.

A Minnesota family is stunned to learn their teenage son Zach (Fin Argus) has months to live. With the help of songwriting friend Sammy (Sabrina Carpenter), and parents Rob (Tom Everett Scott of That Thing You Do) and Laura (Neve Campbell of Scream), he makes the most of his days by following his dreams in this faith-conscious film which premieres on October 16.

In the African nation of Uganda, a girl’s life changes forever when she discovers and develops an amazing talent for chess. David Oyelowo (Selma, The Butler) portrays her teacher, and Lupita Nyong’o (Black Panther, Us) stars as her mother in this celebration of the human spirit. 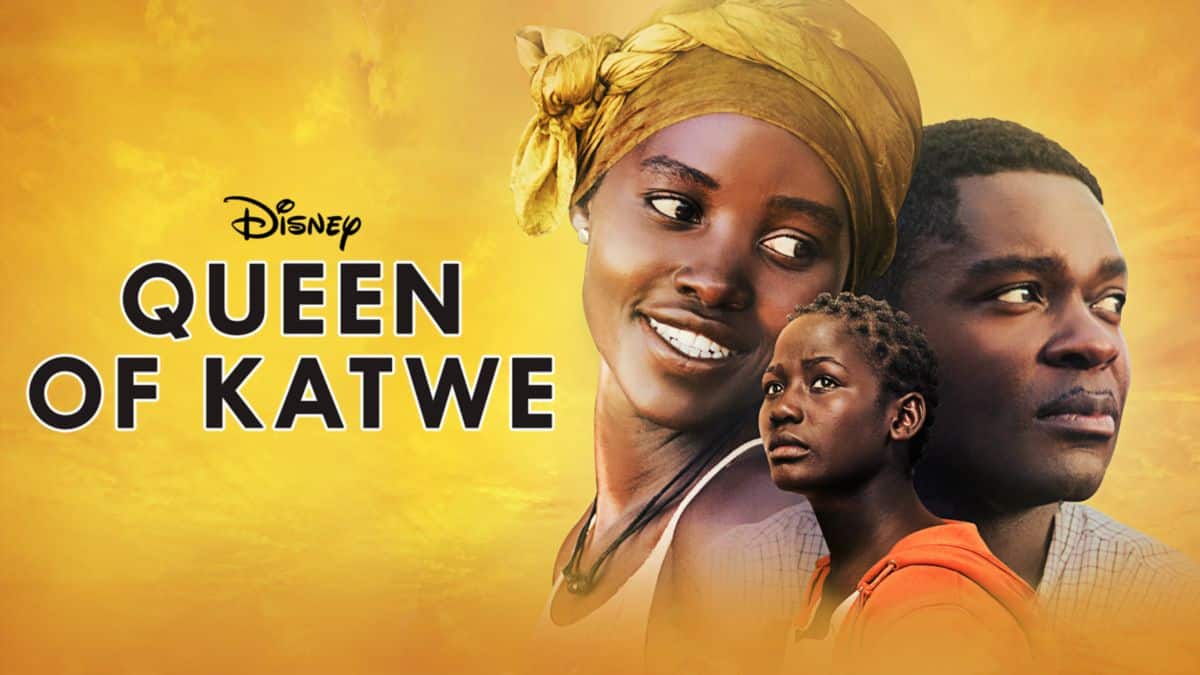 There was no bigger star than Fess Parker in 1950’s America, when the Disney-produced Davy Crockett TV series led to a run on coonskin caps. This film compiles several episodes into a film, including his war exploits, election to Congress, and his last stand in Texas at the Alamo. 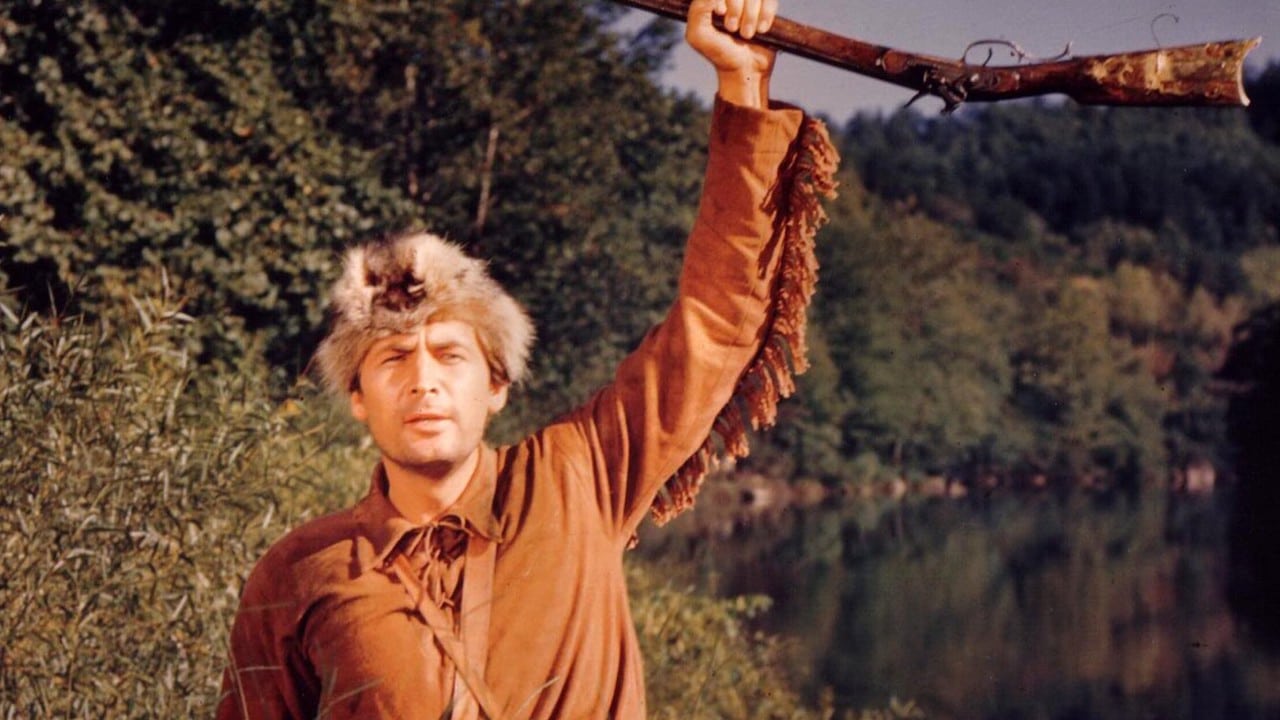 A few years after the Oscar-winning Schindler’s List, Disney produced this family-friendly dramatization of a little-known World War II story set in Denmark. A Danish medical doctor (Law & Order star Sam Waterston) and his family participate in a courageous covert mission to save more than 7,000 Jews from Nazi concentration camps. 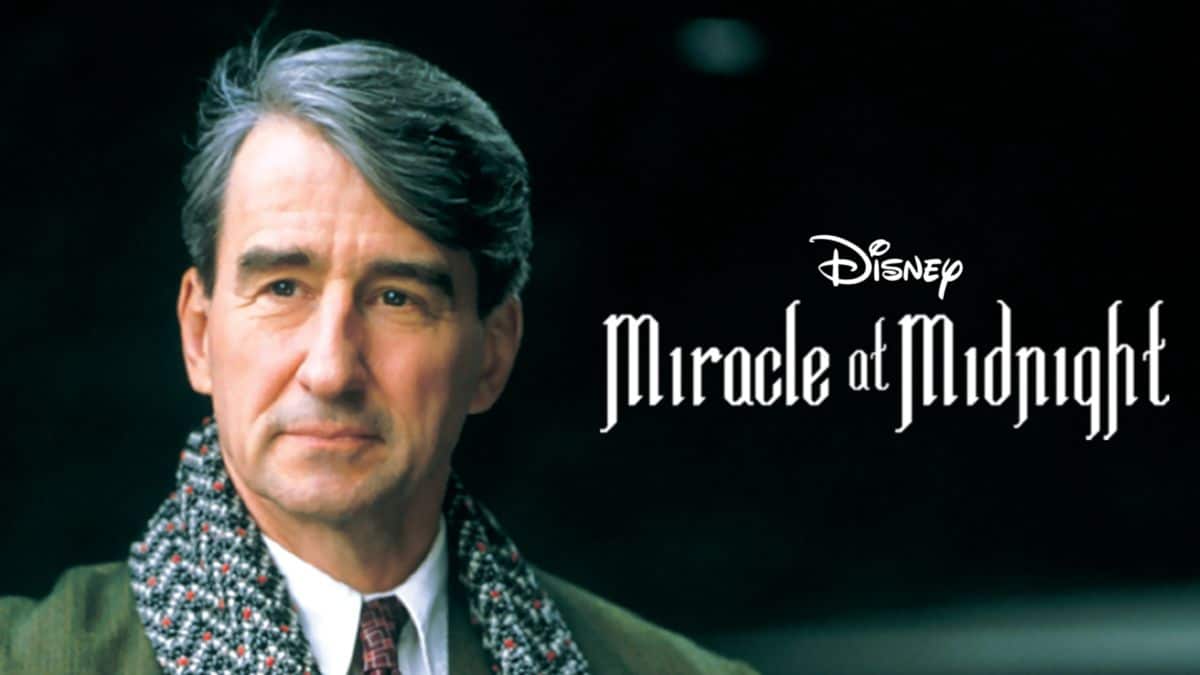 During the 1960’s Space Race, three African American women working at U.S. space agency NASA — Katherine Jonson (Taraji P. Henson of Empire), and her friends portrayed by Octavia Spencer (Self Made) and Janelle Monáe (Moonlight) — served as the brains behind the first launch of man into orbit around the earth. The inspiring trio overcomes racial discrimination and gender stereotypes in their heroic work. Hidden Figures releases Sept. 25 on Disney+ in the U.S. 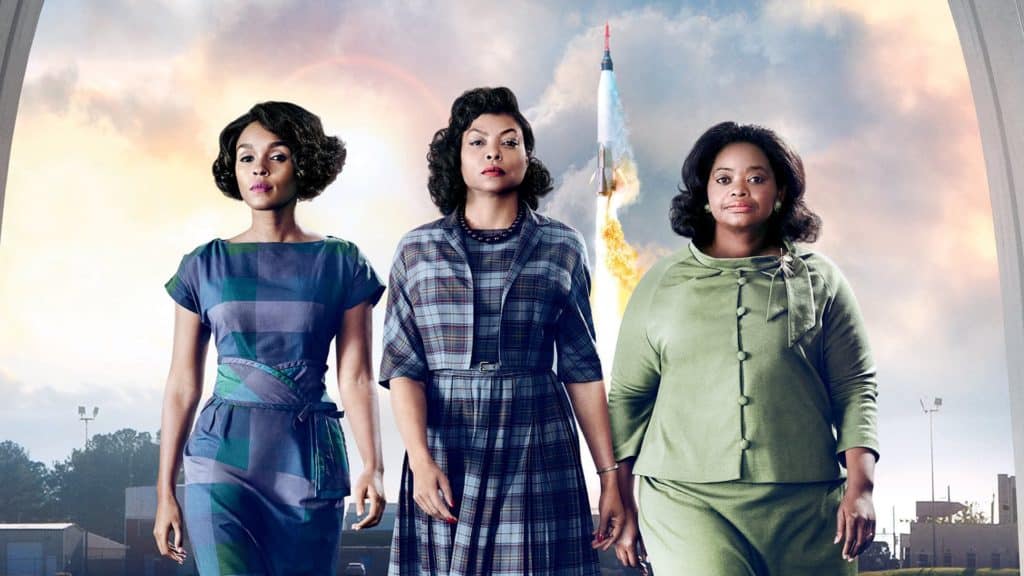 Set in the winter of 1925, Togo takes viewers across the treacherous terrain of the Alaskan tundra for an exhilarating, uplifting adventure that will test the strength, courage and determination of one man, Leonhard Seppala (Willem Dafoe of Spider-Man fame), and his lead sled dog, Togo. 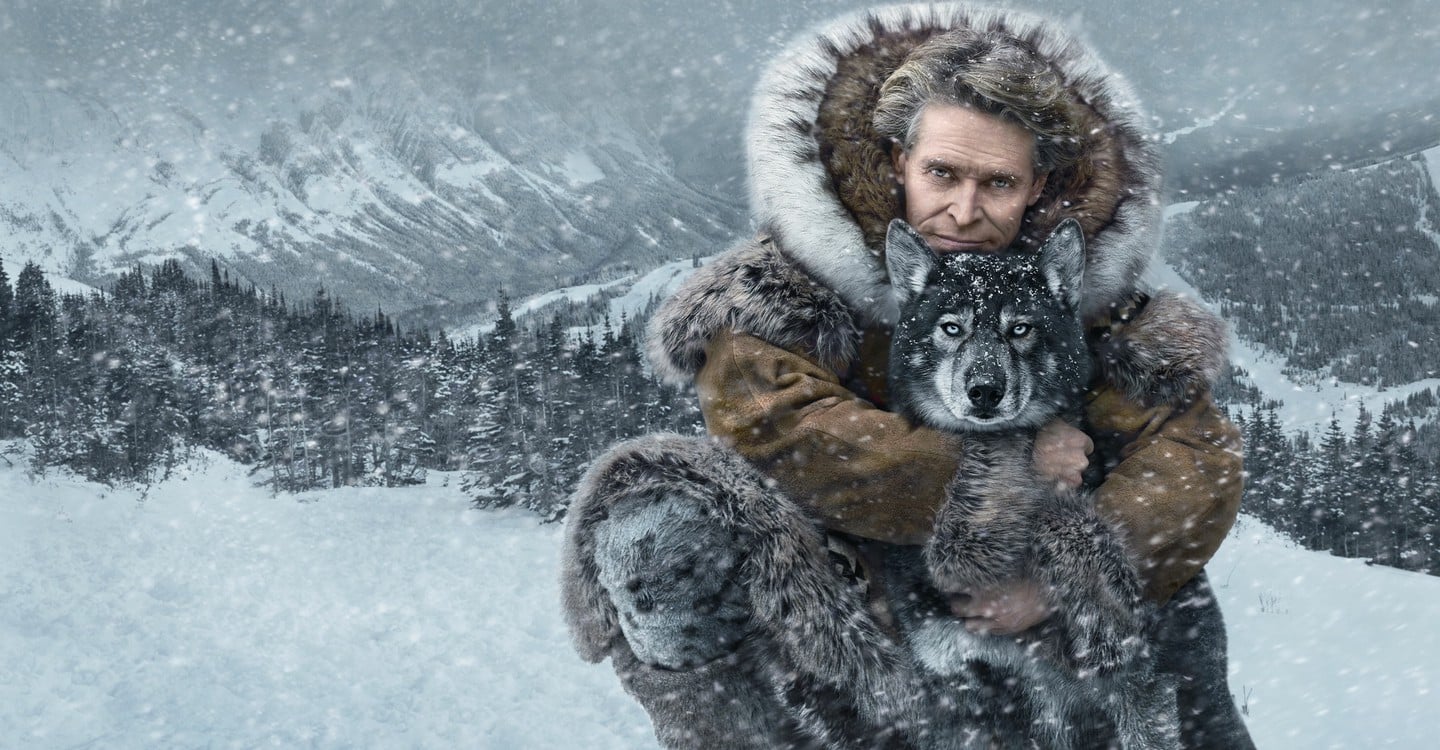 A film about the contentious process of making Disney’s Oscar-winning film Mary Poppins—and released 50 years from the original’s debut—seems hardly much more than a nostalgia trip. Thanks to stellar performances by Emma Thompson (Sense and Sensibility) as British author P.L Travers and Tom Hanks as Walt Disney, their thorny relationship comes alive with humor and complexity. Though it takes liberties with true events, it reminds us why storytelling matters.

5 Disney-Owned Biopics Missing On Disney Plus

As the Nazi regime takes over, a group of young jazz enthusiasts in Germany (including teenage Christian Bale, long before The Dark Knight trilogy) stands up for their Jewish friend facing violent discrimination… while one joins the Third Reich. Viewers come to see how the prevailing ideology corrupts friendships and liberty itself. 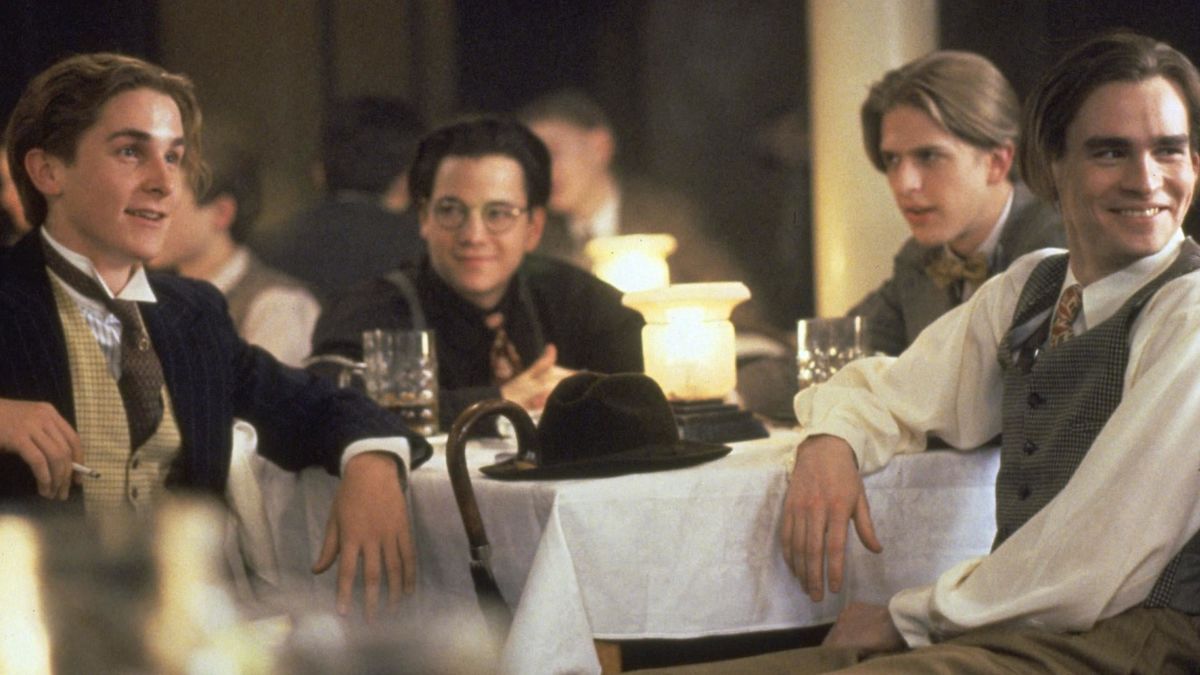 A group of 22 Union Army spies goes behind Confederate lines in Atlanta to break up their supply lines and hasten the end of the Civil War. This film meant so much to Walt Disney, he held the film’s Midwest premiere in his hometown of Marceline, Missouri. 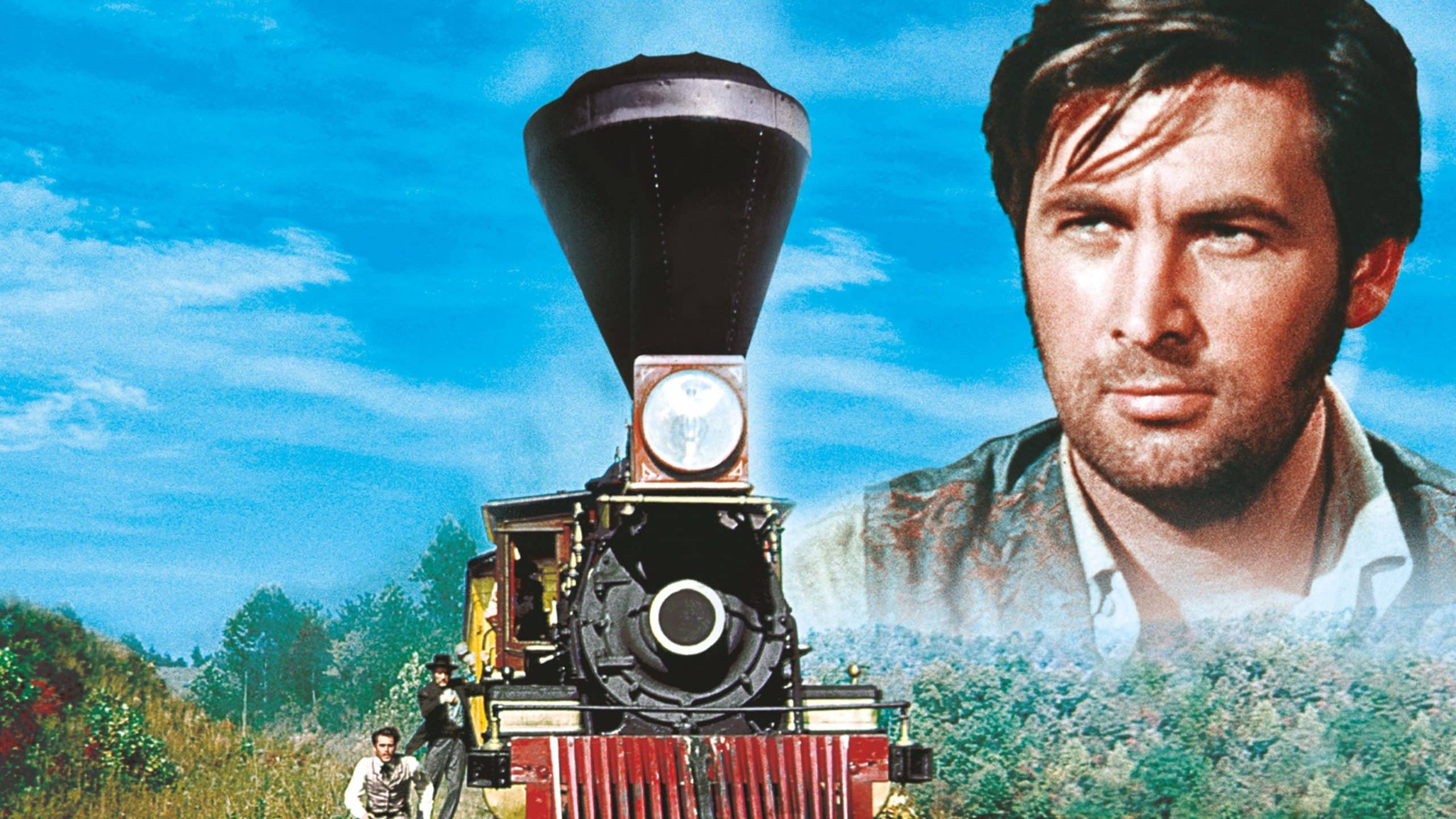 In this Searchlight Pictures release, the mixed-race daughter (Gugu Mbatha-Raw of The Morning Show, Beauty and the Beast) of an aristocrat must face down discrimination in pre-Victorian England. Her public witness to truth plays a vital role in a case that contributed to the abolition of the slave trade. 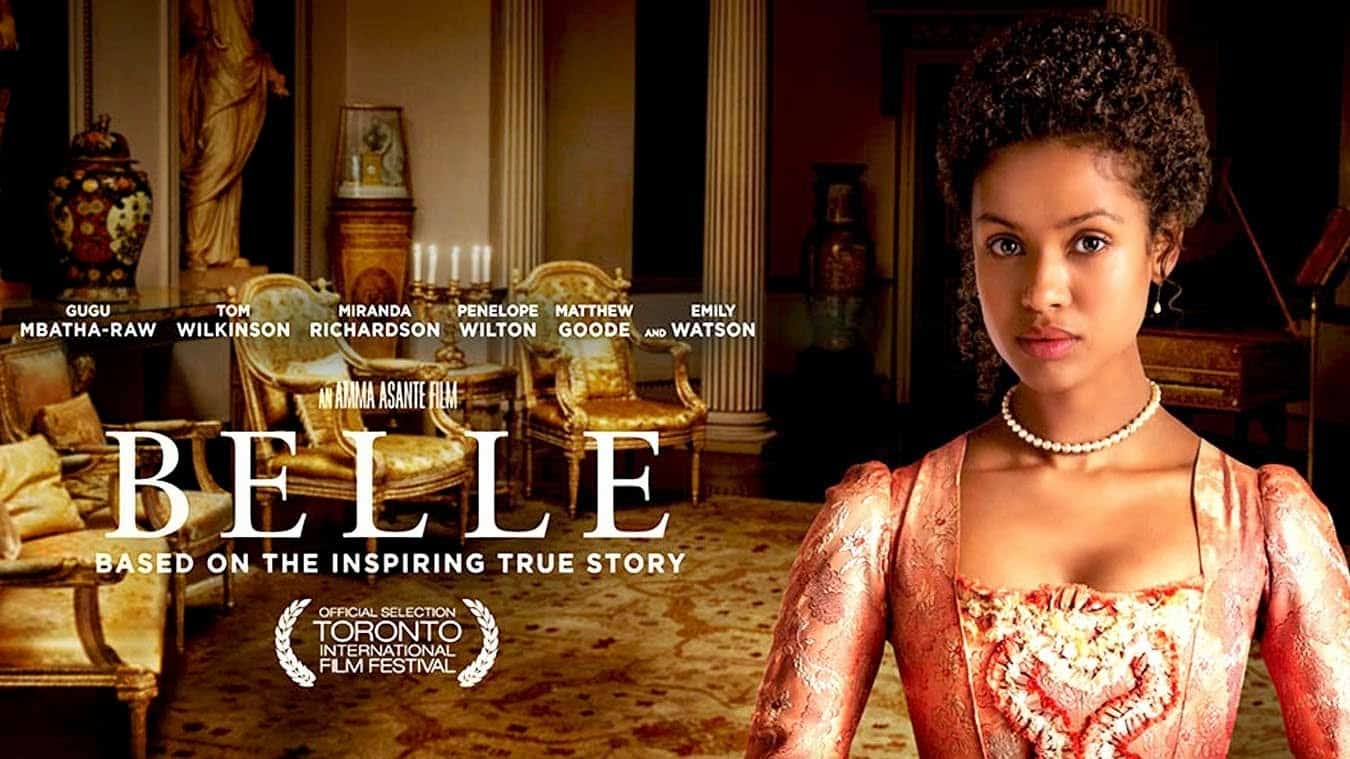 At the height of World War II, the world-renowned Lipizzaner Stallions are trapped at a riding school in Vienna. Austrian forces work alongside U.S. General George S. Patton to evacuate and protect them from coming into enemy hands, in a film starring Robert Taylor (Quo Vadis). 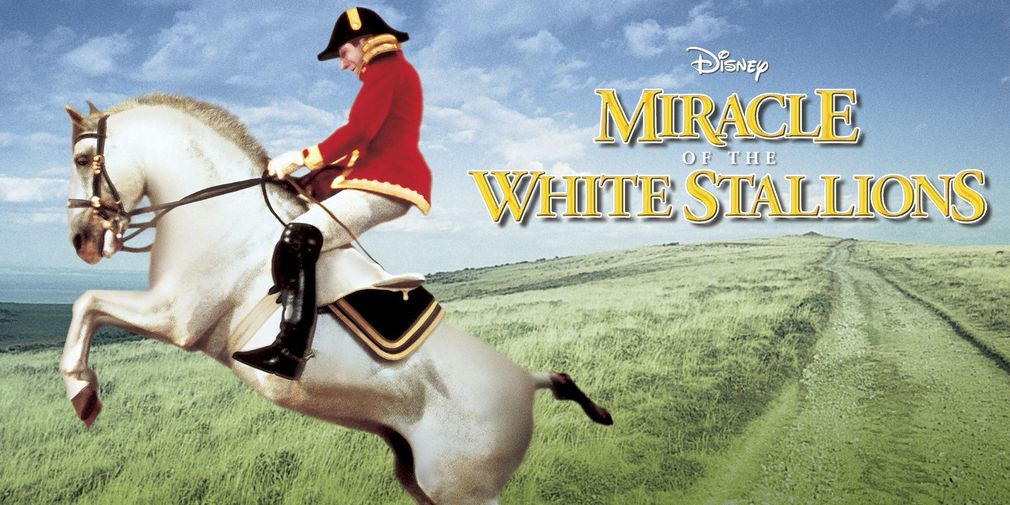 From director Steven Spielberg (Jurassic Park) and screenwriter Tony Kushner (Munich), one of the most acclaimed political dramas ever centers on the final four months of Abraham Lincoln’s presidency, at the close of the U.S. Civil War. Award-winning star Daniel Day-Lewis (There Will Be Blood) brings the iconic figure to life, in a film that reveals how moral courage plays out in politics just as on the battlefield. 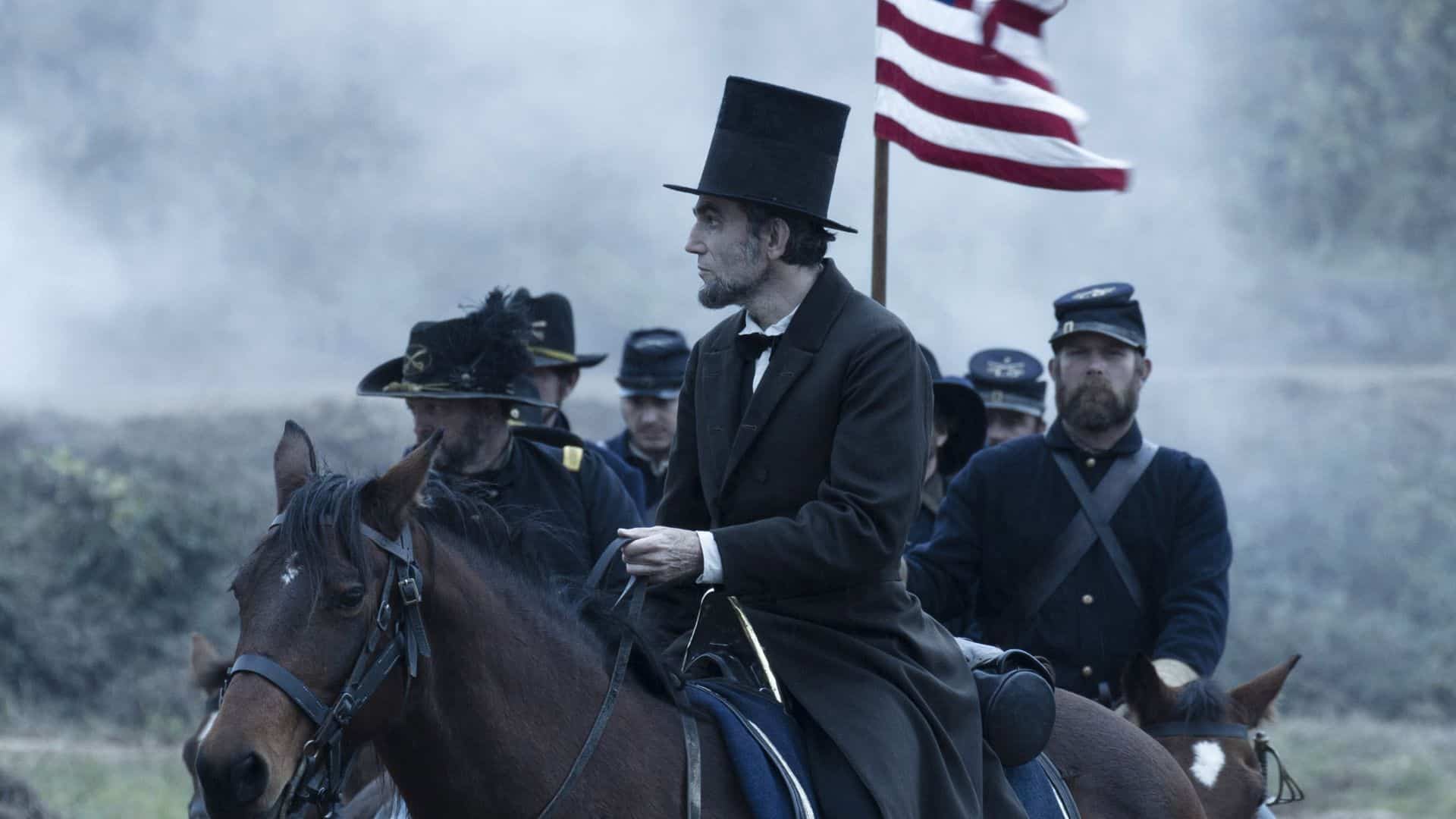 Which biopic currently on Disney+ is your favorite? Are there other unreleased Disney biopics you hope will release? Comment below to join the dialogue.

Freelance journalist Josh M. Shepherd covers culture and entertainment for several media outlets, including articles on Disney Plus, the surprising impact of Mary Poppins and Disney nostalgia. A graduate of the University of Colorado, Josh and his wife live in the Washington, D.C. area with their son.
View all posts
Tags: biopics