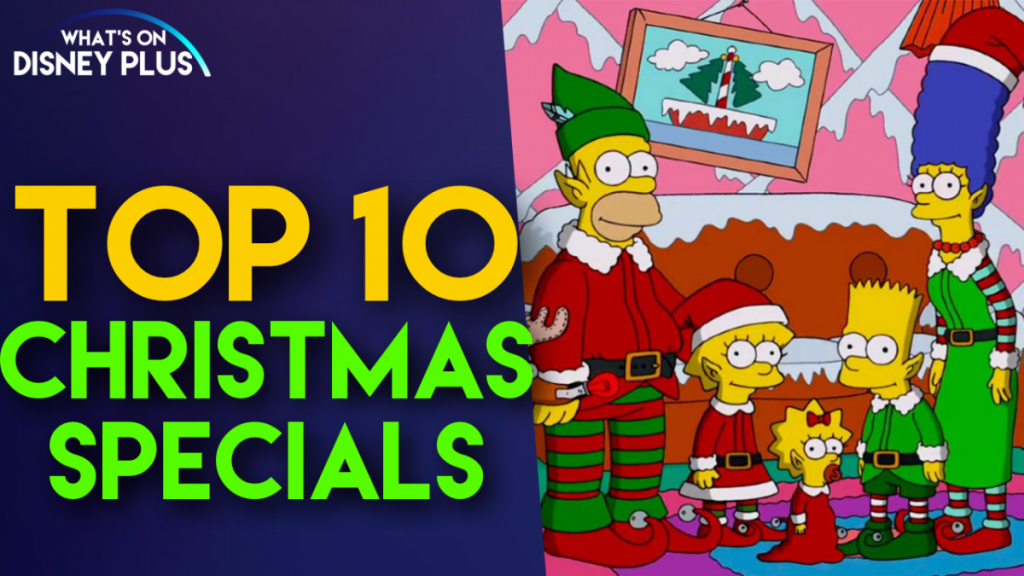 Over the last 30 seasons, The Simpsons has seen many holiday specials and in this list, I’ll give you a rundown, in no particular order, of the top 10 episodes available on Disney+ right now to get you in the Christmas spirit.

Marge gets depressed when the rest of the family does not get into the holiday spirit, and she writes a letter, hoping to get some help; Mr. Burns and Moe’s new friend delay the Simpsons as they attempt to travel to Hawaii for the holiday. 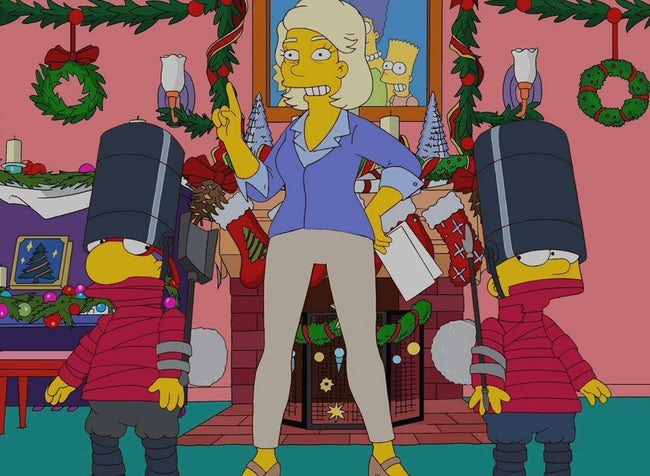 Desperate for money, the First Church of Springfield plans to rent out its wall space to local advertisers. Horrified at the living commercial the church has become, Lisa withdraws herself from the church and converts to Buddhism. 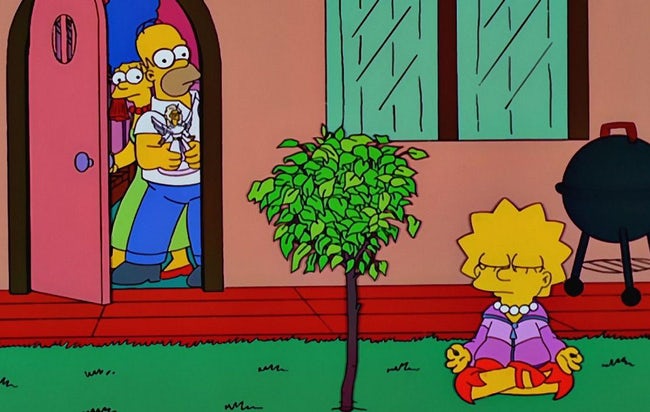 People throughout Springfield open their hearts—and wallets—after Bart accidentally burns the family’s Christmas presents and claims they were stolen by a burglar, but when the truth is alas revealed, the Simpsons find themselves pariahs. 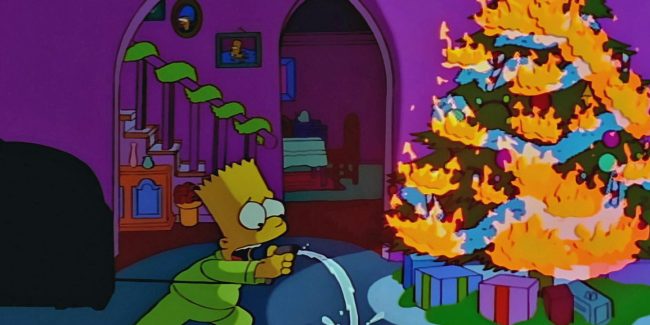 After spending all his money on an expensive gift for himself, and the family thinking he should be less of an egoist, Homer decides to change his ways. 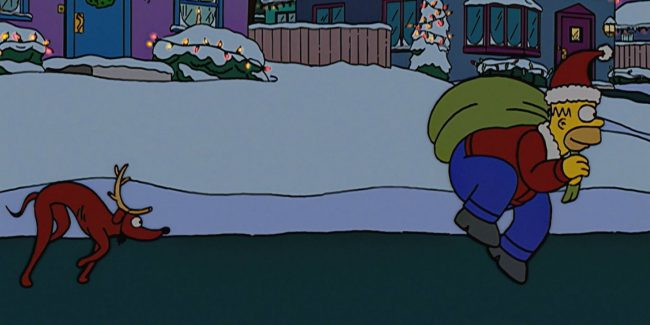 At Christmas 30 years in the future, Bart and Lisa bring their kids to Homer and Marge’s house. When there, they learn about parenting and loving your family. Meanwhile, a pregnant Maggie is traveling to visit her family and falls into labor after arriving in Springfield. 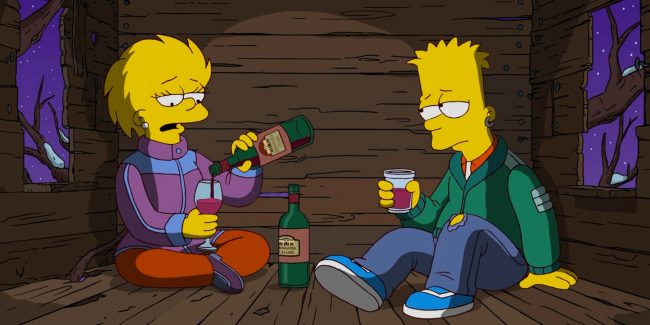 Homer tells the tale of the first Christmas ever, while Grandpa pursues his decade-old feud with Santa. 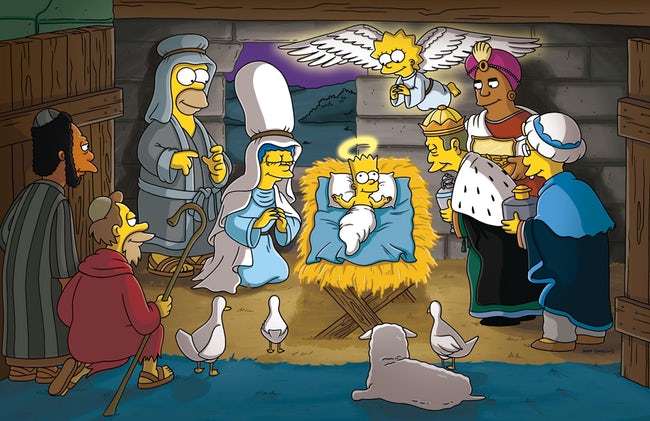 Marge’s relationship with Bart is strained when he is caught shoplifting before Christmas. 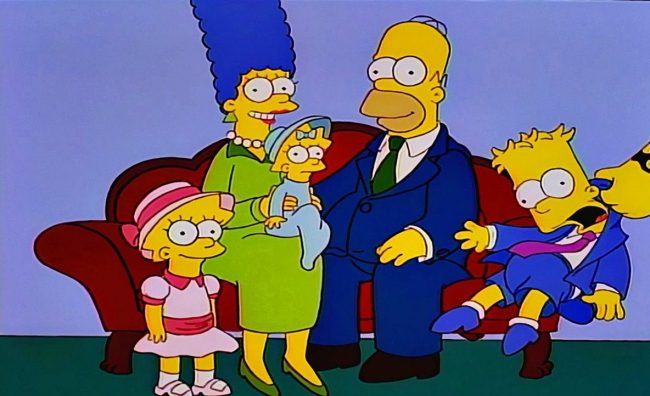 Marge kicks Homer out of the house after Moe convinces him to stay out all night on Christmas Eve at his tavern. Depressed, Homer takes a lonely walk through Springfield instead of being with his family. 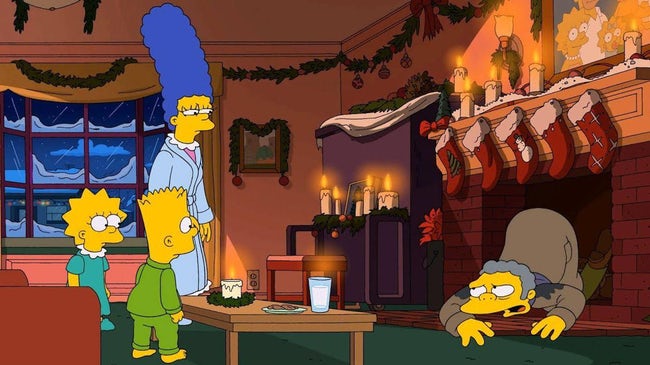 A sinister toy company unveils Funzo, the next “Tickle Me Elmo”-style fad to Springfield’s Christmas shoppers. The toy is a huge success, in part because it is programmed to destroy other toys. 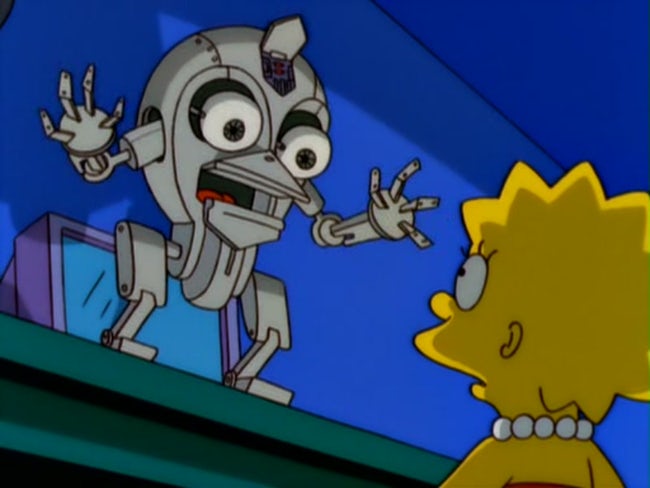 The family is forced to spend all of their savings to get Bart’s new tattoo removed, and with no money Christmas, Homer is forced to become a store Santa. 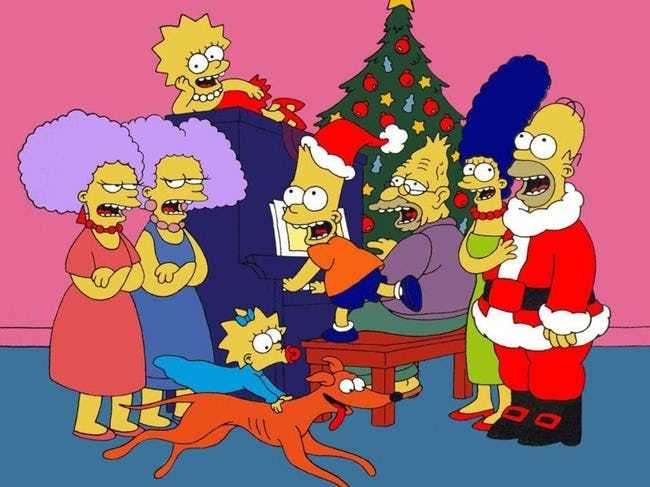 What is your favourite Simpsons Christmas episode?