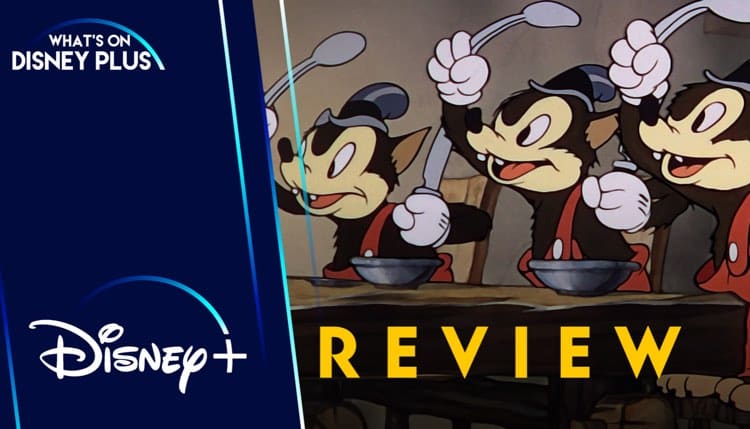 This is a very interesting way of combining the stories of “The Three Little Pigs” with “The Boy Who Cried Wolf.” The two pigs who don’t help Practical Pig end up serving as the boy in this short. They pull pranks too many times leading to them being captured when a real threat is upon them. Meanwhile, the Big Bad Wolf is still trying to capture the three pigs who escaped him twice before. It takes two classic fables and combines them into one well-animated story. Plus, it brings back the excellent “Who’s Afraid of the Big Bad Wolf?” song from the previous shorts featuring these characters. That’s a catchy song that I’ve been singing on and off since watching the first one. There is a bit of diminishing returns involved here as I don’t view this short as good as the first one featuring the Big Bad Wolf and the Three Little Pigs. However, I do find this one to be more enjoyable than the second one, so the returns aren’t completely diminished. I think went to the well one time too many with this trilogy of shorts, but that’s only because of the middle one. If this were the follow up to the first short, I think I would enjoy this one more because I wouldn’t have seen them too much beforehand.

Overall, I enjoyed this trilogy of shorts, even though I don’t think there needed to be three of them. None of them were bad. This is my second favorite of the three. I just hope they don’t show up again too soon in the order of shorts on Disney+. I’m trying to watch them in order and I think I need a break before I see the same characters again. Obviously, overconsumption wasn’t a concern in the 1930s and the animators did a wonderful job making an enjoyable short. This is some of Disney’s best work and if my only complaint is that I’m seeing them too much in a time when almost everything is at my fingertips, that’s a good complaint to have.

What did you think of “Three Little Wolves?”

Jeremy has been a big Disney fan since he was a kid growing up during the Disney Renaissance. One day he hopes to go to every Disney Park in the world.
View all posts
Tags: disney, retro review, Reviews, Three Little Wolves, Walt Disney Animation Studios