Disney has announced details on the home video release of the 20th Century Studios movie, “The New Mutants”.  It will be released on Digital, 4K Ultra HD™, Blu-ray™ and DVD on November 17th.

In this action-filled film, five young people who demonstrate special powers are forced to undergo treatment at a secret institution – allegedly to cure them of the dangers of their powers. But it’s soon clear that their containment is part of a much bigger battle between the forces of good and evil!

Check out “The New Mutants” cover art below: 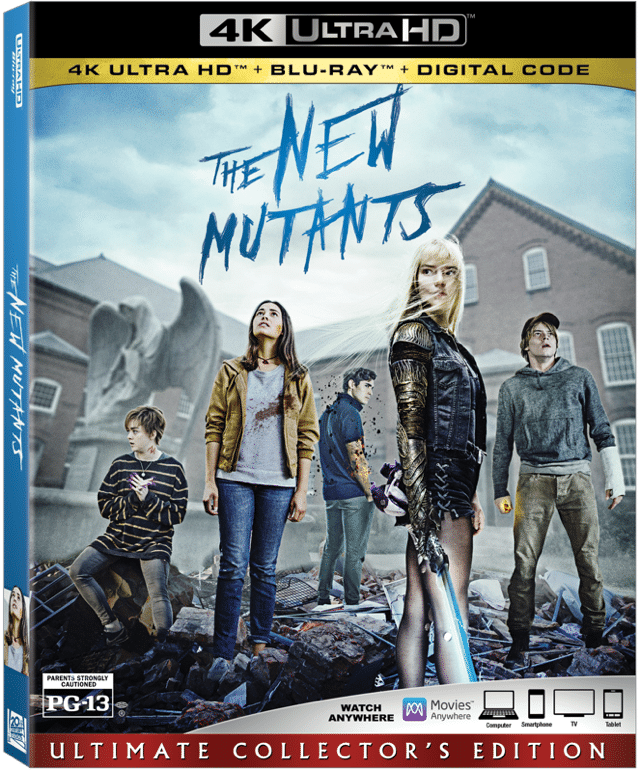 “The New Mutants” will take longer to arrive on Disney+ in the United States due to an existing streaming contract with HBO, however internationally this isn’t an issue and will hopefully be added alongside the other PG-13 rated Marvel X-Men movies soon.

Will you be adding “The New Mutants” to your collection?