Disney has released some new details on a new documentary series called “The Imagineering Story”, which will consist of 6 episodes and will be available exclusively on Disney+ on November 12th. 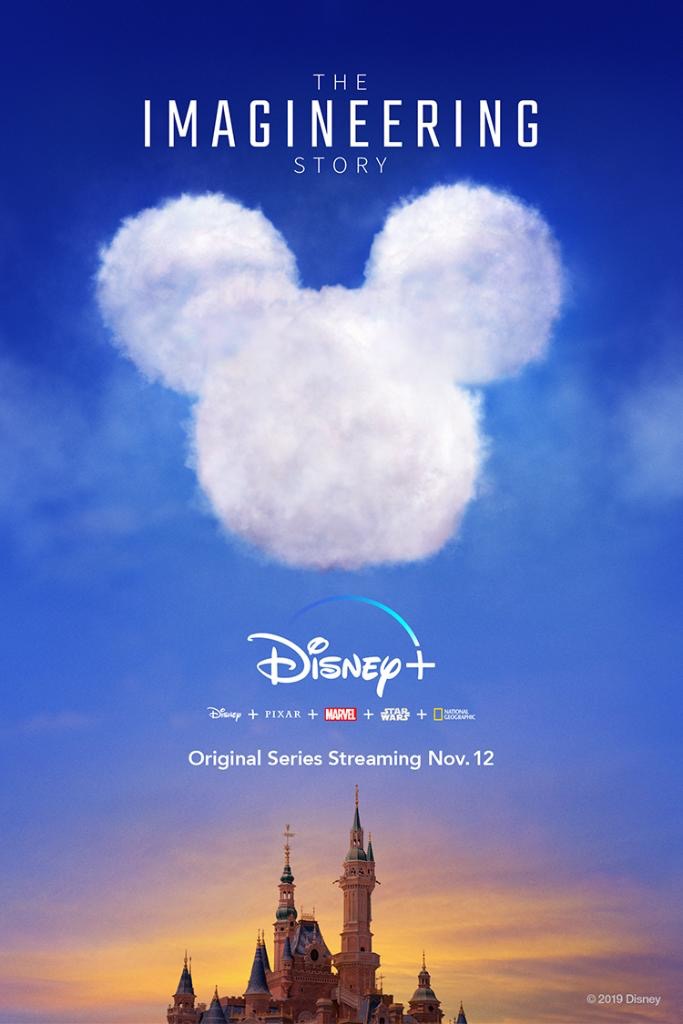 The project has been floating around within Disney for a number of years, back at the D23 Expo in 2015, a trailer was released for a film, however it wasn’t released in 2016 and was held back for Disney+.

Here is the official description for the series:

Behind the magic of every Disney theme park lay mud, sweat and fears. Creating happiness is hard work. For nearly seventy years, a unique blend of artists and engineers have cultivated an impossible notion from the mind of one man, Walt Disney, into a global phenomenon that touches the hearts of millions. These designers are called –Imagineers.

Given unprecedented access, Academy-Award nominated filmmaker, Leslie Iwerks, leads the viewer on a journey behind the curtains of Walt Disney Imagineering, the little-known design and development center of The Walt Disney Company, to discover what it takes to create, design and build twelve Disney theme parks around the world.

The story of Walt Disney has been told. The story of animation has been told. But the story of Imagineering lies deep within the essence of Disney, starting with its founder, Walt himself. This six-hour series chronicles its history -an organization best described as equal parts artist studio, design center, think tank and innovation laboratory. This is where an eclectic group of creative people bring ideas to life. They’re responsible for making make believe believable inside the Happiest Places on Earth.

People are connected to the Imagineers through their work, and yet, they remain a mystery. Three narrative threads intertwine through the decades -the spirit of the designers, the skill of the craft, and the drama of the theme park business. The viewer goes behind the scenes to witness the creation of Disneyland and every subsequent theme park, from Epcot and Disney’s Animal Kingdom to the parks in Tokyo, Paris and Shanghai. The viewer sees the trials and tribulations as well as the joys and successes, behind the making of classic attractions -from Pirates of the Caribbean and Haunted Mansion to new favorites like Cars Land and Star Wars: Galaxy’s Edge.

From the words of the designers themselves and through never-before-seen archival footage, the viewer discovers who made these places and why.Guests sense that these places and these attractions grow from the heart of someone. This isn’t a corporate product put out there. Imagineers pour their hearts out there for guests to walk through and experience. These projects do change the world. They are places of acceptance, reassurance and optimism during troubling times.Conceptually, Imagineering appears a similar place as it did under Walt. Very few companies have that creative DNA of continuity. The process has changed, the people have changed, but the fundamentals of who they are, remains.

Today’s Imagineers stand on the shoulders of those who came before. The keys to their future success lie in the culmination of nearly seventy years of lessons learned -tribal knowledge passed down through the generations. Once a spark of inspiration in Walt Disney’s mind, now the sun never sets on a Disney Park somewhere in the world.

Narrated by Angela Bassett, “The Imagineering Story” is executive produced by Leslie Iwerks and produced by Michael E. Tang for Iwerks & Co.

“The Imagineering Story” premieres November 12, 2019, streaming only on Disney+.

Are you excited for “The Imagineering Story”?

Roger has been a Disney fan since he was a kid and this interest has grown over the years. He has visited Disney Parks around the globe and has a vast collection of Disney movies and collectibles. He is the owner of What's On Disney Plus & DisKingdom. Email: Roger@WhatsOnDisneyPlus.com Twitter: Twitter.com/RogPalmerUK Facebook: Facebook.com/rogpalmeruk
View all posts
Tags: disney, the imagineering story