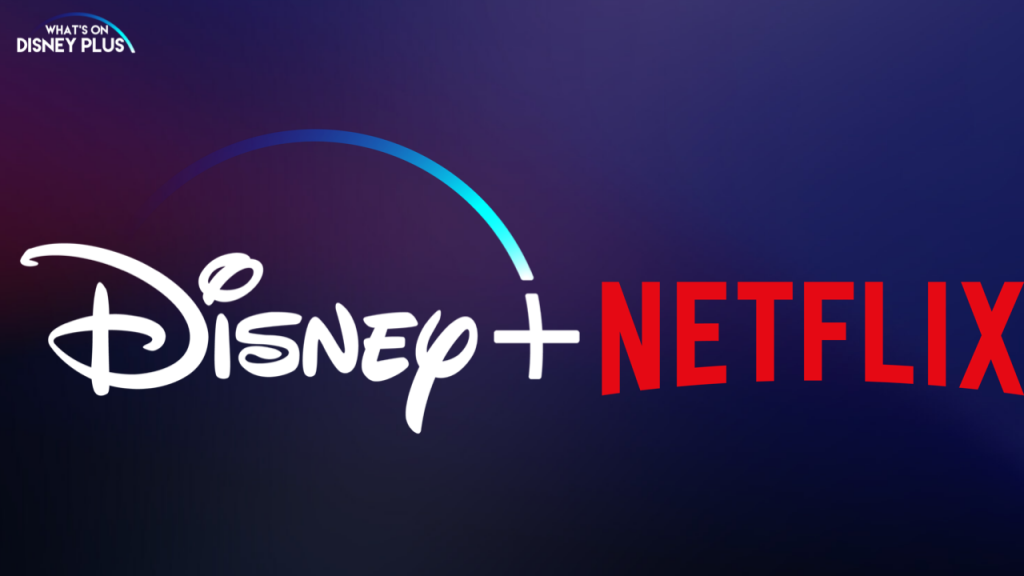 While the Netflix CEO Reed Hastings has recently been talking about how all the new streaming services, such as WarnerMedia and Disney+, won’t effect his company, a recent survey by Geek.com, has shown that Disney+ could have a big impact on their subscribers.

In the past couple of weeks since Disney unveiled more details on its new streaming platform, Disney+, Netflix has come under fire from multiple angles because its the biggest name in the streaming business.  Especially from customers worried about having too many subscriptions, since by next year, there will be Netflix, Amazon Prime, Hulu, Disney+, WarnerMedia, Apple TV+ and Comcast services running.  And this is a big issue for Netflix, as subscribers start cutting back on their subscriptions.

This survey of 1500 people, has shown that 23% of the respondents have said they would leave Netflix if all Disney movies and shows left the platform.  Which will be happening within the next year, once existing contracts expire and other legacy titles are removed. 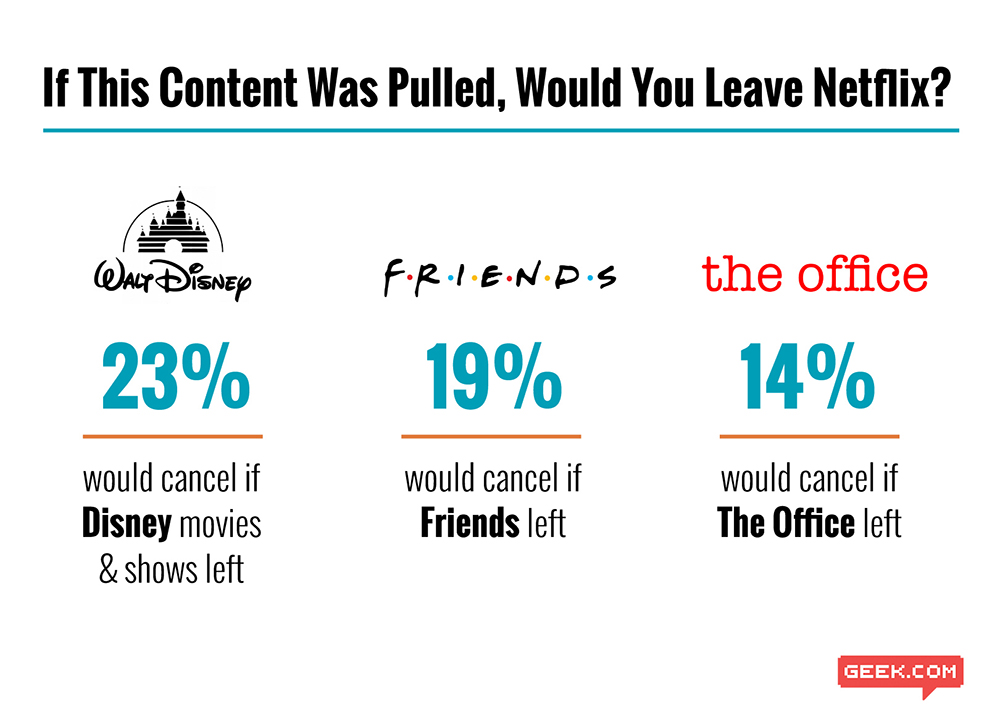 From this survey, 28% of respondents between the ages of 18 and 24 said they would no longer be interested in Netflix if there wasn’t any Disney content. Respondents outside of this demographic also prefer Disney-related movies and TV shows: More than a quarter (23 percent) said they would end their subscription if Disney left Netflix.

And this survey also shows how WarnerMedia and Comcast will also be cutting into Netflix’s subscribers, with shows such as Friends and The Office, also being major reasons why people could leave Netflix.

The survey was also conducted in February, so it would be interesting to see how the results could be different now that more details on Disney+ have been revealed.

It’s worth noting that this is just a survey and the people asked, might not actually unsubscribe from Netflix if this content was pulled.  However, it is a major concern for Netflix, who have been spending billions of dollars on creating new original content, in order to offset the loses of major content providers such as Disney, Universal and Warner Brothers.

Netflix have recently stated they believe the new competition from Disney+ will help encourage more subscribers since people will be more willing to drop traditional cable services and sign up to multiple streaming services instead.  And while Netflix was once the only streaming service around, that’s no longer the case and people will subscribe to more than one.

Will you still subscribe to Netflix when Disney+ arrives?