The smash-hit series, Star Wars: The Mandalorian has picked up another two Emmy’s, “Outstanding Stunt Coordination for a Drama Series, Limited Series or Movie” and “Outstanding Music Composition for a Series (Original Dramatic Score)”.

Earlier in the week, Star Wars: The Mandalorian picked up 5 other Emmy awards, putting the shows total tally up to 7 Emmy’s.   This year’s Emmy’s event has been held virtually due to the Coronavirus.

This is Ludwig Göransson’s first Emmy and it means he is closer to getting EGOT status since he has already won an Oscar and a Grammy for his work on the Black Panther soundtrack. 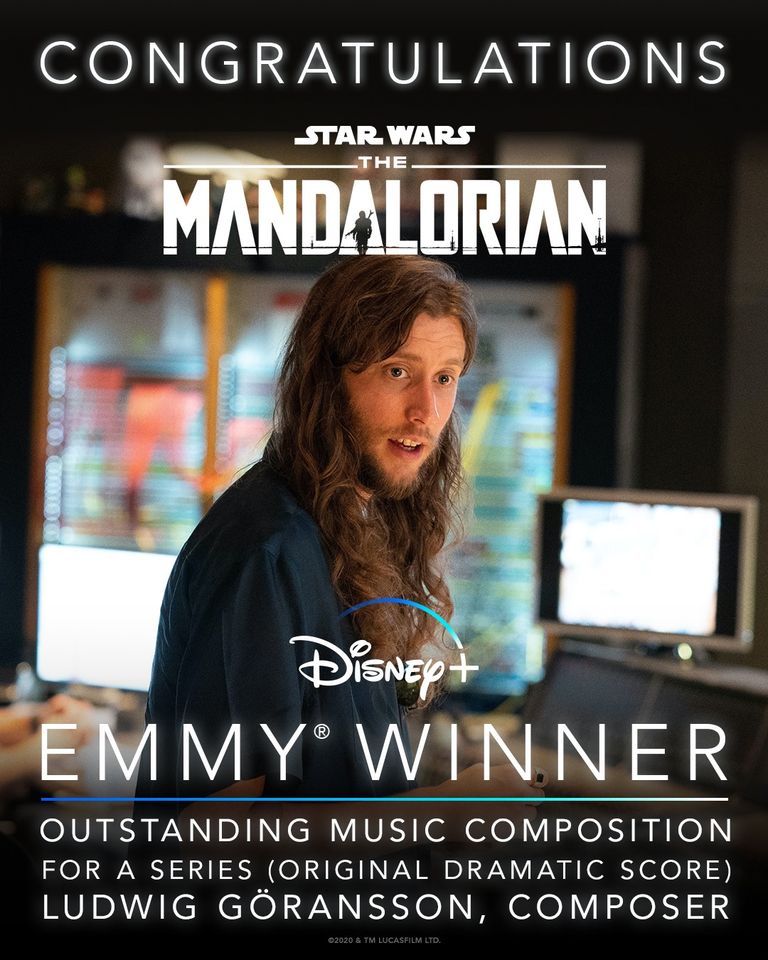 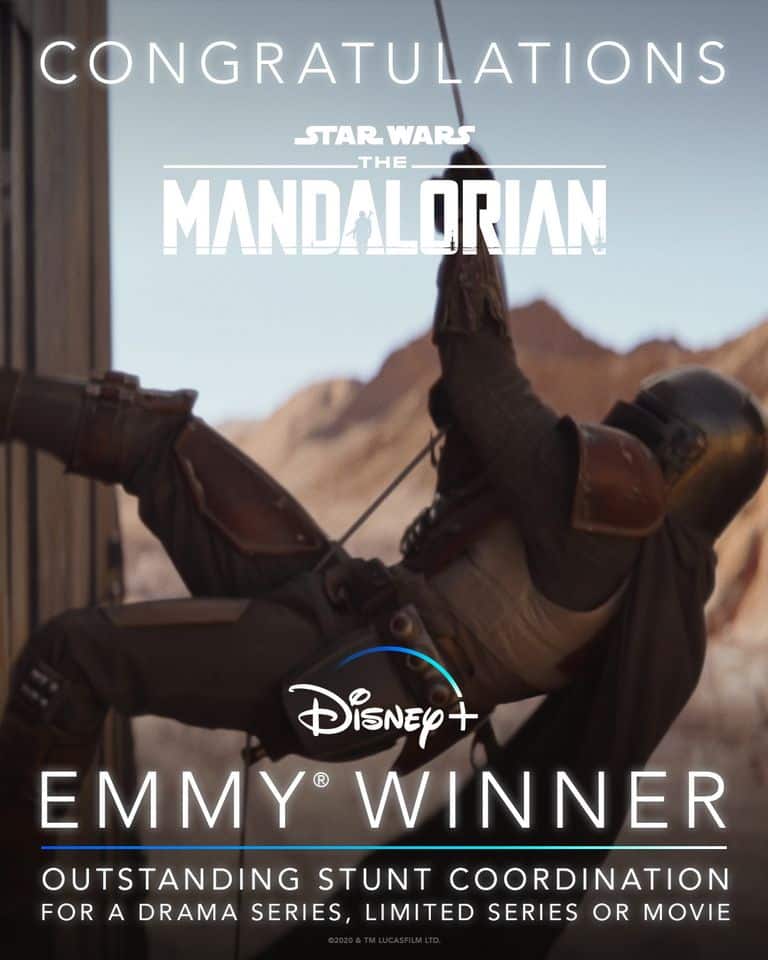 Ludwig took to social media to thank the shows creators Jon Favreau and Dave Filoni for creating the series and hiring him to work on it.

Thank you to the Academy for this honor and for all of the recognition the Mandalorian has received this Emmy season.
Thank you @Jon_Favreau and @dave_filoni for creating this groundbreaking series and for giving me the opportunity to cross genres and boundaries with the score. pic.twitter.com/RjA39oMRJl

The first season of Star Wars: The Mandalorian is available on Disney+ now and the show will be returning for a second season on October 30th.

Roger has been a Disney fan since he was a kid and this interest has grown over the years. He has visited Disney Parks around the globe and has a vast collection of Disney movies and collectibles. He is the owner of What's On Disney Plus & DisKingdom. Email: Roger@WhatsOnDisneyPlus.com Twitter: Twitter.com/RogPalmerUK Facebook: Facebook.com/rogpalmeruk
View all posts
Tags: disney, emmys, the mandalorian