As the United States sees an increase in shark sightings, teams take to the air to get a bird’s eye view of how many sharks are close to beaches in the documentary, “Sky Sharks.” Teams use drones and planes to discover thousands of sharks making their way near people and trying to determine how much danger the people are really in. Plus, we learn how easy it is for a shark to disguise itself when you’re at sea level but can’t hide when you’re viewing from the sky.

This was a very intriguing documentary. I live in New England, so we have reports of great white sharks sightings every summer, but very few attacks. It has always made me curious how many sharks may be surrounding us while we’re in the ocean without us ever realizing it. While this documentary focuses on Southern California and Southern Florida, the concept is still the same, except the water is warmer in those climates leading to more species of sharks in those areas. 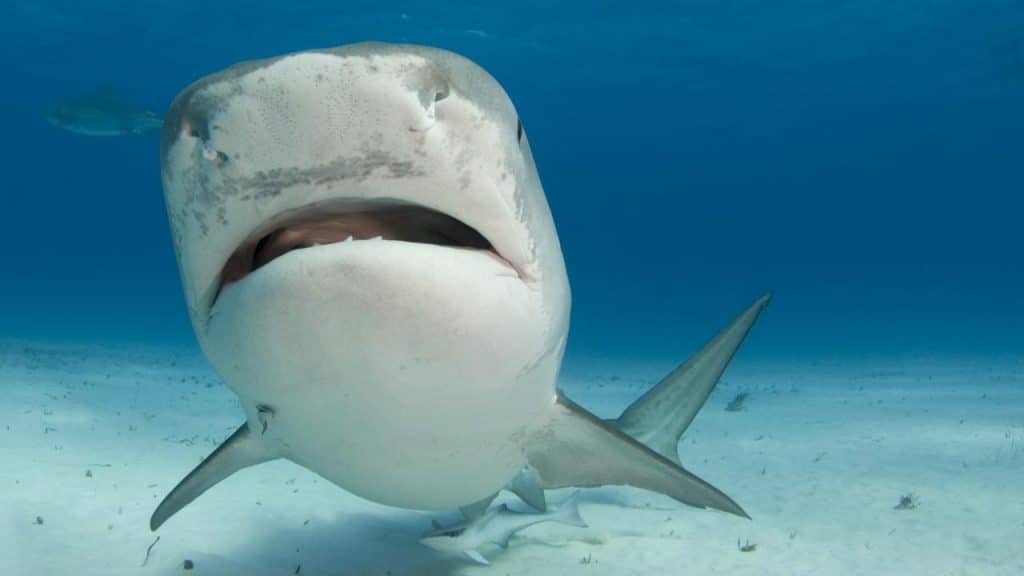 The coolest part, no pun intended, of this documentary was seeing the shark nurseries. Pregnant sharks will go to warmer waters to incubate their young and then give birth. The younger sharks will stay in the warmer water until they mature and can venture safely into the cooler waters away from shore. It leads to a lot of swimmers and surfers sharing the waters with sharks. It was absolutely amazing to see the sea of sharks swimming underneath surfers off the coast of Santa Barbara and completely ignoring them. It’s a beach that has seen an increase in both tourists and shark sightings over the past decade without a single attack. Seeing humans and sharks coexist like that is truly breathtaking.

These shark documentaries can be hit or miss. They are all informative, but some have been released too soon while others take their time and answer more questions. This one was more of hit for me than most. I love the drone shots. I love the plane shots. I love the surfing shots. I loved learning about the habits of these sharks and how we truly share the oceans with them.

What did you think of “Sky Sharks?”

Jeremy has been a big Disney fan since he was a kid growing up during the Disney Renaissance. One day he hopes to go to every Disney Park in the world.
View all posts
Tags: disney, documentary, national geographic, review, shark, Sky Sharks