Disney has announced that the second season of the animated comedy-adventure series “Big City Greens”, will be coming to the Disney Channel and DisneyNow app on Saturday November 16th (9:30 a.m. EST/PST).

The series was created and executive produced by brothers Chris and Shane Houghton (“Harvey Beaks”), the series follows mischievous and optimistic 10-year-old Cricket Green who moves from the country to the big city with his wildly out of place family—older sister Tilly, father Bill and Gramma Alice. “Big City Greens” ranks among the top five animated series across all Cable with Kids and Girls 6-11.

It was also announced that the shows creators, the Houghton brothers will participate in a Disney Television Animation showrunner panel at New York Comic-Con on Saturday, October 5th (4:15-5:15 pm EDT). 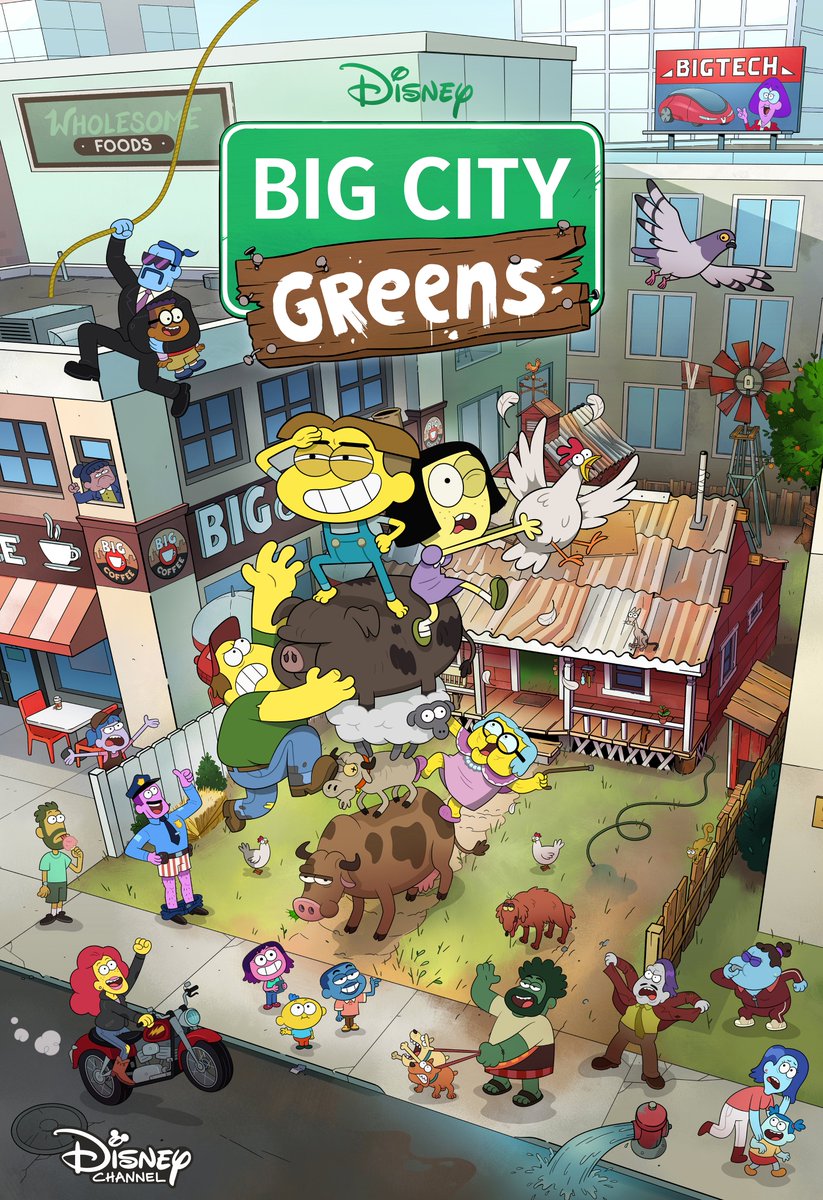 We know that the first season of Big City Greens will be available on Disney+ and all Disney Channel content will eventually be available on the new streaming platform.  But no Disney+ release details were included in the official release.  We are hoping that we will learn more about how quickly new shows will appear on Disney+ soon.

Are you excited for the return of Big City Greens.

Roger has been a Disney fan since he was a kid and this interest has grown over the years. He has visited Disney Parks around the globe and has a vast collection of Disney movies and collectibles. He is the owner of What's On Disney Plus & DisKingdom. Email: Roger@WhatsOnDisneyPlus.com Twitter: Twitter.com/RogPalmerUK Facebook: Facebook.com/rogpalmeruk
View all posts
Tags: big city greens, disney