Disney has announced that four new episodes from the third season of “Big City Greens” are coming to Disney+ in the United States on Wednesday 27th July 2022. “Big City Greens” is an animated comedy-adventure series which follows the offbeat adventures of 10-year-old Cricket Green, a mischievous and optimistic country boy who moves to the […] 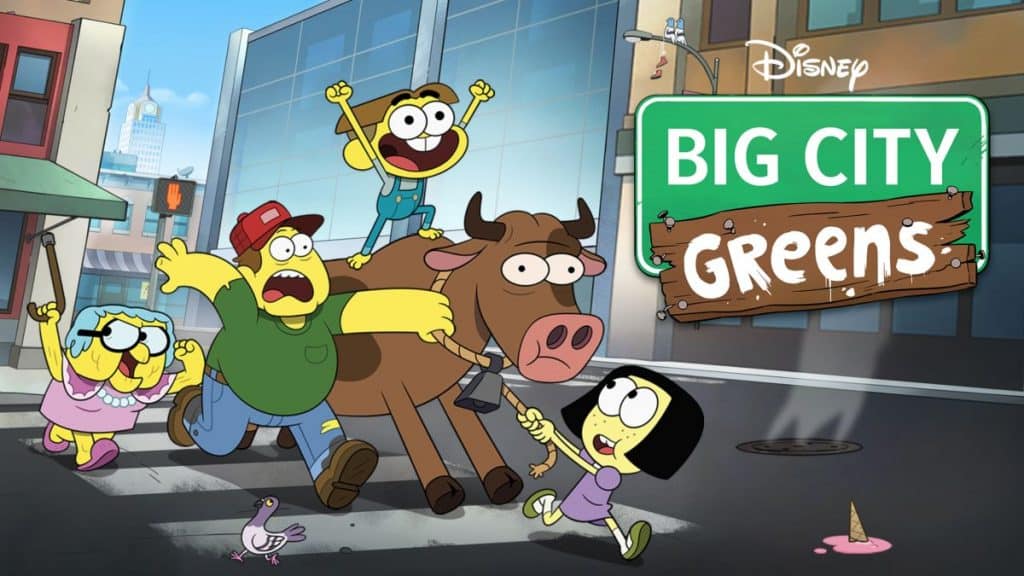 Disney has announced that the Houghton brothers — Chris and Shane — creators and executive producers of the animated comedy “Big City Greens,” Disney’s #1 show, will join the echelon of format-leaping creative talent as their popular series spins off a movie musical for Disney Channel and Disney+. “Big City Greens” also received a fourth season […]

Disney has announced that the Disney Channel has ordered a third season of its hit Emmy Award-nominated animated comedy “Big City Greens.” The series creators and executive producers, brothers Chris and Shane Houghton (“Harvey Beaks”), have also expanded their roles and entered into an overall deal at Disney Television Animation. Under the agreement, the duo […]

Disney has announced that the second season of the animated comedy-adventure series “Big City Greens”, will be coming to the Disney Channel and DisneyNow app on Saturday November 16th (9:30 a.m. EST/PST). The series was created and executive produced by brothers Chris and Shane Houghton (“Harvey Beaks”), the series follows mischievous and optimistic 10-year-old Cricket […]

One of Disney’s most popular animated series, Big City Greens, will be coming to Disney+ on November 12th according to one of the shows co-creators. “Big City Greens” is an animated comedy-adventure series which follows the offbeat adventures of 10-year-old Cricket Green, a mischievous and optimistic country boy who moves to the big city with […]