Disney has just released the trailer and  key art for its new film, “Safety”, inspired by the empowering true story of former Clemson University football safety Ray McElrathbey, a young man facing a series of challenging circumstances, whose dedication and persistence help him to triumph over repeated adversities. Aided by his teammates and the Clemson community, he succeeds on the field while simultaneously raising and caring for his 11-year-old brother Fahmarr.  “Safety” will debut exclusively on Disney+ on Friday, December 11th, 2020.

Hudlin said, “Safety” is a movie about brotherhood and coming together for the greater good, which is a message our society needs right now.  It’s the story of a young man stuck in a situation where failure is not an option. Through sheer force of will, he does the impossible, which inspires the whole community around him to do the same.  It’s a movie I can’t wait to watch with my family on Disney+ on December 11th, and for families everywhere to do the same.”

Producer Mark Ciardi, p.g.a., added, “For over a decade, I’ve dreamed of bringing Ray’s incredible story to the screen, and now that it’s ready, I’m thrilled that Disney+ is making it available for families to enjoy together during the holidays.” 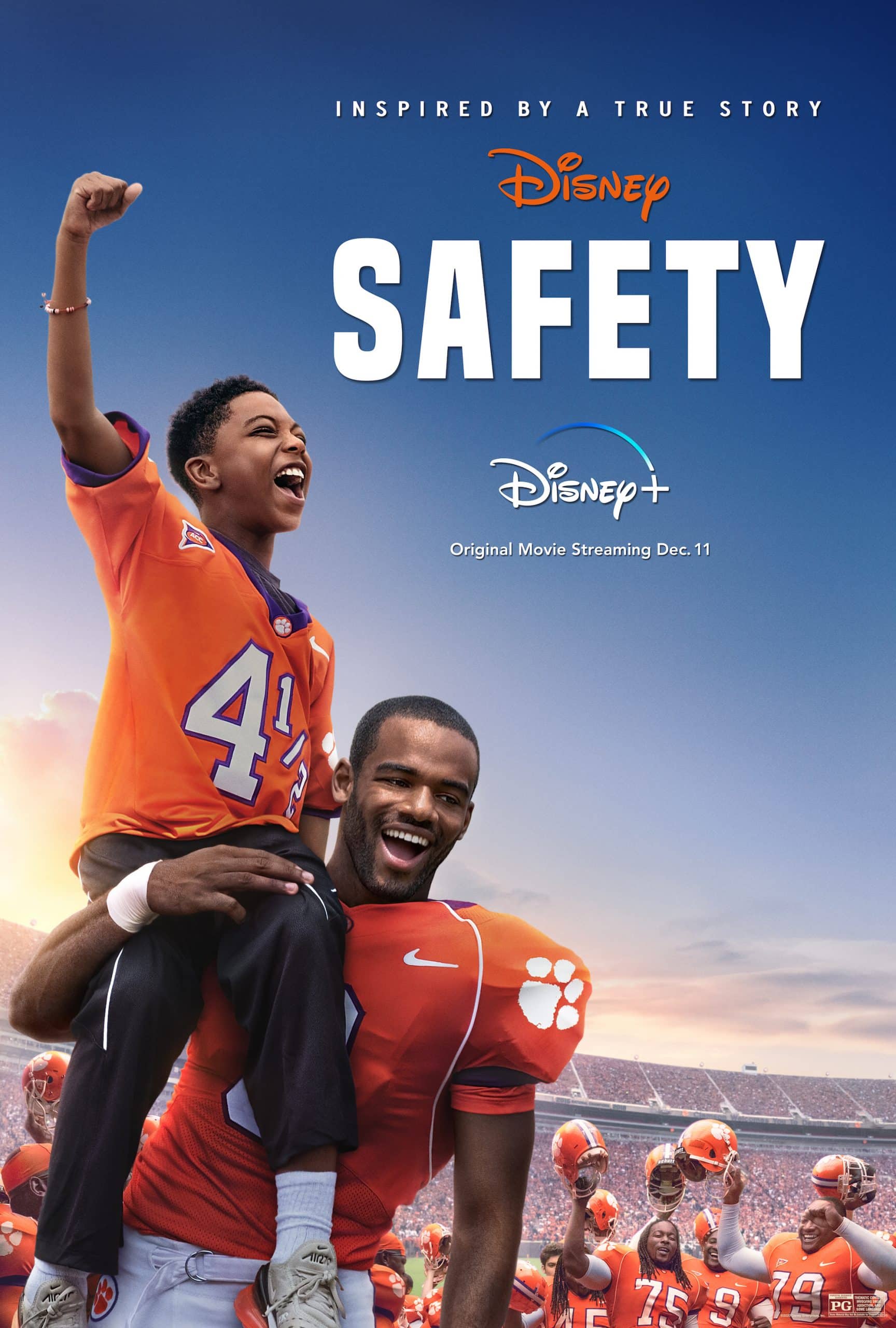 The “Safety” original soundtrack features score by critically acclaimed Grammy®-winning jazz musician/producer and composer Marcus Miller (“Marshall”), plus the original song “Hold Us Together” performed by Grammy®-winning singer/songwriter and multi-instrumentalist H.E.R., which she wrote and produced in collaboration with Josiah Bassey and Dernst “D’Mile” Emile II.  The Walt Disney Records soundtrack will be available digitally on December 11th.

Are you looking forward to watching “Safety” on Disney+?