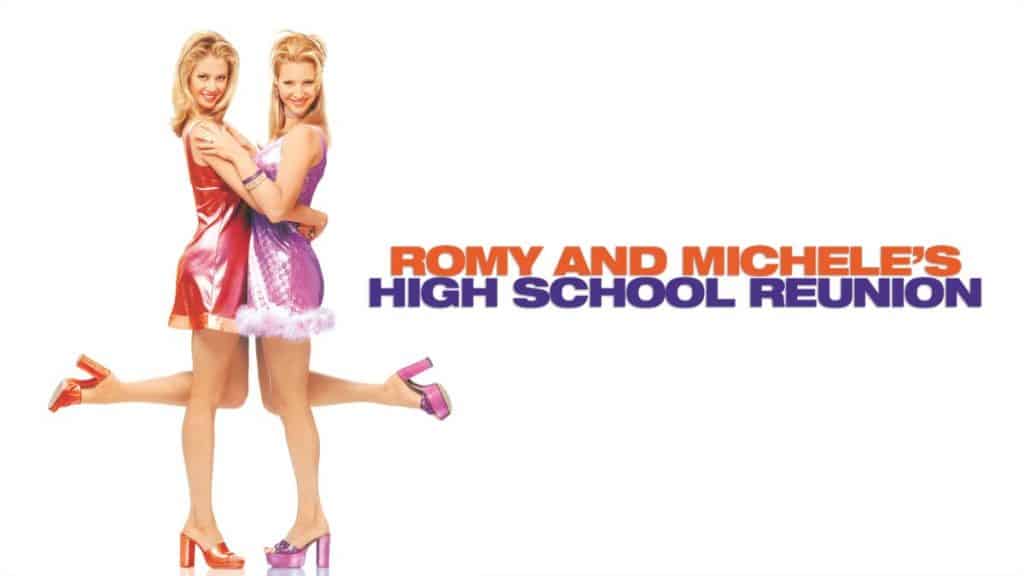 One of the biggest comedy movies of the 1990s was “Romy and Michele’s High School Reunion”, which was created by Disney’s Touchstone Pictures.  The film stars Mira Sorvino and Lisa Kudrow, who are carefree party girls who reinvent themselves for their 10-year high school reunion. With new wardrobes and wild stories of success, they make a big impression … until a former classmate (Janeane Garofalo) blabs their real story to everyone! But that’s when Romy and Michele let loose with a surprise of their own … and outrageous results!

Recently, Mira Sorvino appeared on the Today with Hoda & Jenna show and was asked about a possible sequel, which Mira explained that the team is “getting closer” to a project.

“There’s nothing official to report but I can unofficially hint that we’re closer than we’ve ever been to getting something to happen,”

This isn’t the first tease of a potential follow-up, as back in February, Sorvino and Kudrow reunited at the SAG Awards and wore outfits that paid homage to their characters.

With Disney looking for new content for its streaming services, especially those from established well-known franchises, hopefully, this project comes to light.

“Romy and Michele’s High School Reunion” is available to stream on Disney+ in many countries around the world.

Roger has been a Disney fan since he was a kid and this interest has grown over the years. He has visited Disney Parks around the globe and has a vast collection of Disney movies and collectibles. He is the owner of What's On Disney Plus & DisKingdom. Email: Roger@WhatsOnDisneyPlus.com Twitter: Twitter.com/RogPalmerUK Facebook: Facebook.com/rogpalmeruk
View all posts
Tags: Romy and Michele's High School Reunion