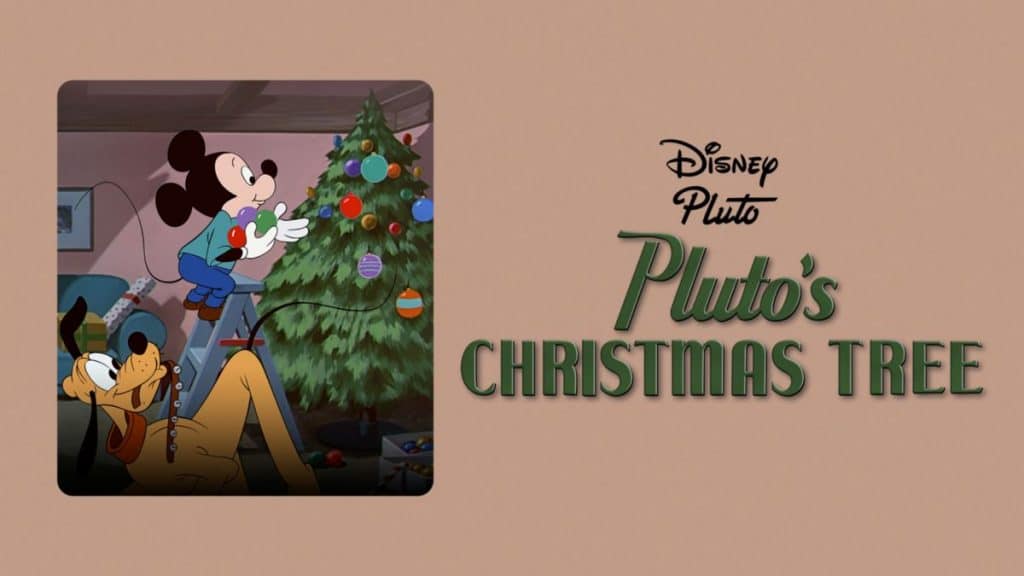 Mickey Mouse and Pluto go searching for a Christmas tree, but the one they bring back has a pair of chipmunks; Chip and Dale; living inside it, leading to Pluto nearly destroying the house trying to catch them in the 1952 Walt Disney Animation Studios animated short, “Pluto’s Christmas Tree.” This is one of the best Mickey Mouse shorts I’ve seen in a while and certainly one of the best old time Christmas shorts available on Disney+. 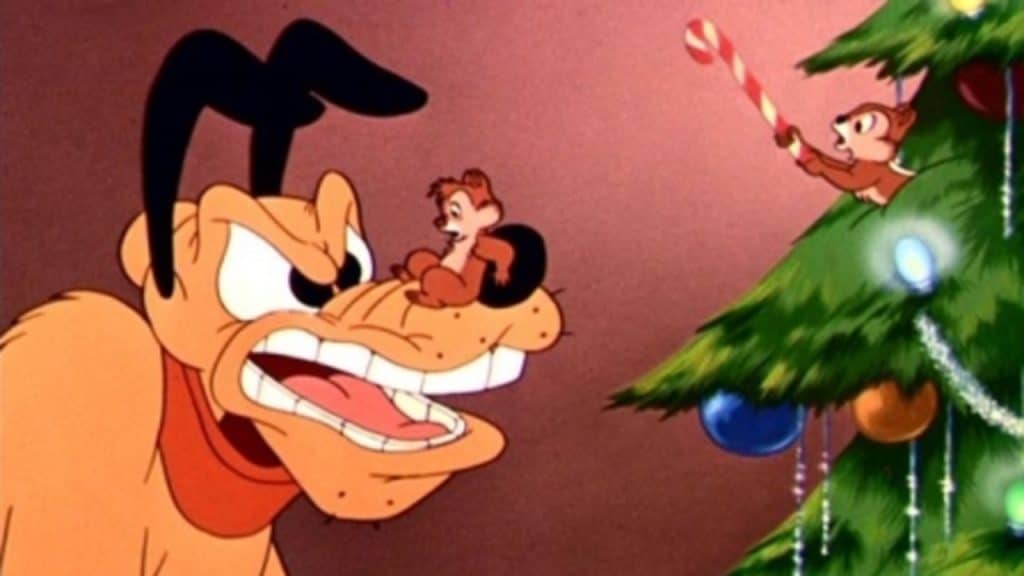 I would’ve liked to have seen more from Minnie Mouse, Goofy and Donald Duck. They appear at the end to sing carols that leads to Chip and Dale joining in and then Pluto howling along. It’s nice, but I would’ve love to have seen their reactions to the actions of Pluto, Chip and Dale; specifically Donald, as he’s had plenty of problems with Chip and Dale through previous Mickey Mouse shorts. I do love the final joke where Chip and Dale wrap Pluto’s mouth shut with a tag that says “Don’t open until Christmas.” It’s a nice way to end the short.

I love a lot of the old Disney shorts, especially the ones involving Mickey and friends. They are funny. They are fun and they are a nice way to see how the company and Disney’s most famous creations have evolved through the years. I would recommend this to anyone looking to pass a little time and to laugh at a Christmas short.

What did you think of “Pluto’s Christmas Tree?”

Jeremy has been a big Disney fan since he was a kid growing up during the Disney Renaissance. One day he hopes to go to every Disney Park in the world.
View all posts
Tags: Chip, Dale, disney, mickey mouse, Pluto, Pluto's Christmas Tree, retro review, review