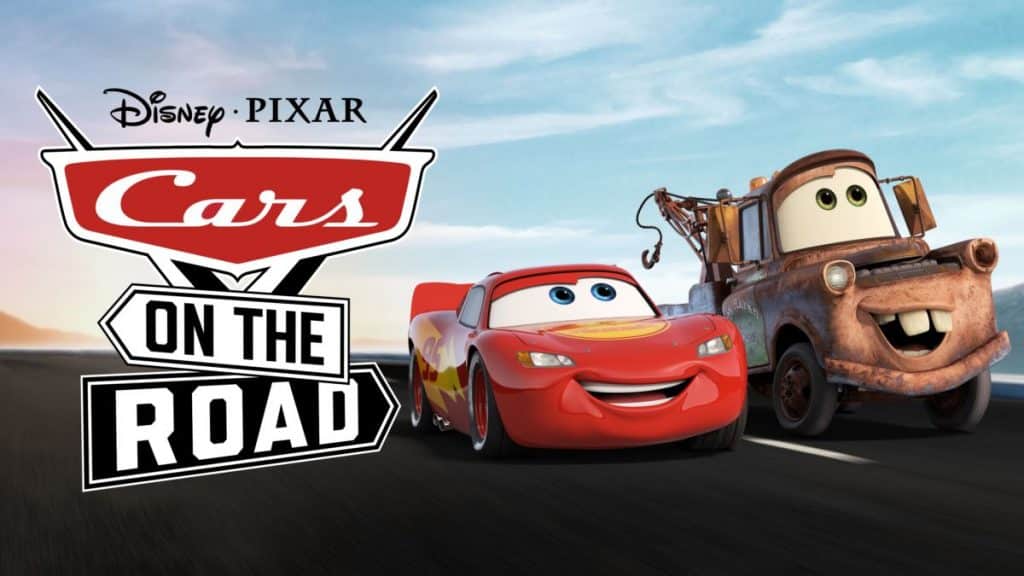 Cars is one of the most successful Pixar franchises and it is back with all new content in the collection of shorts, Cars on the Road. This series comes to Disney+ on Disney+ day! During the press conference in support of the release, Larry the Cable Guy (voice of Mater) and the team behind Cars on the Road talk about the inspiration behind it, returning to the series, and so much more.

Participating talent in the Cars on the Road interview:

Larry the Cable Guy on Returning to the Franchise

When asked about returning to the popular Pixar franchise, Larry the Cable Guy confesses that it is the coolest thing he has ever done in his life. He says that he simply loves making people happy, and feels so blessed and excited to be able to do what he does and to be a part of Cars.

“When you go out and parents go to their kids, hey, you know who that is? That’s Mater. And they’ll come up, and they’ll look at me, and I’ll do the like voice like, woo-hoo, my name’s Mater like to-mater. Just the smiles on their face. I mean, it really is just one of the greatest franchises.”

In regards to the new Disney+ series, Larry says that it is hilarious and a lot of fun. He loves that kids who first saw the films when they were little are now 16 and looking for new Cars content — and they are getting it. Cars on the Road is also for a new generation. “Just the cycle over and over again, to be a part of that is awesome.” 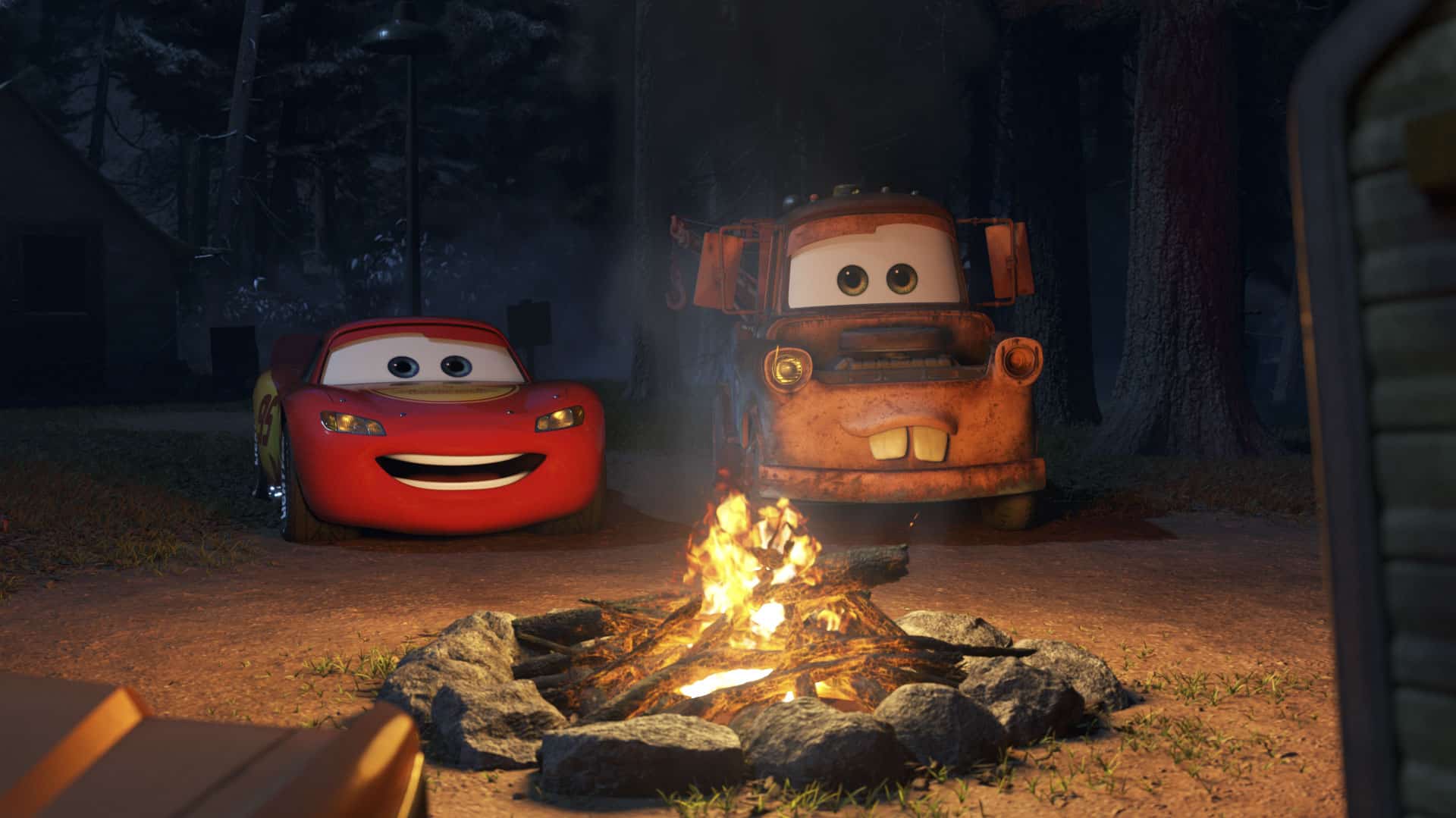 Advantages of Disney+ When Creating A Short

Disney+ has opened up a whole new world of possibilities, not only for the creators behind series and films, but for audiences as well. When asked about the advantages of having this new platform to play on, Producer Marc Sondheimer says that to be able to tell a bunch of different stories, while putting the characters in unique situations, works perfectly for the Cars franchise. Cars on the Road has an overall message, and an overall theme, but along the way it puts the characters in different, unique situations.

“To be able to have a partner like Disney+ that supports us, all along the way, to do different things with these characters and try different ideas out is a perfect match because right now the world is moving towards watching a lot of streaming series and episodic series, and it gave us an opportunity to tell stories that are kinda loosely stitched together.”

Why A Cross Country Road Trip?

Steve Purcell, who directs episodes 1, 2, and 8, explains the inspiration behind Cars on the Road and why a cross country road trip was the ideal situation to put Mater and Lightning McQueen in. He says that when he was eight years old his family traveled from Ohio to San Francisco and that trip has always stuck with him.

“I just remember every day was like some new adventure. Something new was unlocked or all these crazy roadside attractions that we would beg my dad to stop at along the way. So, that stuck with me. And in creating this series and writing these stories, it felt like a great opportunity to create something that was modular, in that every stop along the way could be a totally new location, a totally new sensibility, and a totally new set of characters.”

Mater and Lightning are, of course, the touchstones of each short, but the fun part is seeing how their personalities play out along the way.

Having three directors in the series with Steve Purcell, Brian Fee, and Bobby Podesta is unique in itself. All three of them had to work together so that the series would feel cohesive, even if each of the episodes have a different tone. Brian Fee explains that this really was not an issue for them as they all go back to the first Cars film. They are all passionate about the franchise and know it inside and out. They all three worked on the story for Cars 1, and Bobby was also in animation. “It’s in our DNA. It’s in our blood.” Brian says.

These characters are like family for these three, so it wasn’t a stretch of the imagination for them to come together and work on Cars on the Road. Brian explains that the three of them have slightly different thumbprints and ways of doing things, which is what made this work so well. If one of them was looking for something new, or a slightly different take on something, they would go to each other in order to accomplish it. “We kind of rely on each other to kinda help fill in the gaps and make it better.”

Bobby adds in that even the music was a collaborative effort. Not only is there a catchy theme song for Cars on the Road, there is an incredible song in the episode titled Trucks. Music has always been a part of the Cars world going all the way back to the first film, so they knew they needed to include it in this series as well. “For Trucks it all started with Steve writing a musical episode about Mater at this fever dream truck stop and what would happen there. And like Brian said, we all worked together, and he handed off some lyrics, and then I added some lyrics. Then we grabbed Jake, and it was an organic process.”

Be sure to tune into Cars on the Road when it hits Disney+ on Disney+ Day (September 8th).

Tessa Smith AKA Mama's Geeky, is a journalist that covers geek and Disney culture on her own website, as well as freelances for other sites such as What's On Disney Plus and Screen Rant. She graduated Magna Cum Laude with a degree in Marketing and loves all things geeky. She is a Disney Vacation Club member and a Founders Circle Member of Disney+. She is also an approved critic for Rotten Tomatoes and a member of the Critics Choice Association. Tessa lives in Upstate New York with her husband, two daughters, and two dogs named Sansa and Khaleesi.
View all posts
Tags: cars