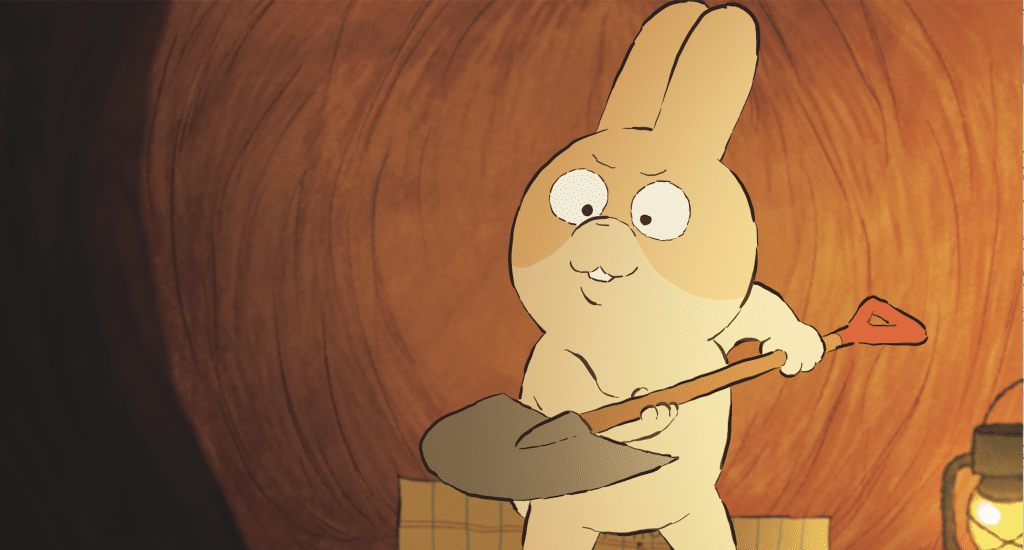 On Christmas Day, Disney is releasing a new Pixar Sparkshort called “Burrow”, which tells the story of a young rabbit who embarks on a journey to dig a new burrow to make herself the home of her dreams.

However, she doesn’t seem to have a clue what she’s doing and the area she’s picked to build her new home, is much more populated than you’d expect, with a variety of different animals living in their own burrows.

As she digs deeper and deeper to find the perfect spot to set up her new home, she hits bedrock and has to rely on her neighbours for help.

“Burrow” has a beautiful artistic style, its much more traditional and reminds me of the type of shorts you’d usually find on TV in the UK at Christmas.    It’s the second Pixar Sparkshort to feature 2D hand-drawn animation (Kitbull was the first) and I hope we get more of it, because “Burrow” just felt so natural, as it felt like a children’s book just burst onto our screens.

Unlike other Sparkshorts, the story of “Burrow” doesn’t feel as adventurous or groundbreaking, as it’s very safe.    There isn’t anything wrong with being safe, since one of the major goals of the Sparkshort program is to develop new talent, so “Burrow” has given Madeline Sharafian an opportunity to showcase her skills, having previously worked on “Coco”, “Purl” and “We Bare Bears”.

With 2020 being such a crazy year, its rather comforting to have something so nice to enjoy during the holidays.  The young rabbit is trying desperately to find a little place to call home and to do it by herself, but ultimately with the help of others, she is able to live out her dream.

I think “Burrow” is a stunning and charming short that I think everyone should check out if they have a Disney+ subscription.  It’s the perfect thing to watch on Christmas with the family.

Roger has been a Disney fan since he was a kid and this interest has grown over the years. He has visited Disney Parks around the globe and has a vast collection of Disney movies and collectibles. He is the owner of What's On Disney Plus & DisKingdom. Email: Roger@WhatsOnDisneyPlus.com Twitter: Twitter.com/RogPalmerUK Facebook: Facebook.com/rogpalmeruk
View all posts
Tags: burrow, review, sparkshort