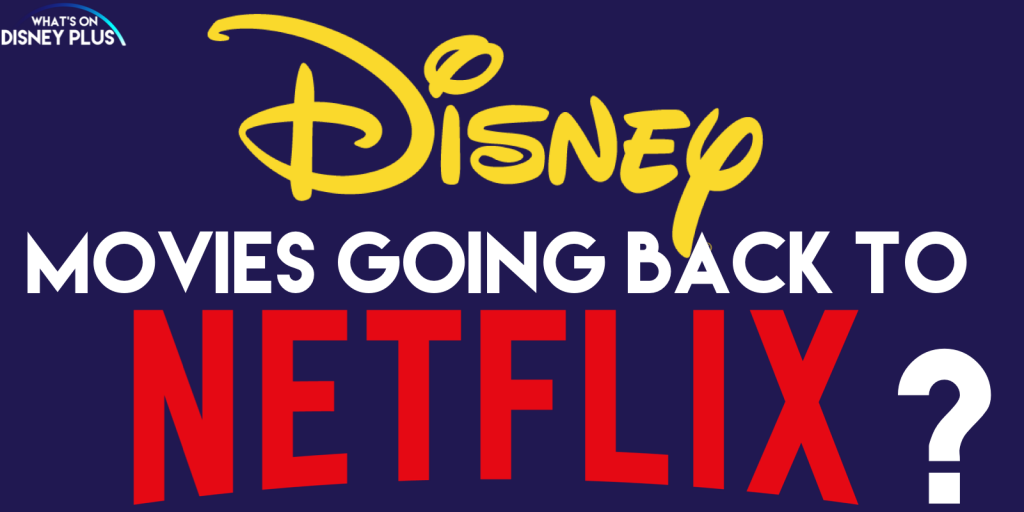 During the recent Netflix financial results, some interesting facts about the relationship between Disney and Netflix have been revealed.

While it’s been very well publicized that Disney is pulling as much content off Netflix as possible for its new streaming platform, Disney+.  However things are as simple as we probably would all like it to be, since the contract made between the two companies for movies released between 2016 and 2018 is a little more complicated than originally thought.

It’s been well known that all the movies released over those 3 years would come to Netflix in the US, around 6 to 8 months after their cinema release, staying on Netflix for approximately 18 months, before being removed from Netflix.

This means for example, that the last movie under the contract is Mary Poppins Returns, which should be hitting Netflix around June/July of this summer.  And would be expected to leave Netflix by late 2020.

The vast majority of Disney titles under this contract have now left Netflix, however there are a few more titles left to arrive including Nutcracker and the Four Realms and Ralph Breaks The Internet.

But there is another part of the contract that will be causing issues for Disney+ subscribers, as Netflix have the rights to those movies from 2016 through to 2018, for their “Pay Two” window.  Which is usually around 9 years after the movie is released in cinemas.

Current state of movie release windows – try explaining this to a millennial who wants what they want, where they want it, when they want it and on their device of choice… pic.twitter.com/sqZ03fhruf

And it looks like Netflix is paying hard ball as Disney was not able to buy back Pay 2 window rights.  However things could change between now and when the first movie comes into the Pay 2 window, which is Chris Pine’s The Finest Hour.  That movie won’t be returning to Netflix until January 2025 and the last movie, Mary Poppins Returns won’t be leaving Disney+ until December 2027!

It’s unknown how long those second pay windows for Netflix would last, but eventually those movies would once again leave Netflix and return to Disney+.

It’s worth remembering that the first movie that could potentially leave Disney+ and go back to Netflix won’t be happening until early 2025, so Netflix and Disney still have plenty of time to negotiate a deal.  Disney might be willing to pay more money to Netflix so it doesn’t happen and Netflix could use that money to create its own original content to combat Disney+ or holding onto the contract as a bargaining chip later down the line.

Movies made before 2016 won’t come under this deal and all movies released in 2019 also aren’t affected, such as Dumbo, Captain Marvel and Avengers: Endgame.

It’s worth noting that this only effects Netflix in the US, Netflix in other countries have different contracts.

This is where existing contracts can come back to haunt companies years after they’ve been signed.  Marvel’s deal at Universal Studios Orlando or Sony’s deal with Spider-Man, constantly make life harder to Disney.

Back only last week we were surprised to see Disney had purchased back contracts relating to the original and prequel Star Wars trilogy movies from Time Warner.  So things can change and 5 years is a long time for Disney and Netflix to sort this issue out.

What do you think of Disney titles potentially going back to Netflix in years to come?