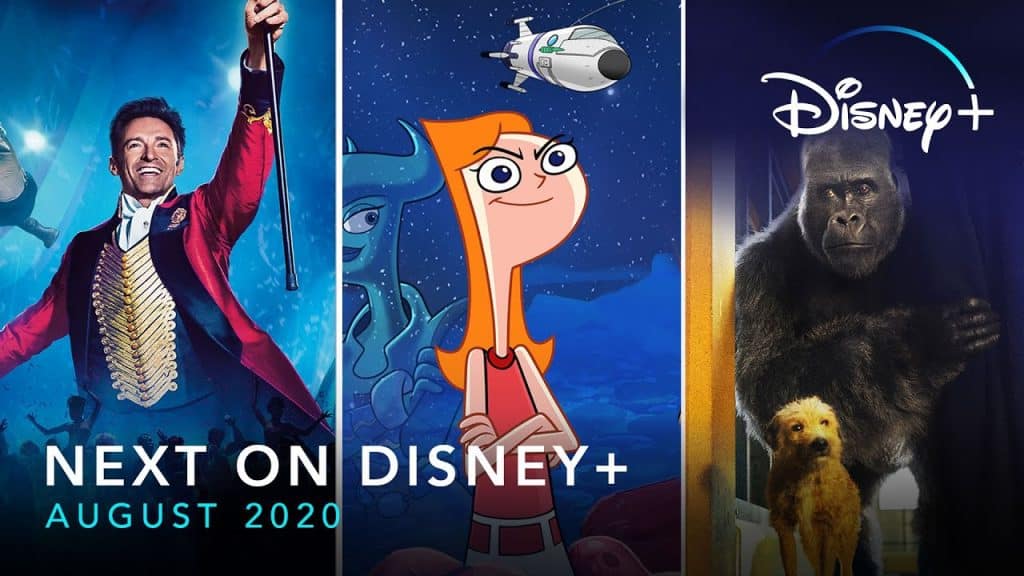 With it being the start of a new month, Disney has released a new video showcasing everything coming to Disney+ in August in the United States.

Highlights include many new Disney+ Originals such as Howard, The One and Only Ivan, Muppets Now and a new Phineas and Ferb movie.  Plus there are many new additions to the Disney+ library including The Greatest Showman and the Peanuts Movie.

What are you looking forward to seeing on Disney+ in August?

Roger has been a Disney fan since he was a kid and this interest has grown over the years. He has visited Disney Parks around the globe and has a vast collection of Disney movies and collectibles. He is the owner of What's On Disney Plus & DisKingdom. Email: Roger@WhatsOnDisneyPlus.com Twitter: Twitter.com/RogPalmerUK Facebook: Facebook.com/rogpalmeruk
View all posts
Tags: disney, Next, us