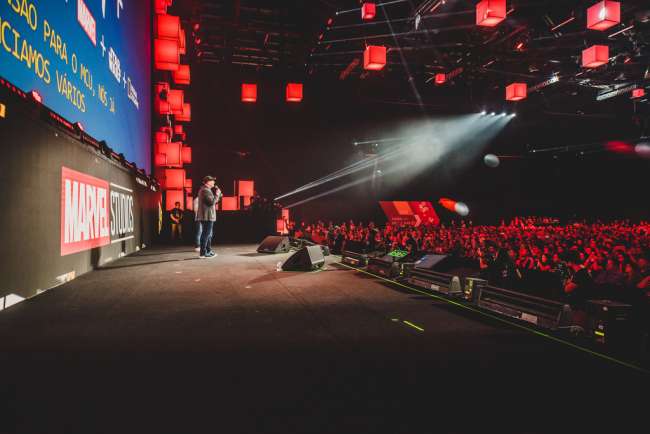 At this weekends CCXP19 event in Brazil, Kevin Feige, president of Marvel Studios, took to the stage to work up fans with details and exclusive images from “Falcon and the Winter Solider” and “WandaVision,” which premiere in 2020 and 2021 respectively, streaming only on Disney+.

Elizabeth Olsen will return as Wanda Maximoff/Scarlet Witch and Paul Bettany will reprise his role as The Vision in the new Marvel Studios series about two super-powered beings living their ideal suburban lives who begin to suspect that everything is not as it seems.  As part of the series, as seen in the image above some of the show is set in a 1950’s sitcom style location, which will tie in with the upcoming Doctor Strange sequel, ‘Doctor Strange in the Multiverse of Madness’.  It will also effect other Marvel movies and Disney+ shows.

He also revealed that the upcoming Marvel shows, ‘Moon Knight,’ ‘Ms. Marvel,’ and ‘She Hulk’ will be ready for Disney+ ‘towards the end of next year.

Which Disney+ series are you looking forward?