Entertainment Weekly has revealed some new details and images from the upcoming Disney+ Original series, WandaVision.

The new series will consist of six one hour episodes, but no release date has yet been revealed, other than it arriving “this winter”.

“WandaVision,” is a blend of classic television and the Marvel Cinematic Universe in which Wanda Maximoff (Elizabeth Olsen) and Vision (Paul Bettany) – two super-powered beings living idealized suburban lives – begin to suspect that everything is not as it seems.  The series isn’t like anything we’ve seen in the MCU before, as the classic television part of the show was filmed in front of a live studio audience.

“It was insanity.  There was something very meta for my own life because I would visit those tapings as a kid, where my sisters were working [on Full House].”

“We were all so high by the end of it, we wanted to keep on running the show.  Maybe take it out on tour or something. WandaVision on ice.” 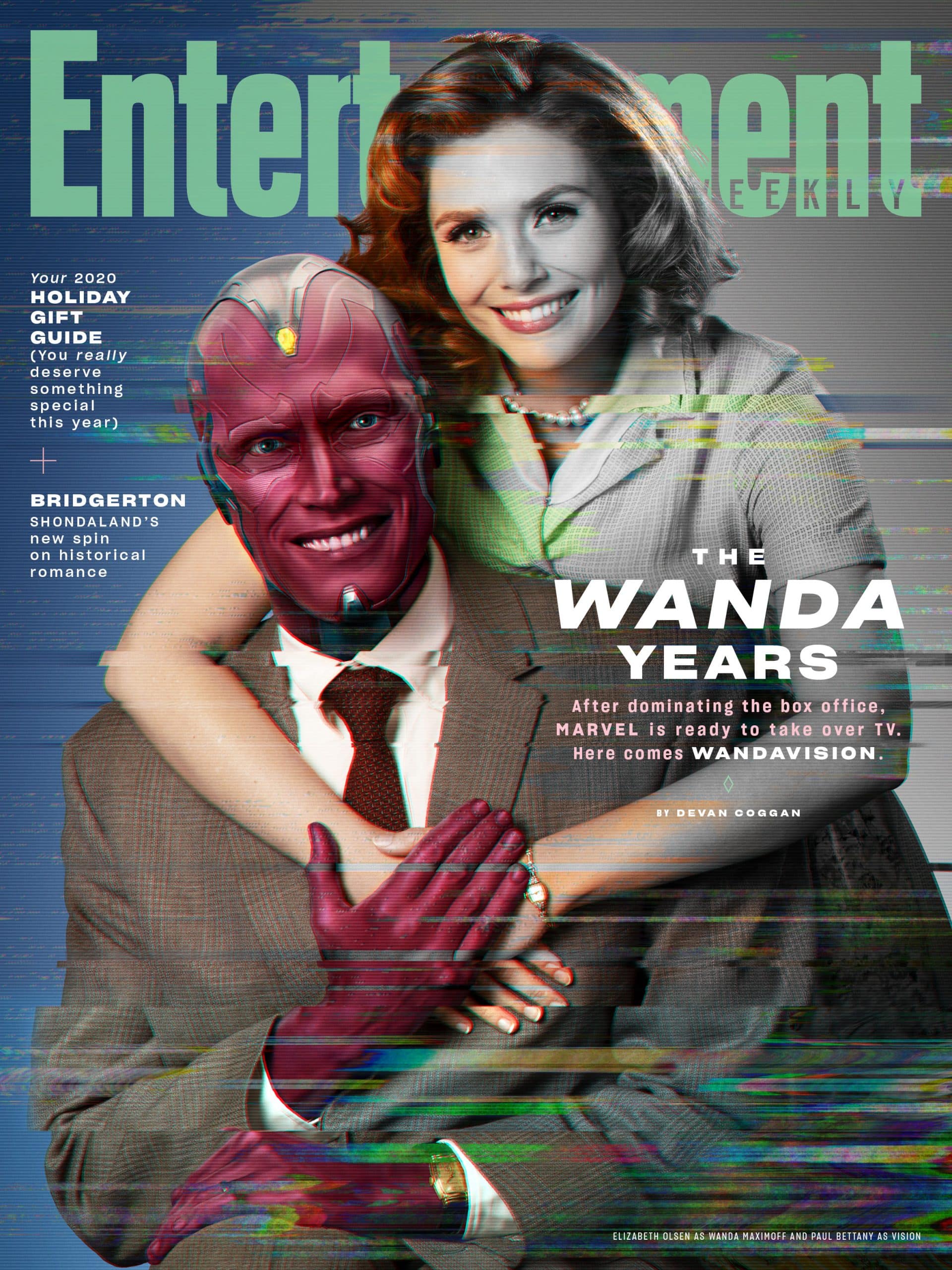 The show’s head writer Jac Schaeffer explained why they have done it in this style:

“The show is a love letter to the golden age of television.  We’re paying tribute and honoring all of these incredible shows and people who came before us, [but] we’re also trying to blaze new territory.”

This is the first of the Marvel Studios Disney+ series and it’s allowing Marvel to stretch their creative muscles by coming up with different stories as not being restricted by being a movie allows more freedom.  Marvel Studios president Kevin Feige saying:

“It really energized everyone creatively at the studio, the notion that we could play in a new medium and throw the rules out the window in terms of structure and format.”

Kevin also went onto explain how he came up with the idea of doing WandaVision like an old fashion sitcom.

“I would get ready for the day and watch some old sitcom because I couldn’t take the news anymore.  Getting ready to go to set over the last few years, I kept thinking of how influential these programs were on our society and on myself, and how certainly I was using it as an escape from reality where things could be tied up in a nice bow in 30 minutes.”

Here are some new images from WandaVision 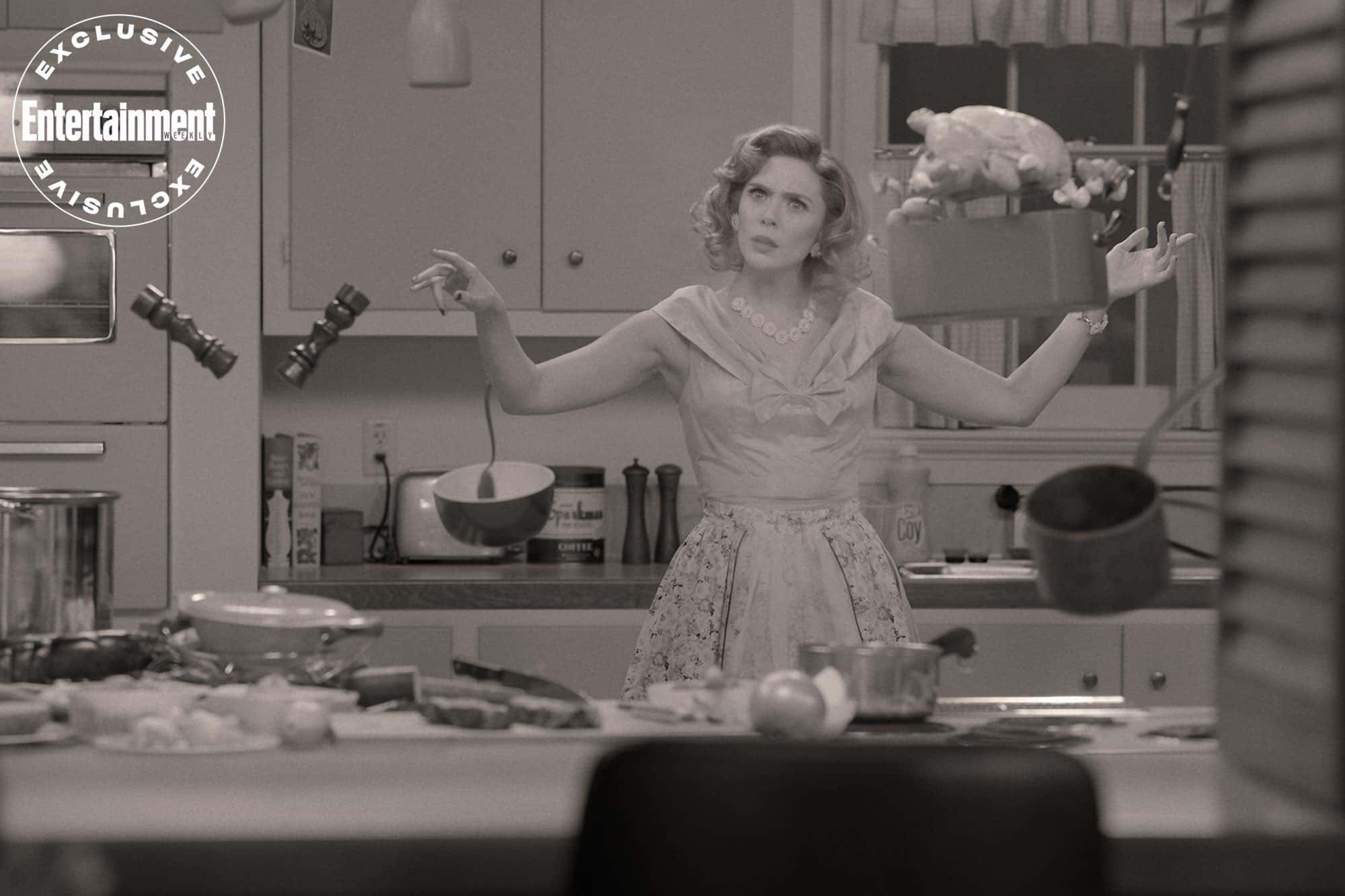 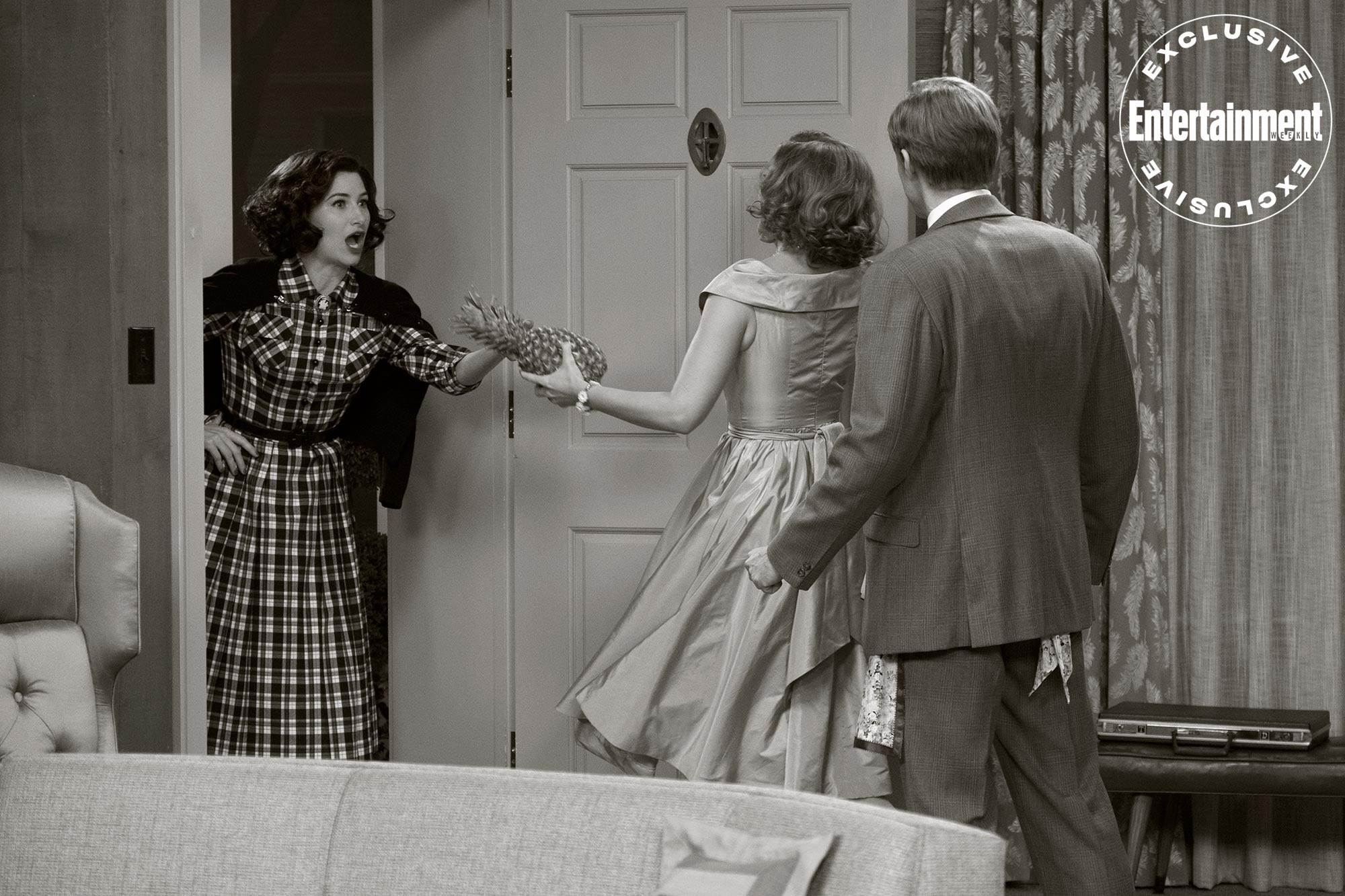 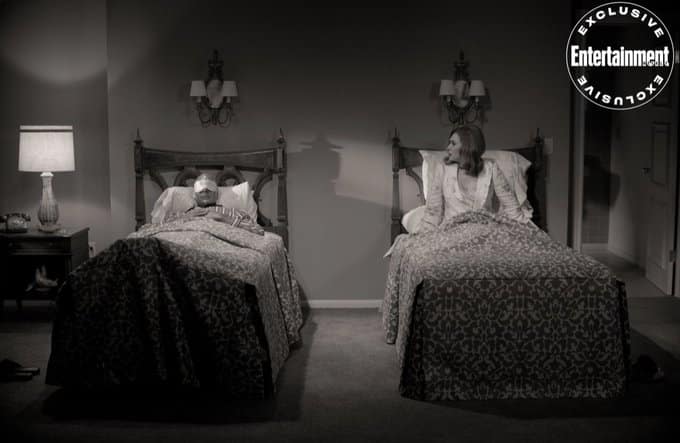 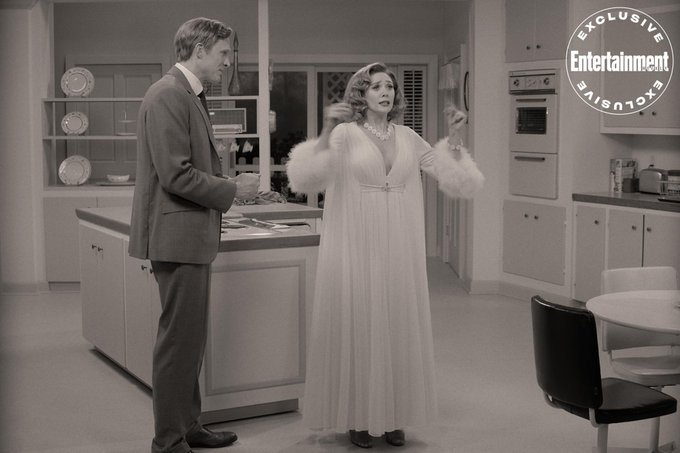 Are you looking forward to seeing WandaVision on Disney+?