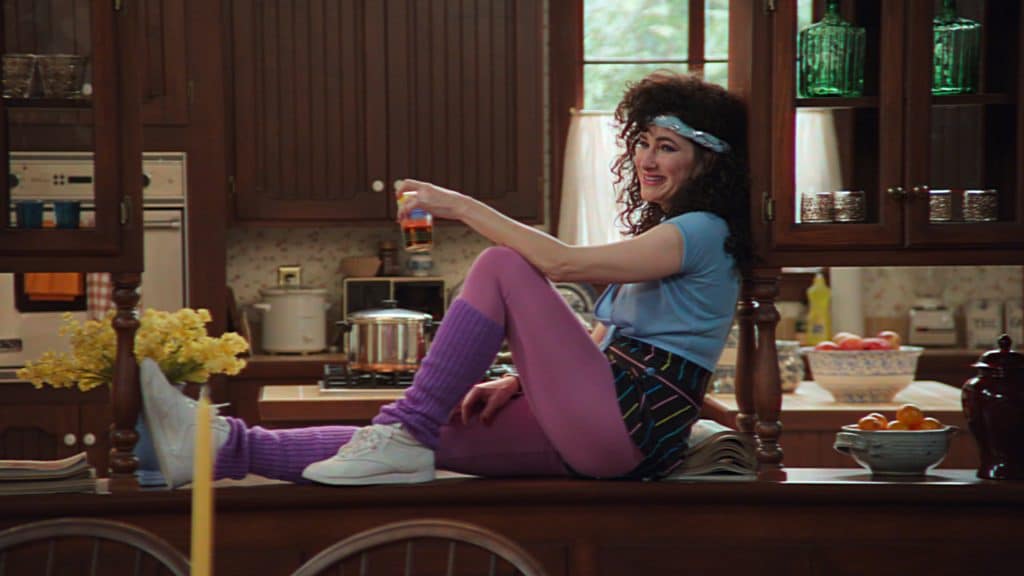 With just days until the release of the first two episodes of Marvel Studios “WandaVision” on Disney+, a new clip has been released from the show called “Calendar”, along with the first character poster for the film featuring

“WandaVision” is a blend of classic television and the Marvel Cinematic Universe in which Wanda Maximoff (Elizabeth Olsen) and Vision (Paul Bettany) – two super-powered beings living idealized suburban lives – begin to suspect that everything is not as it seems.

Here is the first character poster for “Agnes” who is played by Kathryn Hahn. 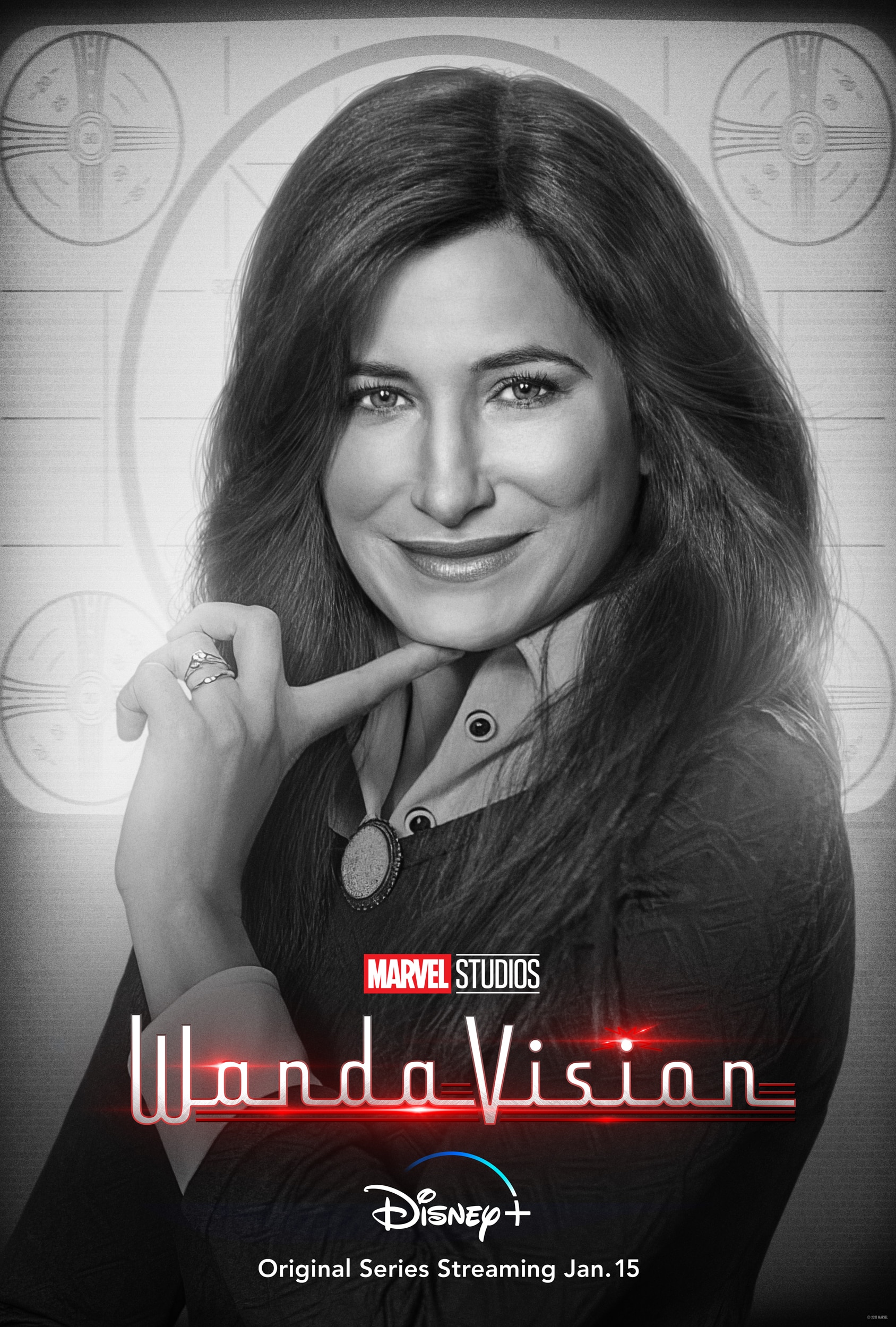 Agnes is the brassy, nosy neighbor of Wanda and Vision. She’s well-versed in all things suburban, happily giving Wanda a leg up in navigating the social pressures of Westview. A beloved extended member of the family, Agnes is never far away. “Every sitcom needs a nosy neighbor character,” says Schaeffer. “Agnes is fabulous and brassy and hilarious. She invites herself over and wants to know everything about Wanda. Of course, Wanda doesn’t have the answers to any of the questions, but she’s very charming in deflecting them. It’s all in good fun and Wanda is relieved and excited to have a friend and an ally in this new town.”

Kathryn Hahn expertly fills Agnes’ shoes, embracing the sitcom approach, the MCU and everything else. “It could not be more fun and delicious,” she says. “The fact that I get to do all of this -with these actors, with Matt [Shakman], and play with all of these different characters -it’s a crazy dream that this is my way into this world. It’s bananas. And now with my kids, maybe I will have a little bit of cred! Not much yet, because I’m still a big old nerd to them, but maybe I will be a little bit cooler in their eyes after this comes out.”

“Kathryn Hahn can do anything,” says Shankman. “She is a brilliant comedian and a phenomenal dramatic actor. Having her skillset there to go along with Paul, Lizzie and Teyonah Parris—they are an exceptional ensemble.”

The first two episodes of “WandaVision” drop onto Disney+ on Friday 15th January.