During Disney’s Investor Day event, a new trailer for WandaVision was released. This all-new series will be coming to Disney+ on Friday 15th January 2021.

Wanda Maximoff and Vision are two super-powered beings living the idealized suburban life, but begin to suspect everything is not as it seems. The series has Elizabeth Olsen and Paul Bettany returning to their roles as Wanda and Vision, respectively. Also joining the series are Kat Dennings, who reprises her role as Darcy Lewis from Marvel Studios’ Thor and Thor: The Dark World; Randall Park, who reprises his role as Agent Jimmy Woo from Ant-Man and The Wasp; and newcomers Kathryn Hahn, who plays their plucky neighbor, and Teyonah Parris, who plays the adult Monica Rambeau, who was introduced in Captain Marvel.

The series is directed by Matt Shakman with Jac Shaeffer serving as head writer. 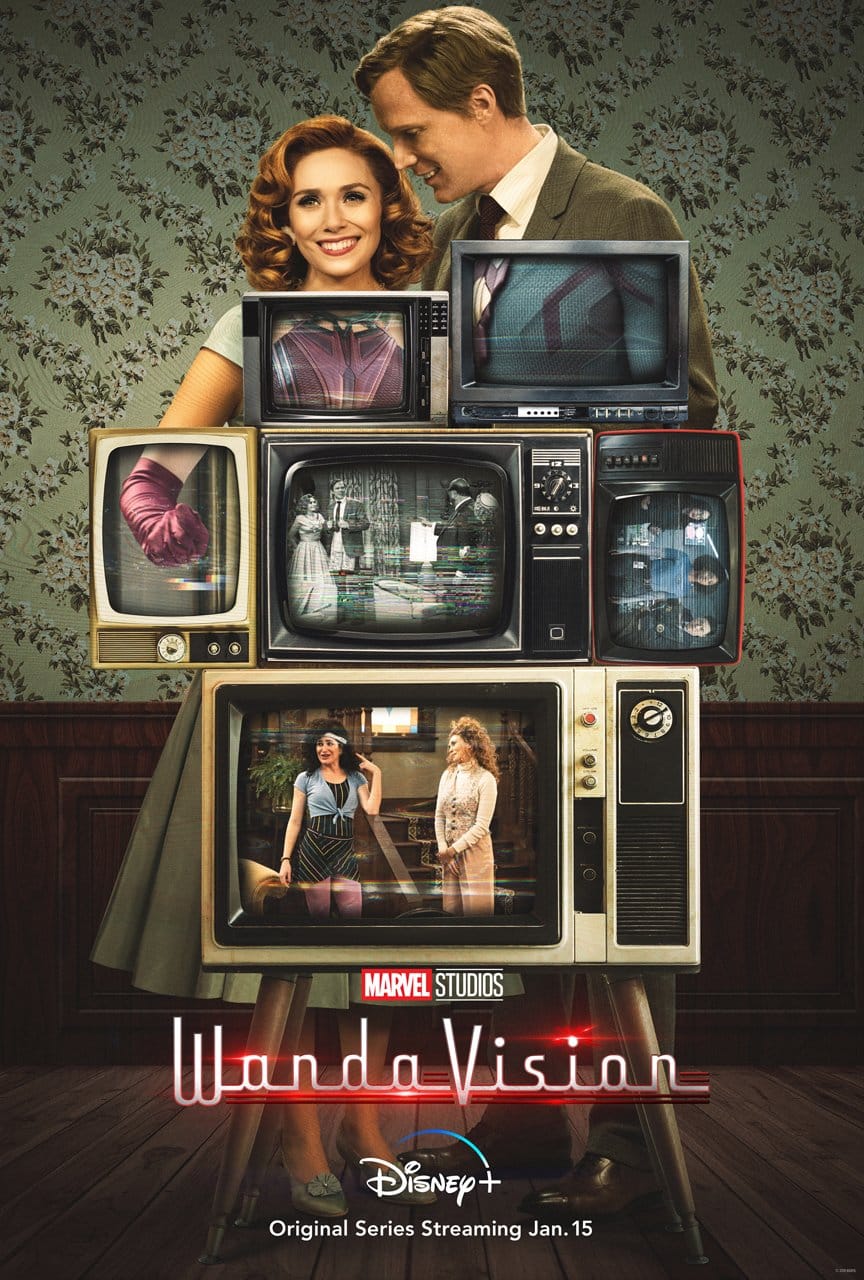