Disney has released a series of key-art posters for each episode of the first season of the new documentary series, Marvel’s 616, which came to Disney+ on Friday 20th November.

When a UFO descent brings tragedy into the life of young racer Takuya Yamashiro, he fights back by trading his motorcycle for a giant battle robot to challenge the sinister forces of Professor Monster. This is the Japanese origin story of Marvel’s most popular character, Spider-Man. In 1978, Marvel Comics and Japanese distributor TOEI signed a historic deal to bring Marvel characters to Japanese television. Their first collaboration, Spider-Man (Supaidāman), was a massive hit that revolutionized an entire genre of popular Japanese entertainment. This documentary from David Gelb (Jiro Dreams of Sushi, Chef’s Table) uncovers how such an incredible cultural crossover occurred — with insights from the cast and crew who narrowly pulled it off. 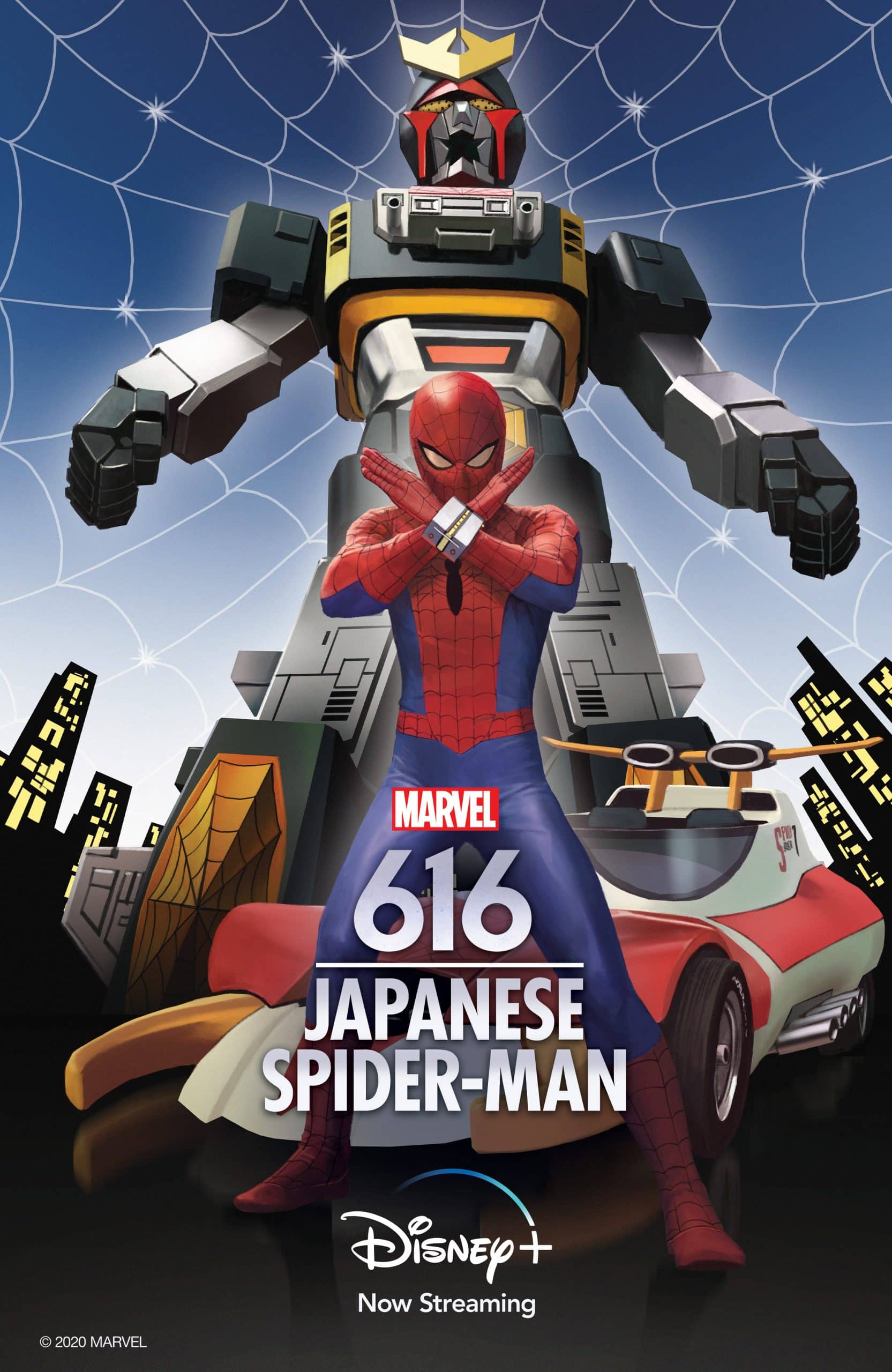 “Higher, Further, Faster” recognizes the trailblazing women who have helped build the Marvel Universe. Helmed by actor and director Gillian Jacobs (Community, Love), the episode spans generations and gives audiences a rare peek inside Marvel’s storied history. Get to know the women who helped pioneer representative, inclusive storytelling at the House of Ideas, plus modern creators empowered to craft Marvel’s next generation of heroes, one page at a time. 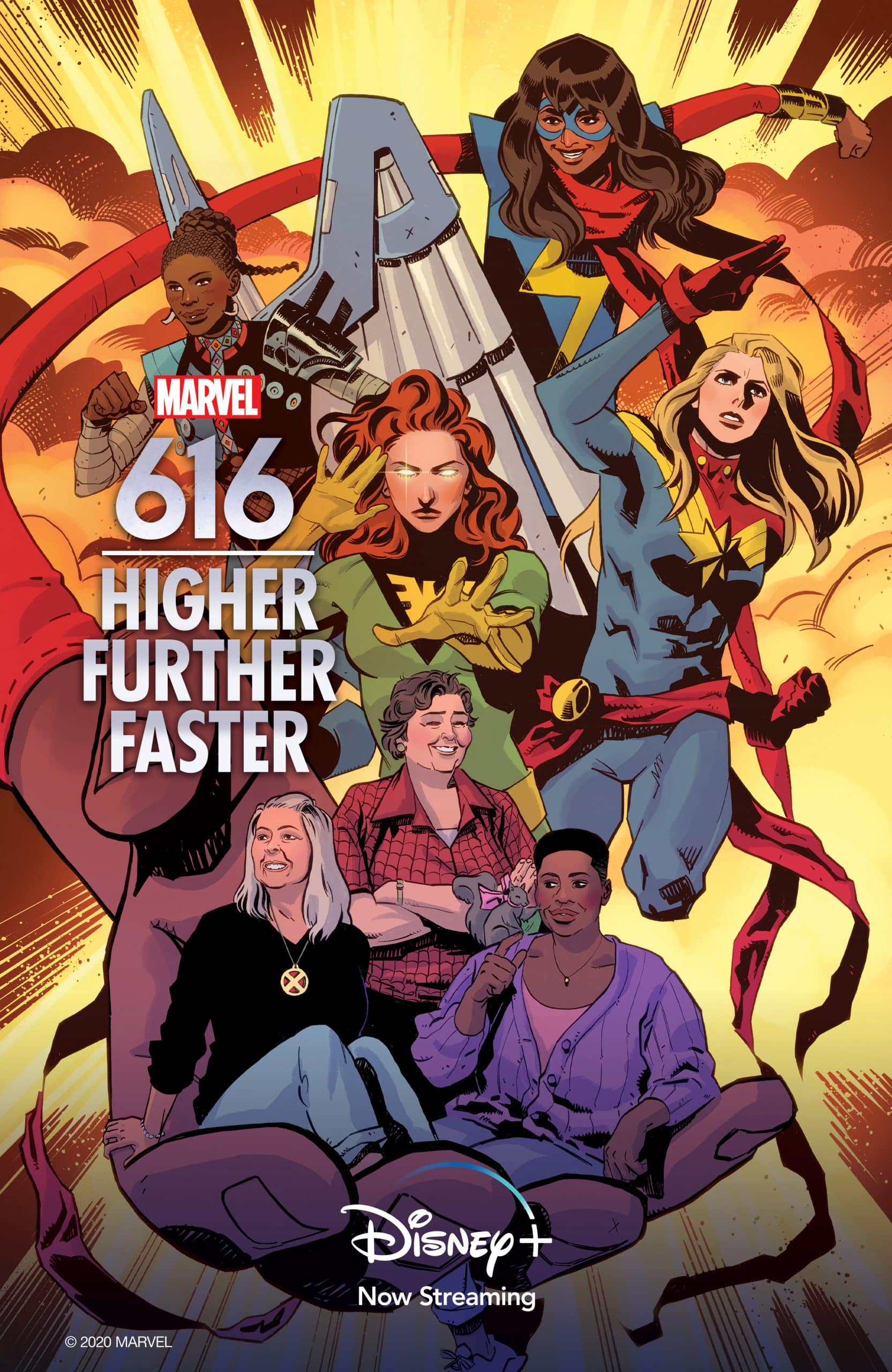 You know and love Marvel characters — now see how they’re brought to life with talent and tablets. Visual storytellers draw inspiration from their environments, and few fans realize how many Marvel artists live and work around the world, far from the Marvel Bullpen in New York. While illustrating comics for universal audiences, native Spanish artists Javier Garrón (Miles Morales: Spider-Man) and Natacha Bustos (Moon Girl and Devil Dinosaur) study the light and shadows of Barcelona. Director Clay Jeter (Chef’s Table, Unsolved Mysteries) chronicles how both Javier and Natacha infuse their experiences into their art. 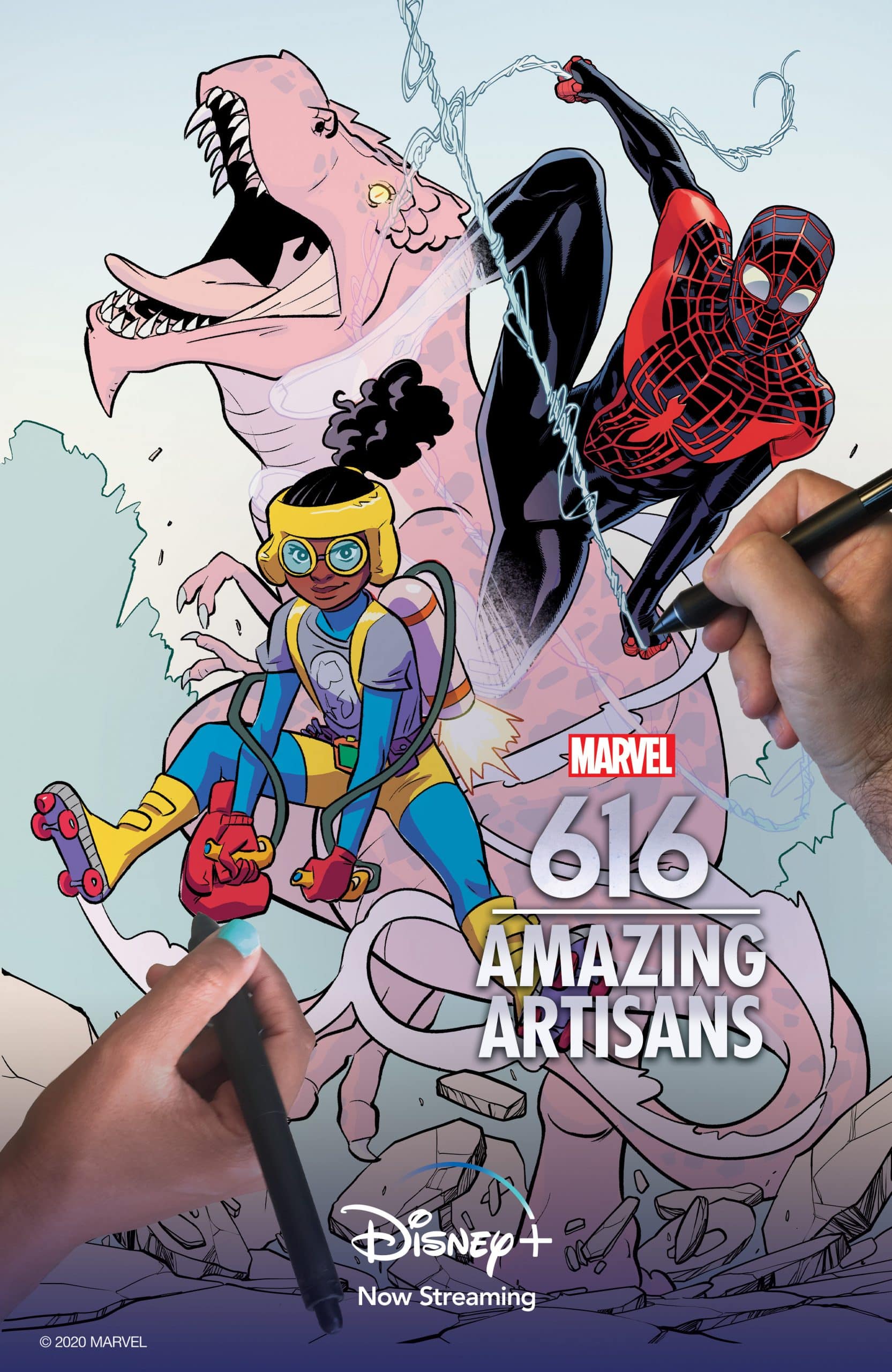 Actor and comedian Paul Scheer (Black Monday, The League) is on the hunt to discover the “forgotten” characters of Marvel Comics. With everyone from writing legends to toy designers chiming in, “Lost and Found” takes a hilariously untraditional approach to unearthing wild and obscure Marvel characters. During Paul’s odyssey, he discovers what makes an iconic Marvel character, and then prepares a pitch for an unlikely force of heroes. 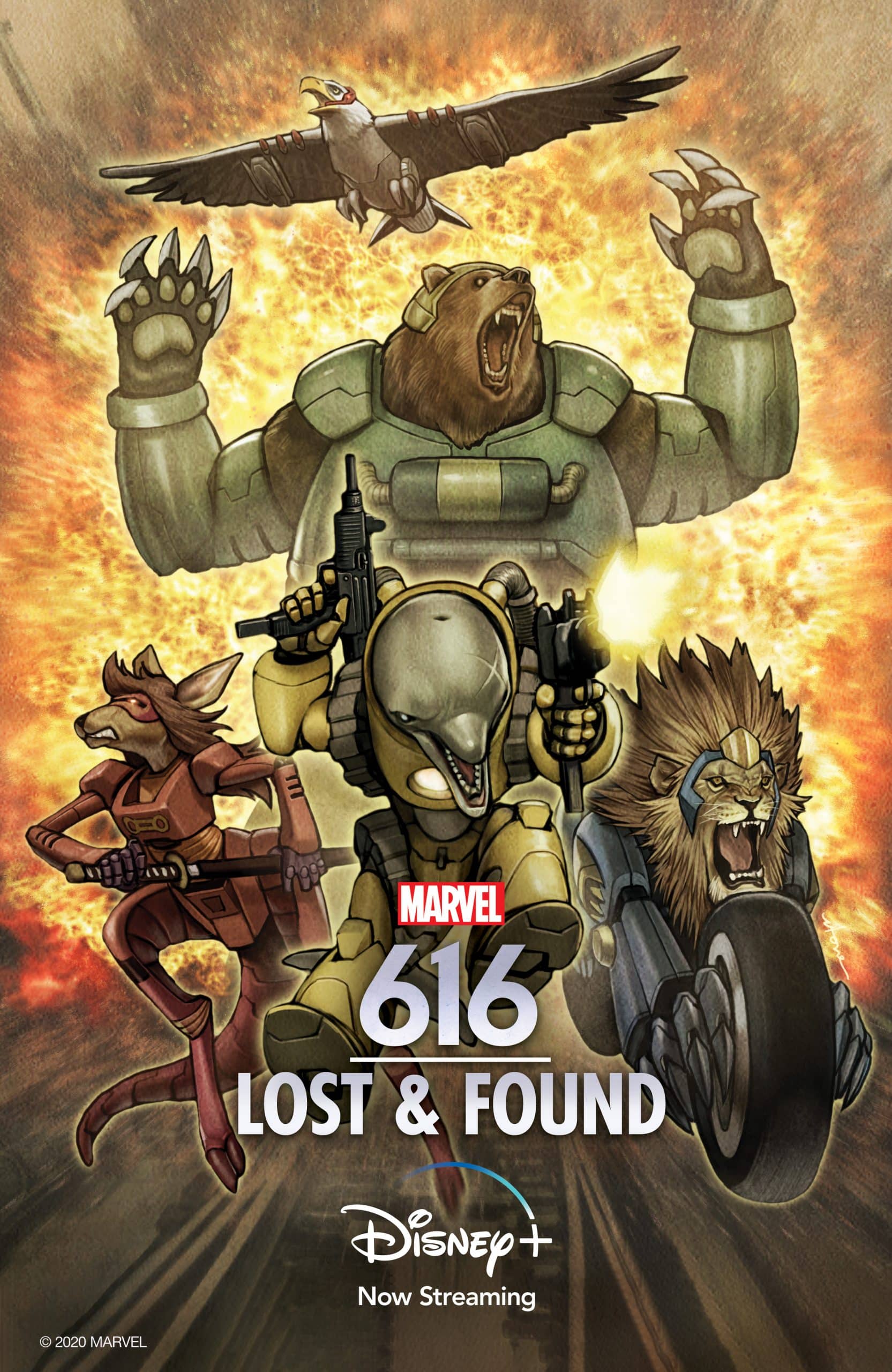 The cosplay community is overflowing with creativity and dedication to the craft of costume building. And many individuals have found inner confidence — and lifelong friends — by embodying the Marvel characters who inspire them. Directed by Andrew Rossi (Page One: Inside the New York Times, The First Monday in May), “Suit Up!” takes an intimate look at five cosplayers from across the country, each readying a design for New York Comic Con. 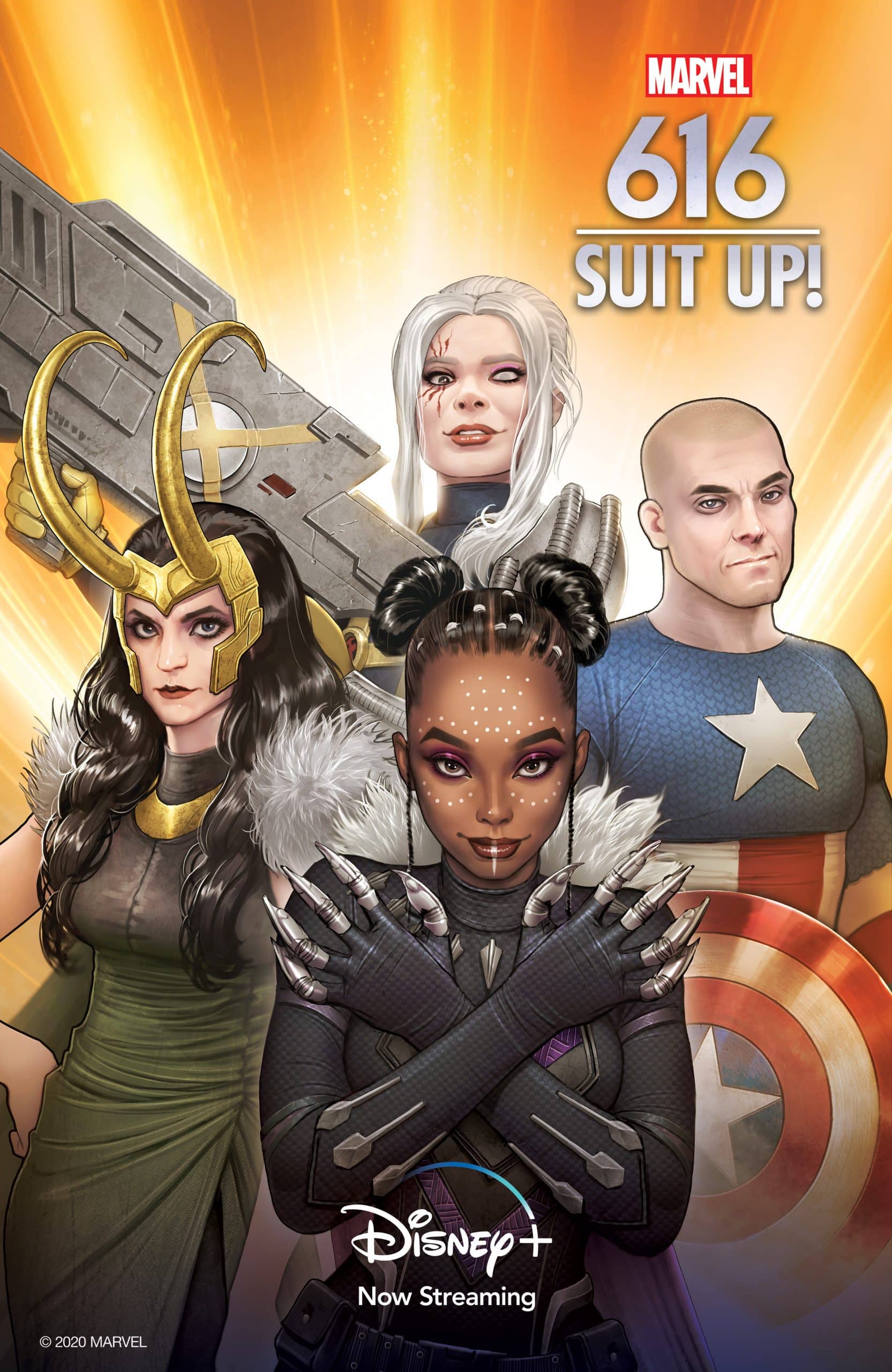 Action figures once dwelled only in toy chests, but today, they are treasured and preserved by collectors of all ages. “Unboxed” muses on the symbiotic relationship between toys and comics, plus the imaginative professionals melding the two. Scouting Hasbro, Funko and New York Toy Fair, actor and director Sarah Ramos (Parenthood) pinpoints artists with infinite passion for Marvel, nostalgia, and play. 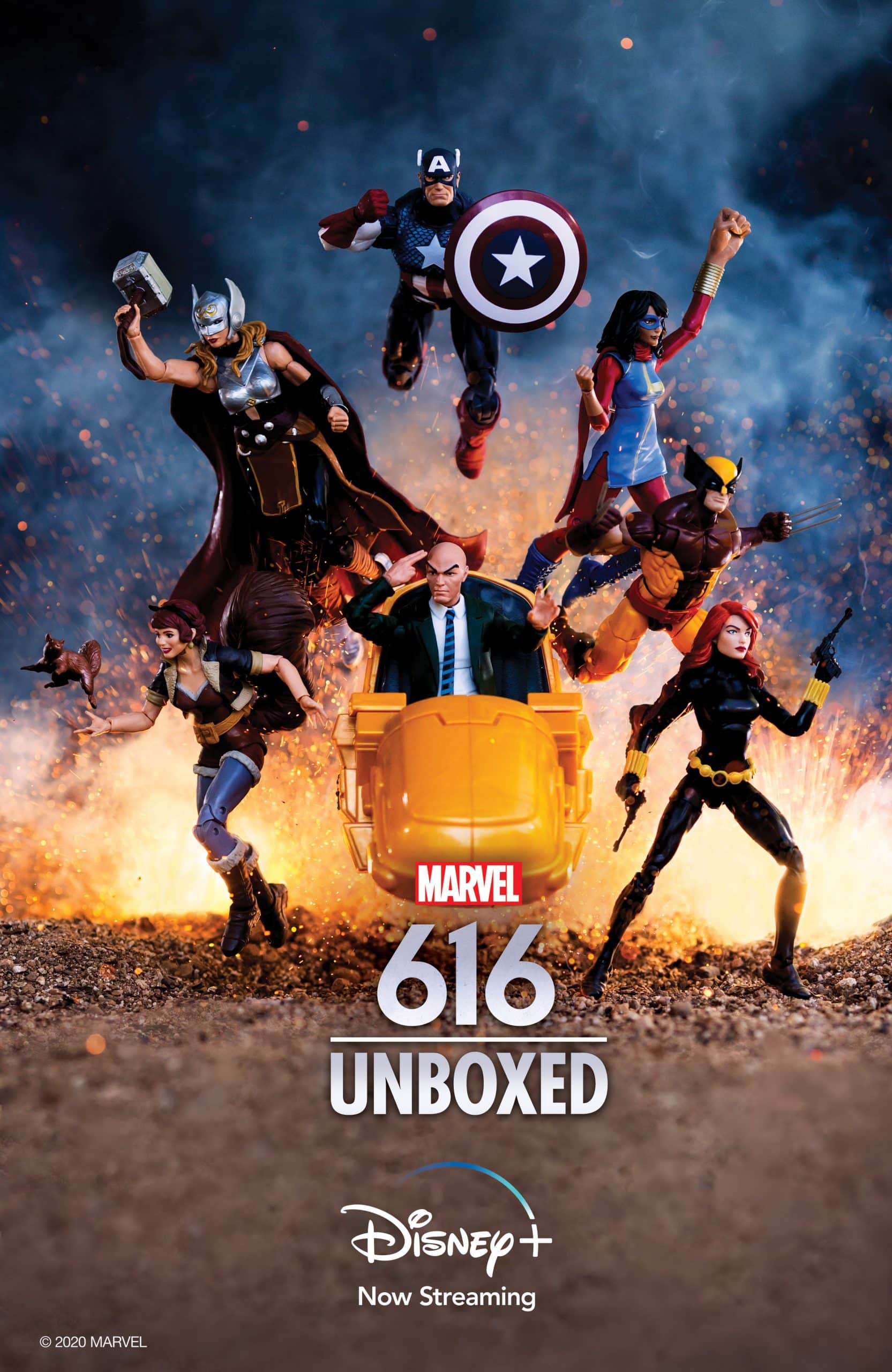 Comic book veteran Dan Slott is among the last remaining writers to collaborate using the storied “Marvel Method,” an approach where a writer develops and passes a plot summary to an artist to construct the visual action and story beats. Separated by thousands of miles as they work on Marvel’s new Iron Man 2020 comic book series, co-creators Slott and Pete Woods, along with Marvel editor Tom Brevoort, race to meet the first issue’s print deadline and debut one of the first Marvel comics of the decade. Directed by Brian Oakes (Jim: The James Foley Story, Abstract: The Art of Design). 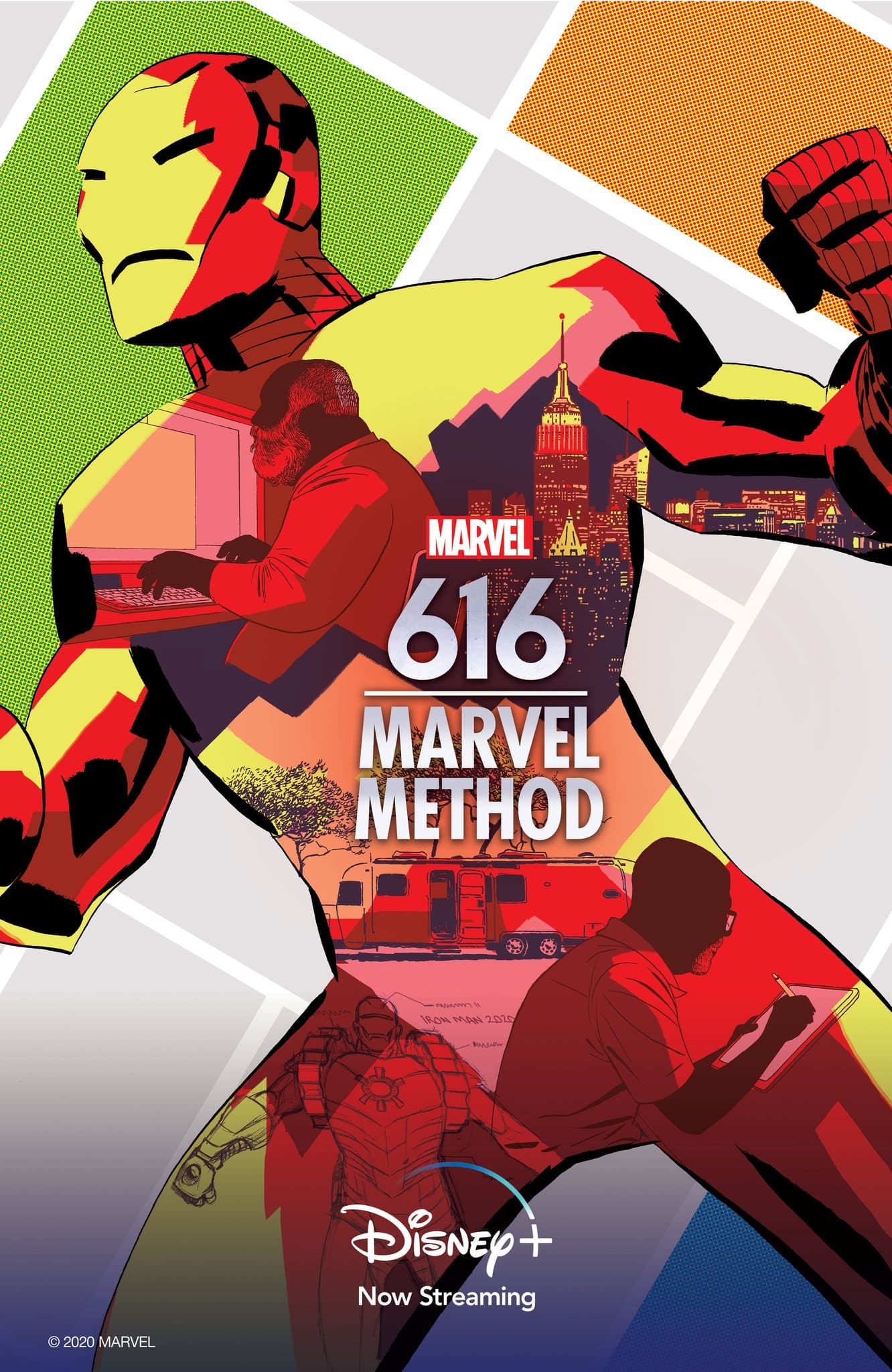 The Marvel Spotlight program delivers Marvel’s stories of heroism and hope to a fresh medium: the stage! Marvel has created a series of one-act plays to challenge teenagers to explore the humans behind their favorite Marvel Super Heroes, including Ms. Marvel and Squirrel Girl, and examine universal challenges facing young adults today. This episode, directed by Golden Globe nominee Alison Brie (GLOW, Community), introduces a group of students at Florida’s Brandon High School as they delve into a whirlwind of auditions, blocking, and rehearsals. While the classmates forge bonds and thrive off their teacher’s encouragement, they grasp the moral of the plays — ordinary people can do extraordinary things. 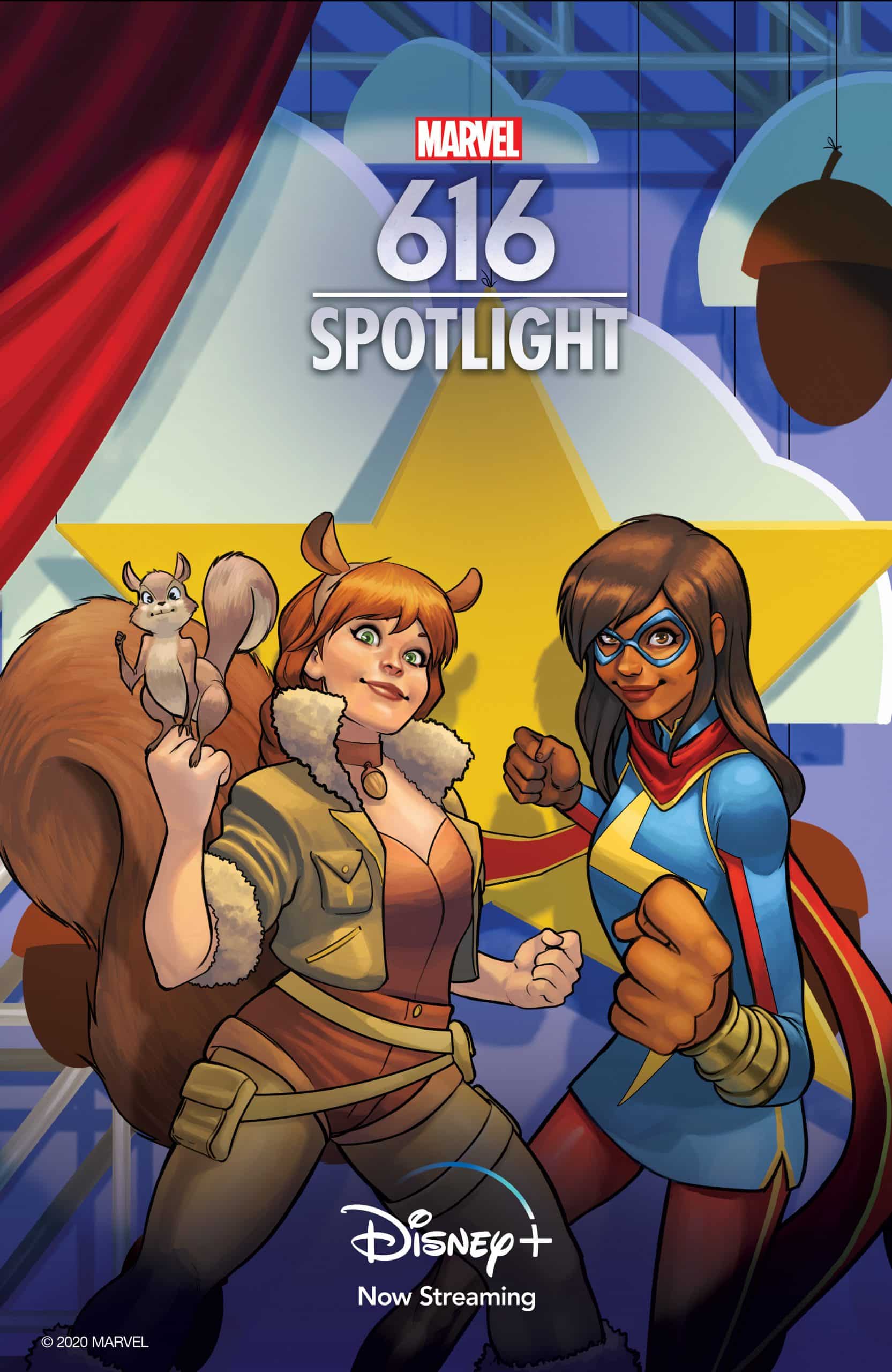 All eight episodes of Marvel’s 616 are available now on Disney+.

Roger has been a Disney fan since he was a kid and this interest has grown over the years. He has visited Disney Parks around the globe and has a vast collection of Disney movies and collectibles. He is the owner of What's On Disney Plus & DisKingdom. Email: Roger@WhatsOnDisneyPlus.com Twitter: Twitter.com/RogPalmerUK Facebook: Facebook.com/rogpalmeruk
View all posts
Tags: 616, Marvel, marvel's 616