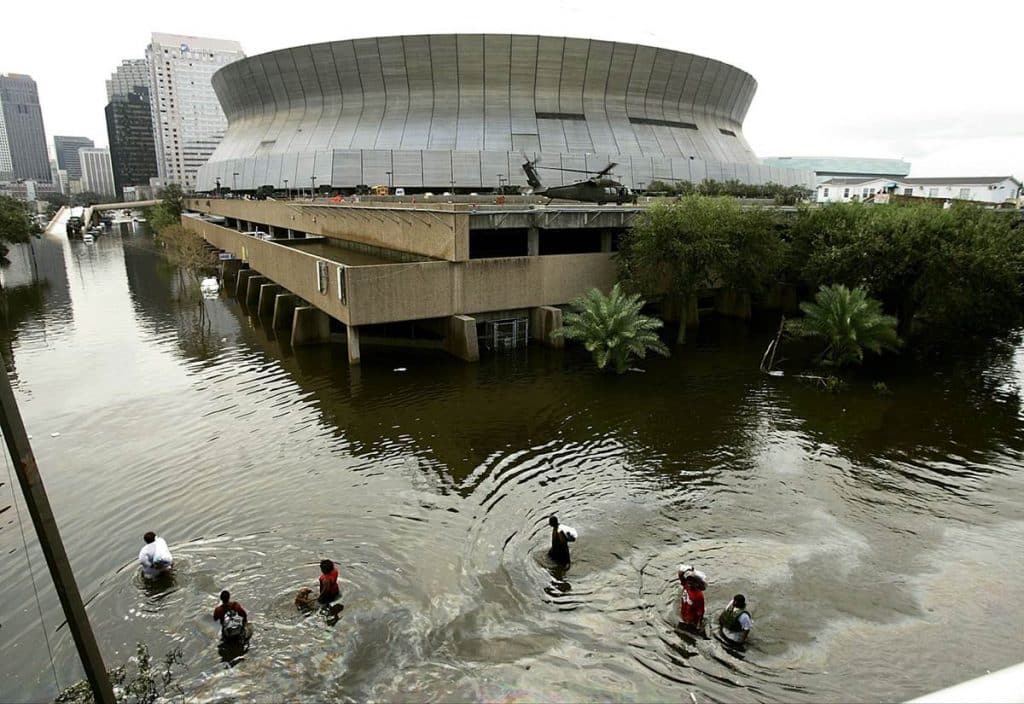 At the Television Critics Association Winter Press Tour, National Geographic announced a brand new documentary series, that is currently just going by the working title of “Katrina”, which will be released in 2025, to tie in with the 20th Anniversary of the event.

From Lightbox, the Oscar and Emmy-winning producers behind “LA92”, this five-part premium series tells the definitive story of Katrina from a period of two decades of hindsight, with everything we can now see clearly for the first time. As such, the series will offer a layered and nuanced narrative that has not previously been possible.

It will foreground the cataclysmic events of the weeks of the disaster in forensic detail while also contextualizing this narrative by pulling together the threads of seemingly unrelated events that played out years, and sometimes even decades, prior to the catastrophe that is vital in understanding not just how Katrina unfolded in the way it did, but why. Told from the perspectives of key characters ― both people on the ground and those in positions of power ― and hundreds of hours of visceral archival footage which will drive every aspect of our narrative, KATRINA (working title) will show how the floodwaters of America’s worst natural disaster tore through not only the Gulf States but also the very fabric of society. In doing so, it will raise searing questions about race in America, many of which remain unanswered ― yet still highly relevant ― two decades later.

This new documentary will be part of a new franchise, which will include other titles, including one based on the Boxing Day Tsunami.

The executive producers for the series include Simon Chinn and Jonathan Chinn.

The new documentary will be coming out in 2025 on the National Geographic channel and Disney+.

Roger has been a Disney fan since he was a kid and this interest has grown over the years. He has visited Disney Parks around the globe and has a vast collection of Disney movies and collectibles. He is the owner of What's On Disney Plus & DisKingdom. Email: Roger@WhatsOnDisneyPlus.com Twitter: Twitter.com/RogPalmerUK Facebook: Facebook.com/rogpalmeruk
View all posts
Tags: katrina, national geographic, tca