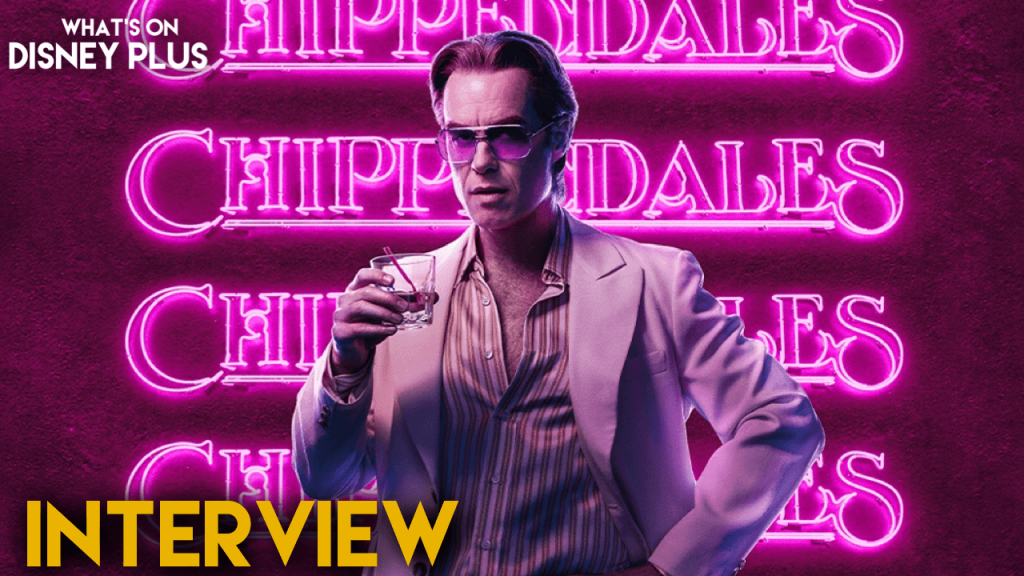 This month, Disney+ subscribers in the UK and Ireland are going to be treated to a new limited series from 20th Television, called “Welcome To Chippendales”, which is a sprawling true-crime saga, “Welcome to Chippendales” tells the outrageous story of Somen “Steve” Banerjee, an Indian immigrant who became the unlikely founder of the world’s greatest male-stripping empire – and let nothing stand in his way in the process.

Recently, I got to speak with Murray Bartlett about his role, Nick De Noia, in the new series, which is coming to Disney+ in the UK and Ireland on January 11th 2023 and find out what was his biggest challenge working on the show.

There was a few. It was a really enjoyable show to work on. It’s a great cast who are also lovely people, so it felt like playtime in outfits from the seventies and eighties. It was an actor’s fantasy. And some scenes were more challenging than others, I guess, or what you’re reaching for in some scenes. But the dancing, trying to make myself look like a choreographer was… I can move, I feel like I can do that okay, but to actually sell being a choreographer.

And there’s one scene where it’s early in the show, and it’s the first time that Nick De Noia gets to pick his dancers, and we are in this big car park, and I’m auditioning dancers, and I have to mirror the routine to them as choreographers do, and then turn around and do it the opposite with them. That was a… I don’t know how to say this without swearing, a mind blast, let’s say it that way.

But I love that stuff. It’s a great challenge to have to… I practised that routine in my living room, over and over and over again. And we had great choreographers who were tailoring that stuff to things that we could do with our bodies, so that was helpful.

But yes, that was a great challenge. It’s one of the great things about being an actor, is you get to do that kind of stuff, and I’m a little bit obsessive about trying to make… When there’s a challenge like that, to really try and nail it. So, it was fun, but it was definitely a good challenge.

“Welcome To Chippendales” is coming to Disney+ in the United Kingdom and Ireland on Wednesday, 11th January 2023.  The entire season is also available to stream now on Disney+ in many countries, including Australia, New Zealand and Canada, plus on Hulu in the United States.

Roger has been a Disney fan since he was a kid and this interest has grown over the years. He has visited Disney Parks around the globe and has a vast collection of Disney movies and collectibles. He is the owner of What's On Disney Plus & DisKingdom. Email: Roger@WhatsOnDisneyPlus.com Twitter: Twitter.com/RogPalmerUK Facebook: Facebook.com/rogpalmeruk
View all posts
Tags: “Welcome to Chippendales”, interview