Disney has released a new trailer for its live-action version of “Mulan”, which is coming to Disney+ as “Premier Access” on September 4th, instead of going to cinemas in countries that have Disney+ operational.  This means Disney+ subscribers can pay an additional fee of $29.99 to gain early access to the film, for as long as they are an active member of Disney+.  “Mulan” will be available to all Disney+ subscribers at a later date.

Here is the official description for the film:

Check out Mulan’s Disney+ trailer below:

And Disney also released a Disney+ poster for the film: 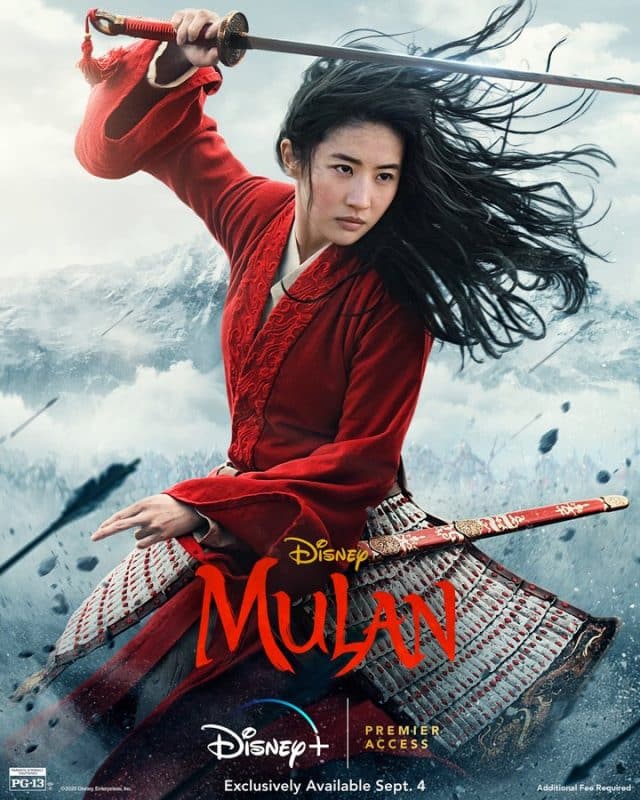 Are you going to be paying to unlock “Mulan” on Disney+ ?

Roger has been a Disney fan since he was a kid and this interest has grown over the years. He has visited Disney Parks around the globe and has a vast collection of Disney movies and collectibles. He is the owner of What's On Disney Plus & DisKingdom. Email: Roger@WhatsOnDisneyPlus.com Twitter: Twitter.com/RogPalmerUK Facebook: Facebook.com/rogpalmeruk
View all posts
Tags: disney, Mulan