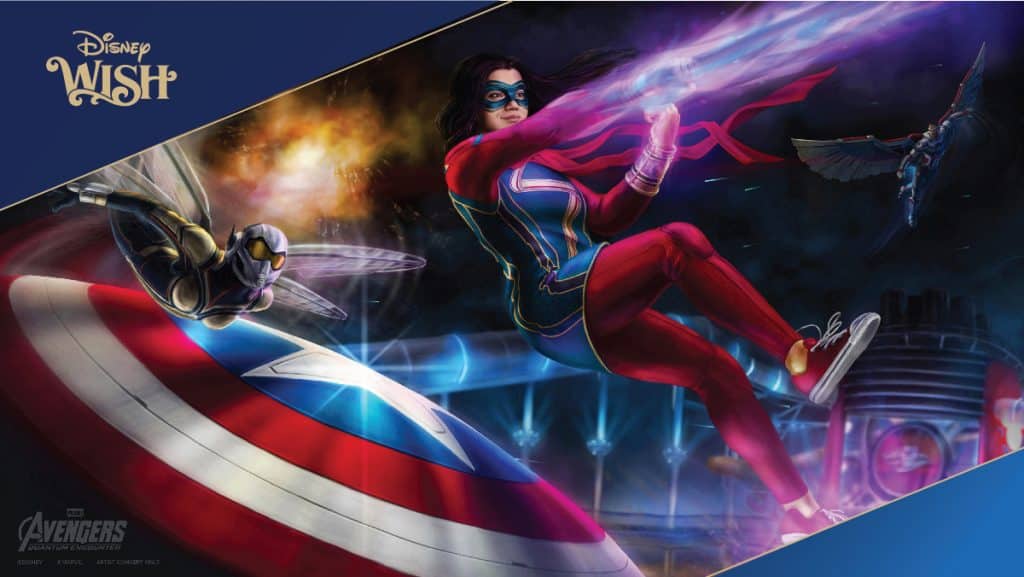 Disney has announced that actress Iman Vellani, who stars as Ms. Marvel, in the new Disney+ Original series, is joining the star-studded line-up in “Avengers: Quantum Encounter,” an all-new interactive show premiering exclusively at Worlds of Marvel restaurant on board the new Disney Cruise Line ship, the Disney Wish!

She joins other world-renowned Marvel actors in this first-of-its-kind cinematic dining adventure, including Paul Rudd as Ant-Man, Evangeline Lilly as The Wasp, Anthony Mackie as Captain America, and Brie Larson as Captain Marvel. 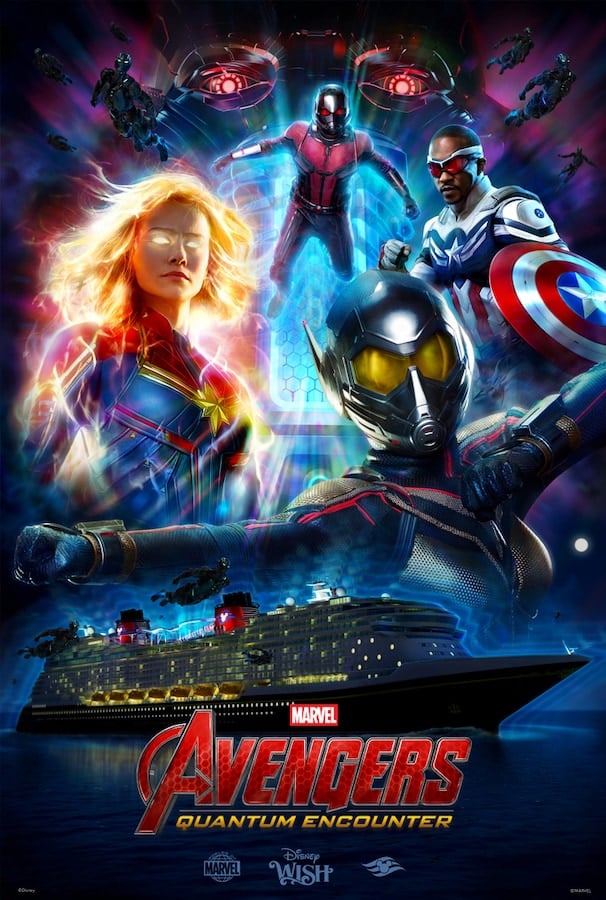 “Avengers: Quantum Encounter” is Disney Cruise Line’s most ambitious dining experience ever. It’s like dining inside an epic Marvel movie! Throughout dinner, guests take part in a hands-on demonstration of the latest and greatest Pym Tech, the Quantum Core, hosted by Scott Lang and Hope van Dyne (Ant-Man and The Wasp). But this tech is so advanced that it attracts a very unwelcome visitor to the Disney Wish: Ultron, voiced by actor Ross Marquand, eager to get his hands on this powerful quantum technology.

Captain America and Captain Marvel arrive just in time to take on an army of Ultron’s sentries in an Avengers-level battle on the upper decks of the ship. With them is hero-in-training Ms. Marvel, who puts her cosmic powers to the test alongside some of her favorite Avengers … while totally fangirling the whole time.

The Disney Wish officially sets sail in just a few weeks and is the fifth ship to join the Disney Cruise Line fleet.

In the meantime, you can watch the first two episodes of “Ms Marvel” on Disney+ now.

Are you going to be checking out the Disney Wish anytime soon?

Roger has been a Disney fan since he was a kid and this interest has grown over the years. He has visited Disney Parks around the globe and has a vast collection of Disney movies and collectibles. He is the owner of What's On Disney Plus & DisKingdom. Email: Roger@WhatsOnDisneyPlus.com Twitter: Twitter.com/RogPalmerUK Facebook: Facebook.com/rogpalmeruk
View all posts
Tags: disney cruise line, ms marvel