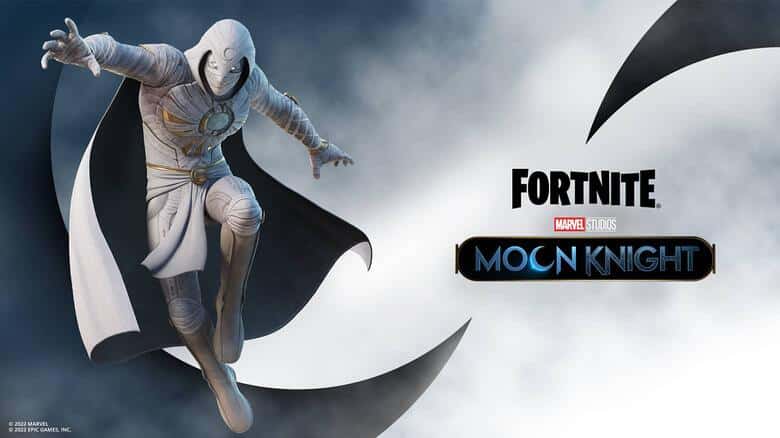 To tie in with the release of the new Marvel Studios “Moon Knight” series on Disney+, a new bundle has been released in the hit video game, “Fortnite”.

Moon Knight is seldom seen without his cape, so included with his Outfit is the Moon Knight’s Cloak Back Bling. And for your close-quarters combat, the Crescent Darts Pickaxe is in the Shop as well.

As with all Fortnite skins and items, they will only be available for a limited time.

You’ll find these items within the Fortnite store.

Roger has been a Disney fan since he was a kid and this interest has grown over the years. He has visited Disney Parks around the globe and has a vast collection of Disney movies and collectibles. He is the owner of What's On Disney Plus & DisKingdom. Email: Roger@WhatsOnDisneyPlus.com Twitter: Twitter.com/RogPalmerUK Facebook: Facebook.com/rogpalmeruk
View all posts
Tags: Fortnite, Marvel, moon knight