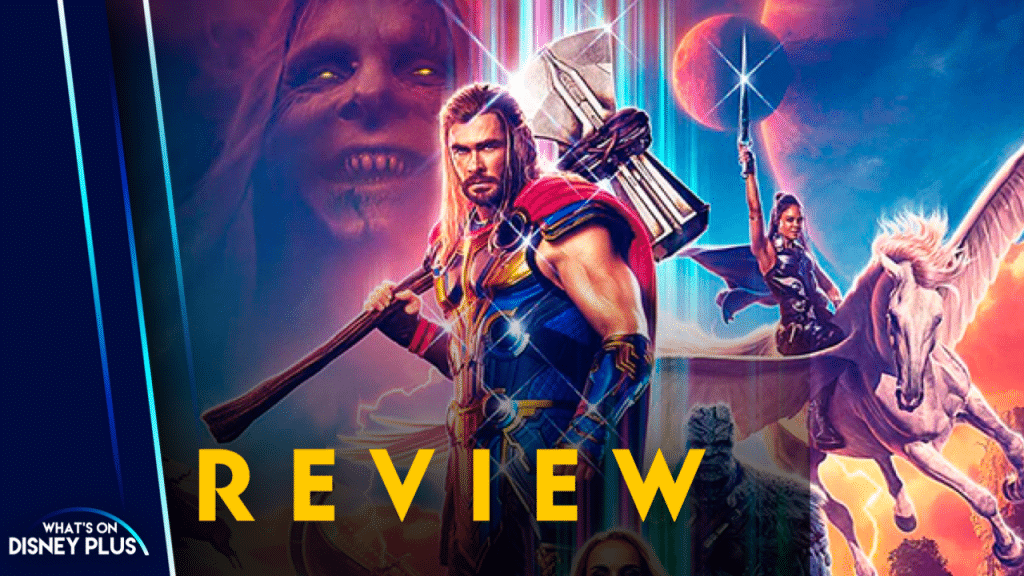 The next instalment in the Marvel Cinematic Universe is “Thor: Love & Thunder”, which picked up after the events of “Thor Ragnarok” and “Avengers: Endgame”, where the Asgardians have a new life on earth and Thor is on other planets with the “Guardians Of The Galaxy”, trying to find himself.

But soon, he is pulled back to Asgard to deal with a new problem.  Sadly, if you’re expecting lots of the “Guardians Of The Galaxy”, their screen time is relatively short, but it also shows the power of the large MCU, when characters can float in and out of films.  This is much more than a cameo and a nice little taster before the third volume of their movie, hits our screens next year.  I also think had they been involved throughout the film. It would have felt a little bloated, with too many characters. 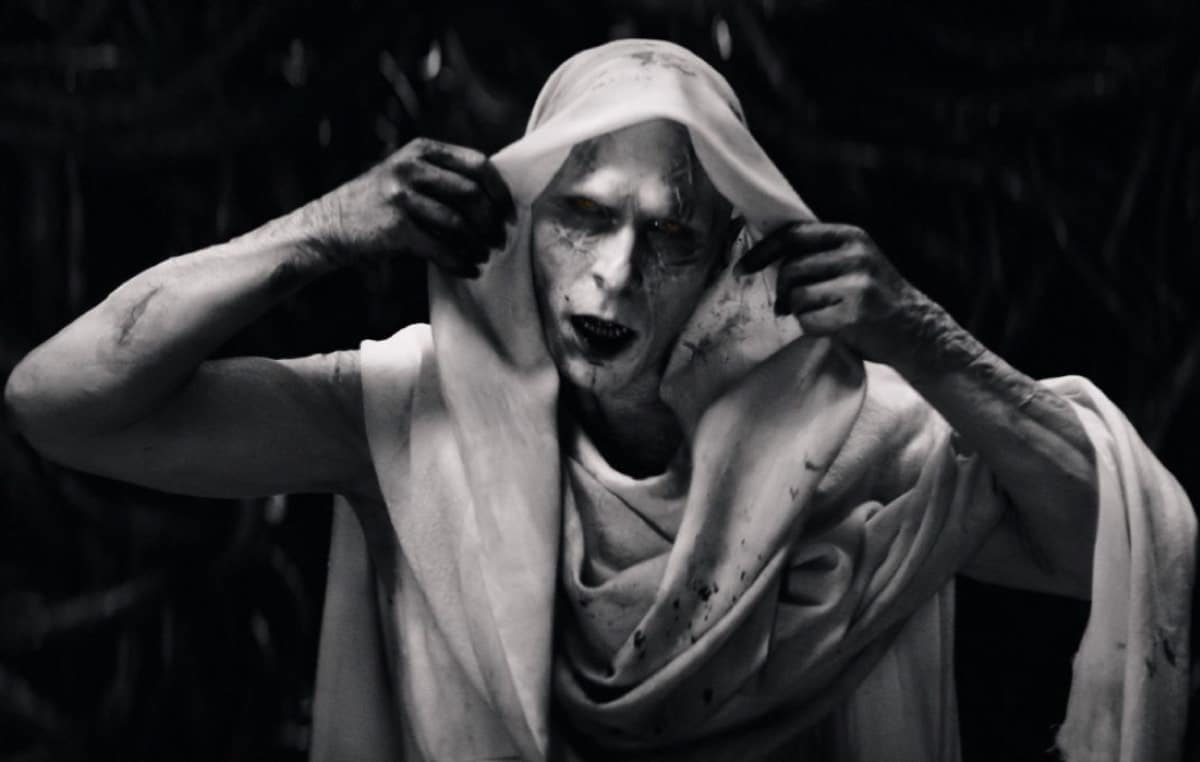 Christian Bale joins the MCU as “Gorr The God Butcher”, who is quickly portrayed as a grieving father, who has lost his faith and is chosen by the Necrosword, which can kill gods.  Gorr sets out to kill every god he can, while being edged on by a mythical force.

In terms of villains, Gorr, is a nasty and frightening one, he’s unique terrifying look, instantly grabs you and is quickly established as a major threat to the existence of gods.  But he still suffers from the age-old problem with the MCU, where the villains just aren’t given enough time to shine.  Gorr’s reasons are valid, but the pull to the dark side is much stronger because of his grief.  Christian Bale is superb in this role and sometimes even makes you feel sorry for the character, which is great, because sometimes MCU villains are a little one-dimensional. 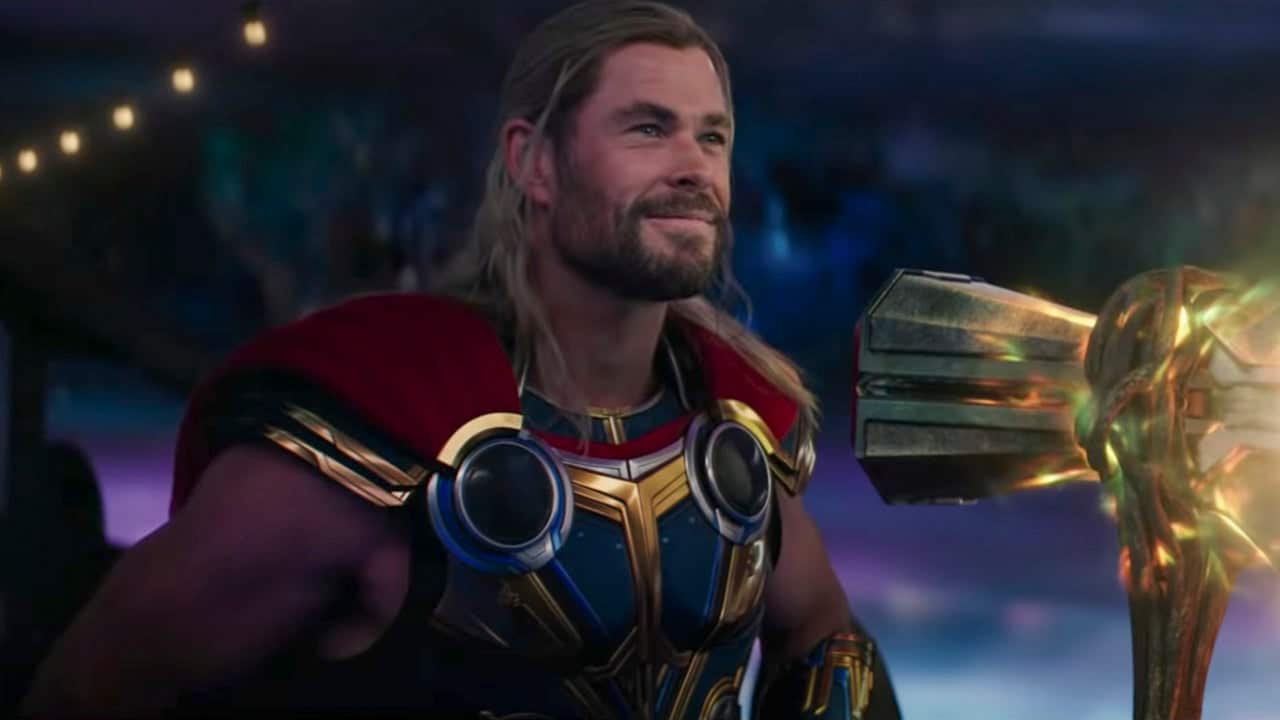 I’ll be honest, I’ve never really understood the appeal of Jane Foster in the first two Thor movies, but in this film, she really gets time to shine and step up as Mighty Thor.  One of my favourite comic book stories from recent years was the Mighty Thor run, which sees Jane Foster dealing with cancer, and I think this film captured all of the most important aspects of that storyline, but mixed it up nicely with Gorr.   There are so many little flashback scenes of Thor and Jane falling in love, but more importantly, drifting apart, which was never really explained properly in previous films.

Tessa Thompson once again shines as King Valkyrie. She’s once again a strong female character, who also can hit the comedy moments perfectly.  The combination of Valkyrie and Mighty Thor is superb, nicely bouncing off Thor and Korg.

There are plenty of serious topics like battling cancer, grief and the meaning of life, but this is possibly one of the funniest films I’ve seen in years.  It is jam-packed with comedy moments that I couldn’t stop chuckling at, and the rest of the theatre was howling dozens of times throughout the film. 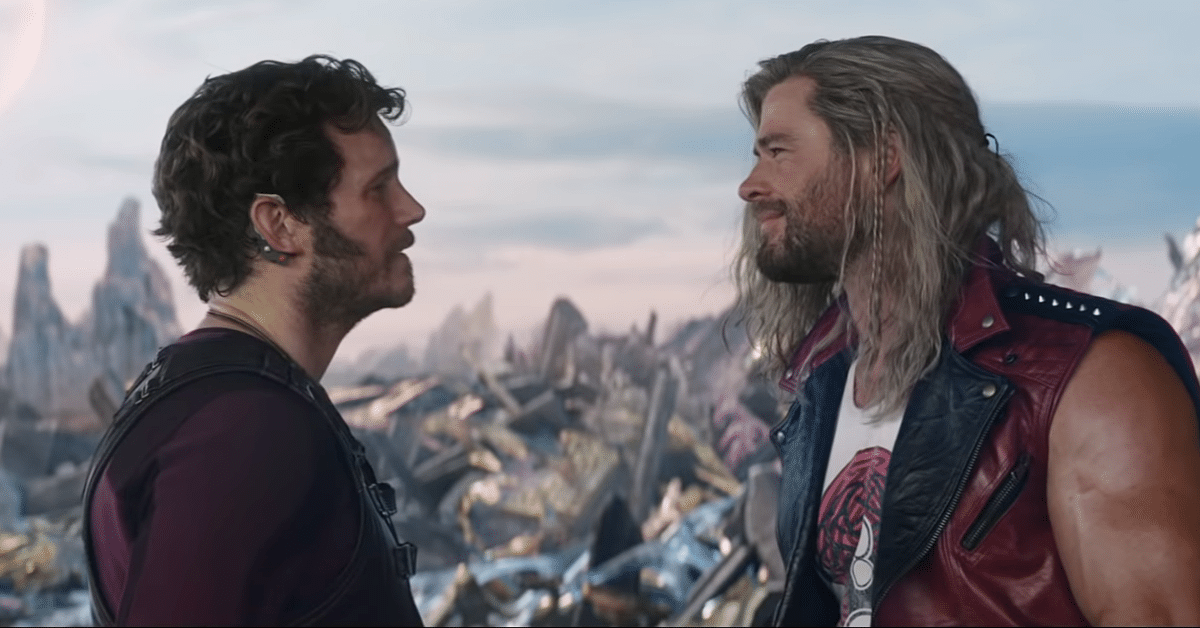 If you didn’t enjoy the comedy aspects of “Ragnarok”, you’ll probably struggle with “Love & Thunder”, though I love Taika Waititi’s style of comedy and “Thor: Love & Thunder” didn’t disappoint.  It takes “Thor: Ragnarok” and completely ups the humour, and it just made this film so entertaining.  I absolutely loved it.  It’s full of laughs and action.  It doesn’t take itself too seriously, but it can get pretty dark when it needs to.  If you want a dark, moody superhero film, this isn’t it.  You’re never more than a few minutes away from the next laugh.  I found “Thor: Love & Thunder” so appealing, and I can’t wait to watch it again.

“Thor: Love & Thunder” is a wonderful entertaining romp with space Vikings, with lots of laughs along the way.  But it also can deliver some excellent action scenes, plus some dark moments that pull on your heartstrings.  Just sit back and enjoy a fun film, it’s got flying goats, gods fighting and a jealous axe! Realism went way out the window on this one! If you feel like you need something fun and stupid, with lots of action, you can’t go wrong with this film.

“Thor: Love & Thunder” is coming to cinemas from Friday 8th July 2022, and it will be released on Disney+ later this year.

Roger has been a Disney fan since he was a kid and this interest has grown over the years. He has visited Disney Parks around the globe and has a vast collection of Disney movies and collectibles. He is the owner of What's On Disney Plus & DisKingdom. Email: Roger@WhatsOnDisneyPlus.com Twitter: Twitter.com/RogPalmerUK Facebook: Facebook.com/rogpalmeruk
View all posts
Tags: Marvel, review, thor, thor: love & thunder