Disney has announced details on the home video release of “Thor: Love and Thunder”, which arrives on Digital platforms on September 8th 2022 and on 4K Ultra HD, Blu-ray and DVD on September 27th 2002. Fans can add the film to their Marvel Studios’ movie collection and access exclusive bonus content, including deleted scenes, a gag reel and audio commentary by legendary filmmaker Taika Waititi.

“Thor: Love and Thunder” will also stream on Disney+ on September 8th 2022, which is also Disney+ Day.

Marvel Studios’ “Thor: Love and Thunder” finds the God of Thunder (Chris Hemsworth) on a journey unlike anything he’s ever faced – one of self-discovery. But his efforts are interrupted by a galactic killer known as Gorr the God Butcher (Christian Bale), who seeks the extinction of the gods. To combat the threat, Thor enlists the help of King Valkyrie (Tessa Thompson), Korg (Taika Waititi) and ex-girlfriend Jane Foster (Natalie Portman), who – to Thor’s surprise – inexplicably wields his magical hammer, Mjolnir, as the Mighty Thor. Together, they embark upon a harrowing cosmic adventure to uncover the mystery of the God Butcher’s vengeance and stop him before it’s too late. 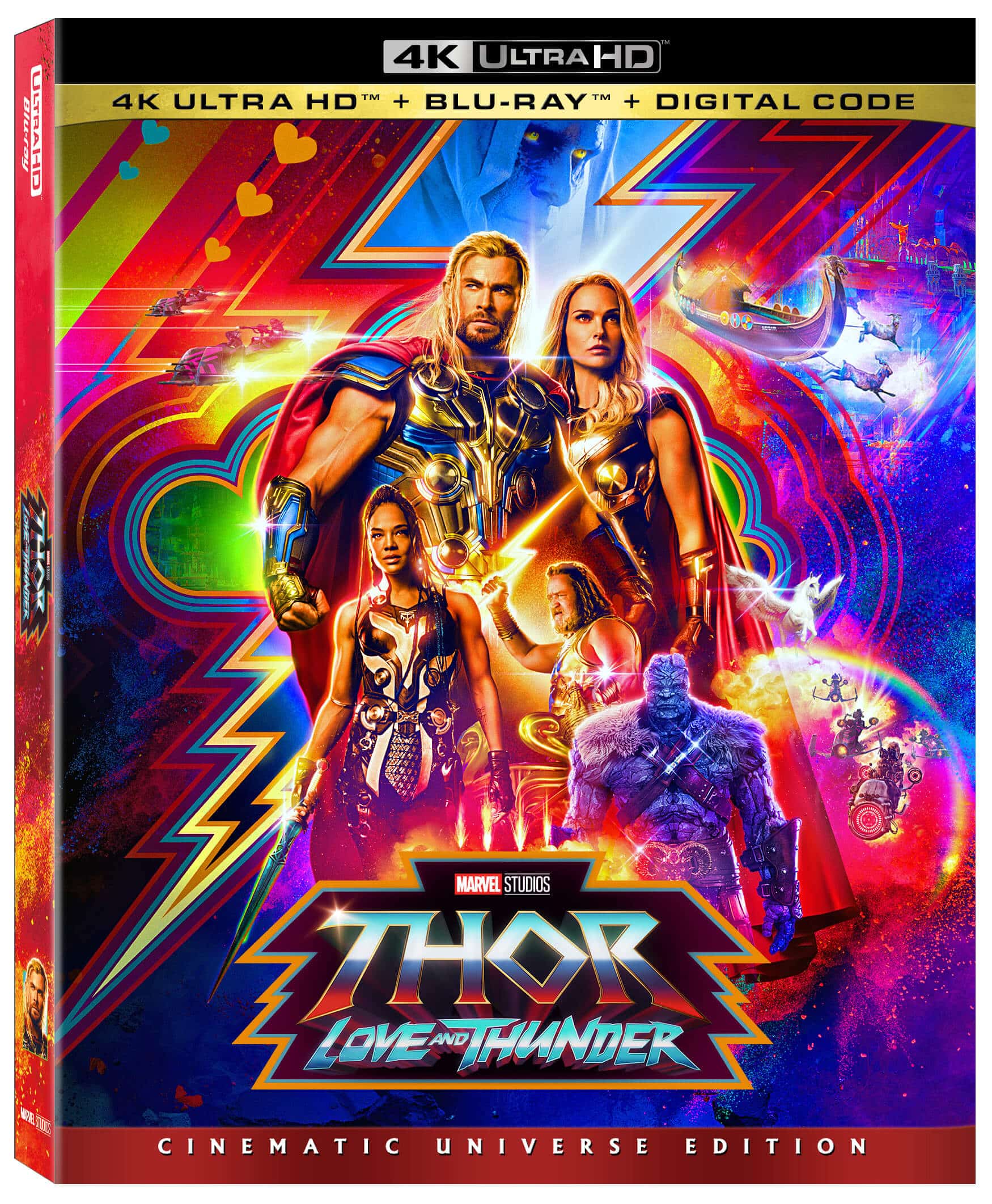 Bonus Features*
Featurettes
Deleted Scenes
*Bonus features vary by product and retailer
Will you be picking up “Thor: Love & Thunder” on digital or physical media?
For the latest Disney+ news, follow us on Twitter, Facebook, and Instagram.
Sign up For Disney Streaming Bundle (Disney+, ESPN+ & Hulu) Now