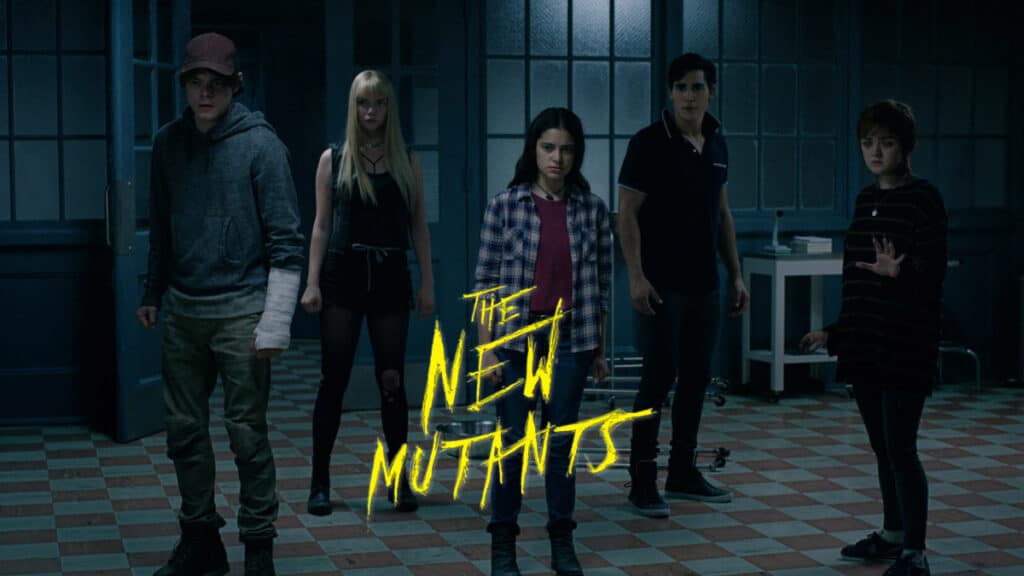 20th Century Studios “The New Mutants” was due to be released in April this year, but due to the Coronavirus, the movie was pulled from its release window, leading many to predict the movie would either be released as a premuim rental like “Trolls: World Tour” or that it would heading directly to Disney+ or Hulu, depending on how appropriate the PG13 movie was for Disney+.

Today, the movie has been added to Amazon in both the United States and United Kingdom, as a digital purchase.  Priced at $25.99 /£13.99. 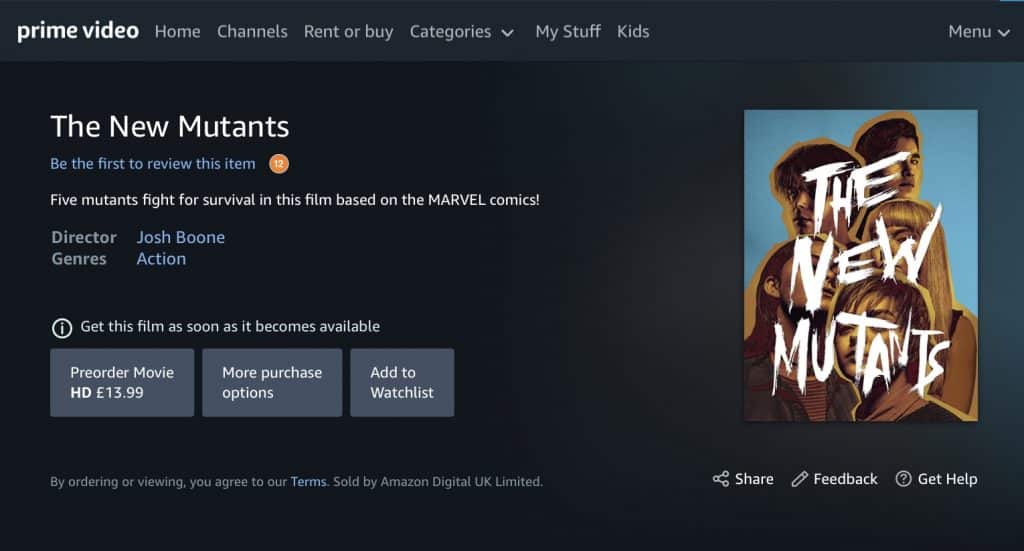 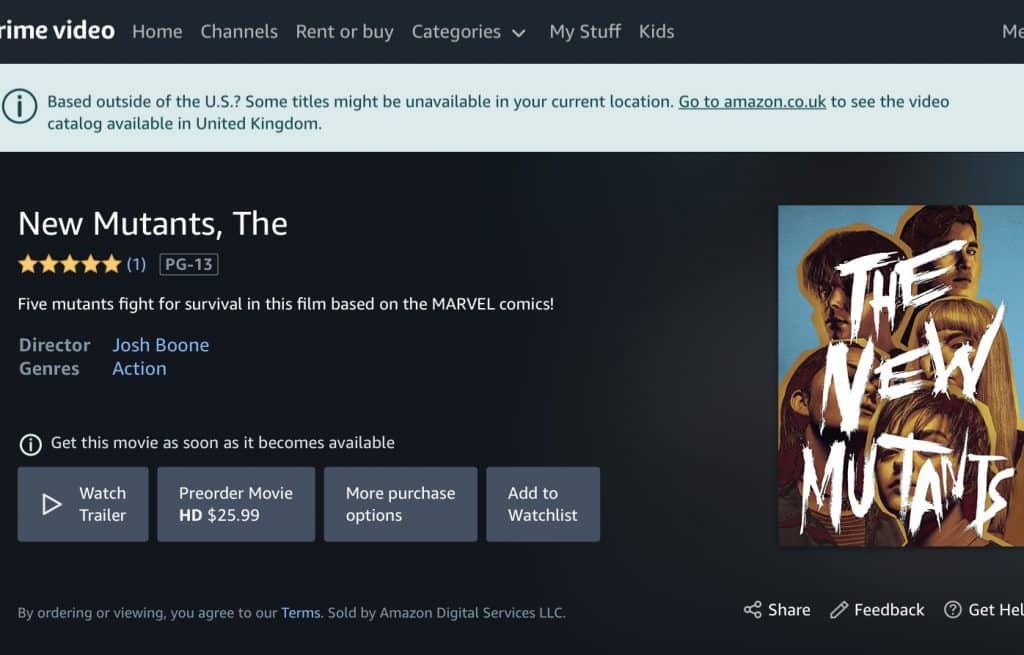 Ever since the Walt Disney Company announced it was buying 20th Century Fox, the future of the X-Men movies suddenly looked different.

With filming already completed on “The New Mutants”, the movie suffered multiple delays, moving out the way of other movies such as Deadpool 2 and Dark Phoenix. Disney also stated that it was unimpressed with The New Mutants, believing it had “limited box office potential”. With multiple release dates, many assumed the movie could eventually be released directly onto Disney+ or Hulu.

The film was going to have some reshoots, but because too much time had passed between filming and potential reshoots, since the teenage actors have aged.

While nothing has been officially announced, this digital release does mean that Marvel fans should be able to see the movie soon.  When Disney released Pixar’s Onward early, it released it digitally to purchase before it was added to Disney+.   With the movie being released by 20th Century Studios, it is probably still going to be part of the existing HBO deal, which means it gets access to 20th Century Studios movies first until the contract ends in 2022.

However, things could vary internationally as many of the X-Men movies are available in Canada, Australia, New Zealand and across Europe, so it’s likely to be available at some point here earlier than in the US.

UPDATE – The films have been “removed” from sale on Amazon in the United States.  This could have been a mistake or that it was made available before the official announcement.

Are you excited to see New Mutants?