Earlier this year during the SuperBowl, Disney released a teaser trailer featuring previews of the first three Marvel Studios Disney+ shows, “Loki”, “WandaVision” and “The Falcon and The Winter Soldier”.   Disney then added placeholder pages onto Disney+ for each other shows, with “The Falcon and The Winter Soldier” stating it would be coming in 2020.

Then the Coronavirus hit, causing the filming schedule to be thrown into chaos with everything shutting down.  With filming on “The Falcon and The Winter Soldier” resuming earlier this month, missing its initial August release.

During the Emmy’s, Disney released the trailer for WandaVision, which is coming to Disney+ later this year, however “The Falcon and The Winter Soldier” placeholder page on the Disney+ app has now been updated to state “COMING IN 2021”.  Confirming that the Marvel series will not be hitting its initial release date. 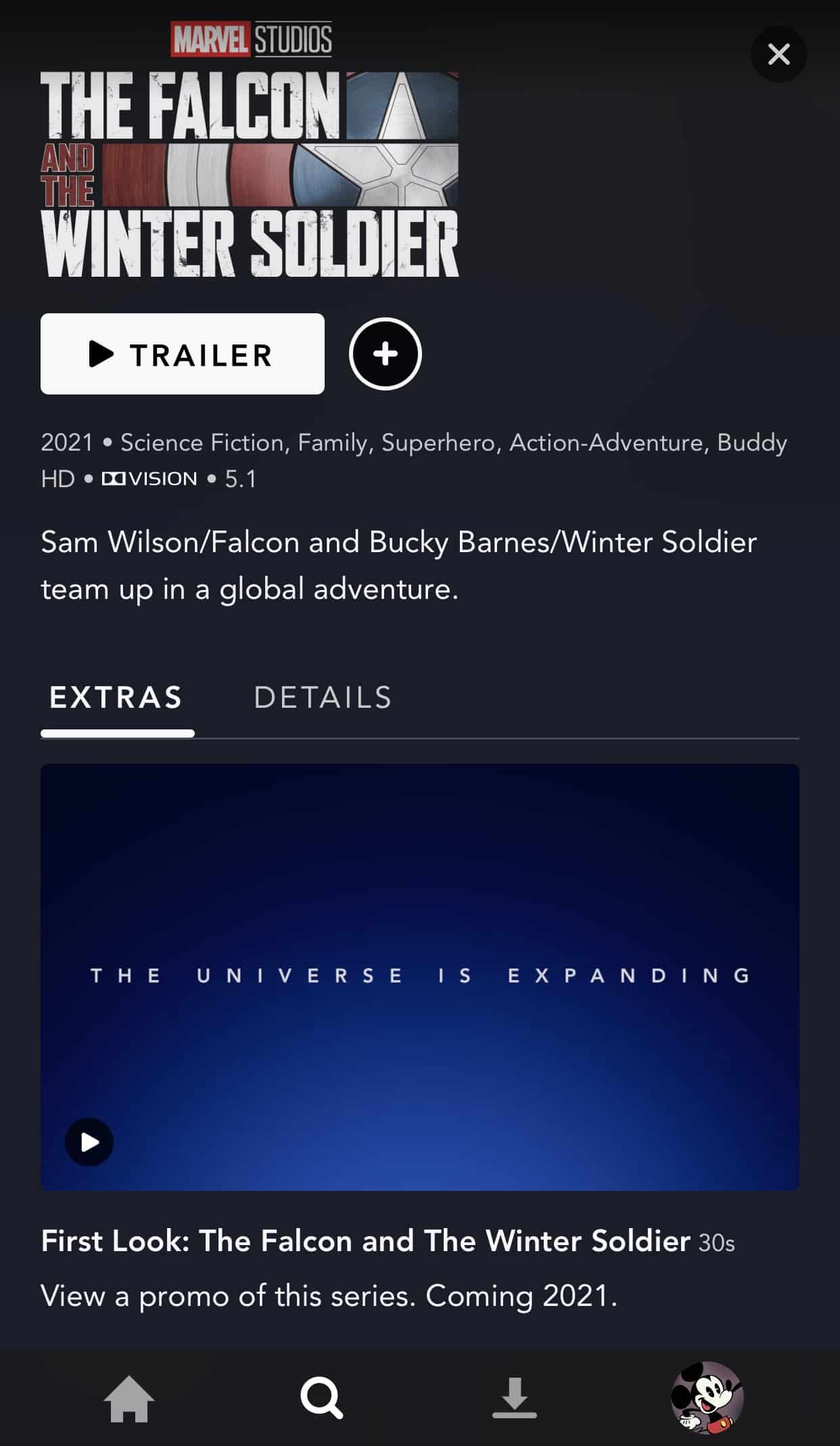 The new Marvel series follows on from the events of “Avengers: Endgame,” Sam Wilson/Falcon (Anthony Mackie) and Bucky Barnes/Winter Soldier (Sebastian Stan) team up in a global adventure that tests their abilities—and their patience—in Marvel Studios’ “The Falcon and The Winter Soldier.” The all-new series is directed by Kari Skogland; Malcolm Spellman is the head writer.

Are you looking forward to seeing “The Falcon and the Winter Soldier”?