One of this year’s upcoming Marvel Studios projects is “I Am Groot”.

The series of shorts follows Baby Groot’s glory days growing up, and getting into trouble, among the stars.

This new series of shorts is going to be directed by Executive Producer Kirsten Lepore.

Recently, Mark Hurtado, a Storyboard Artist and Concept Illustrator, has released some new concept art from the upcoming short series. 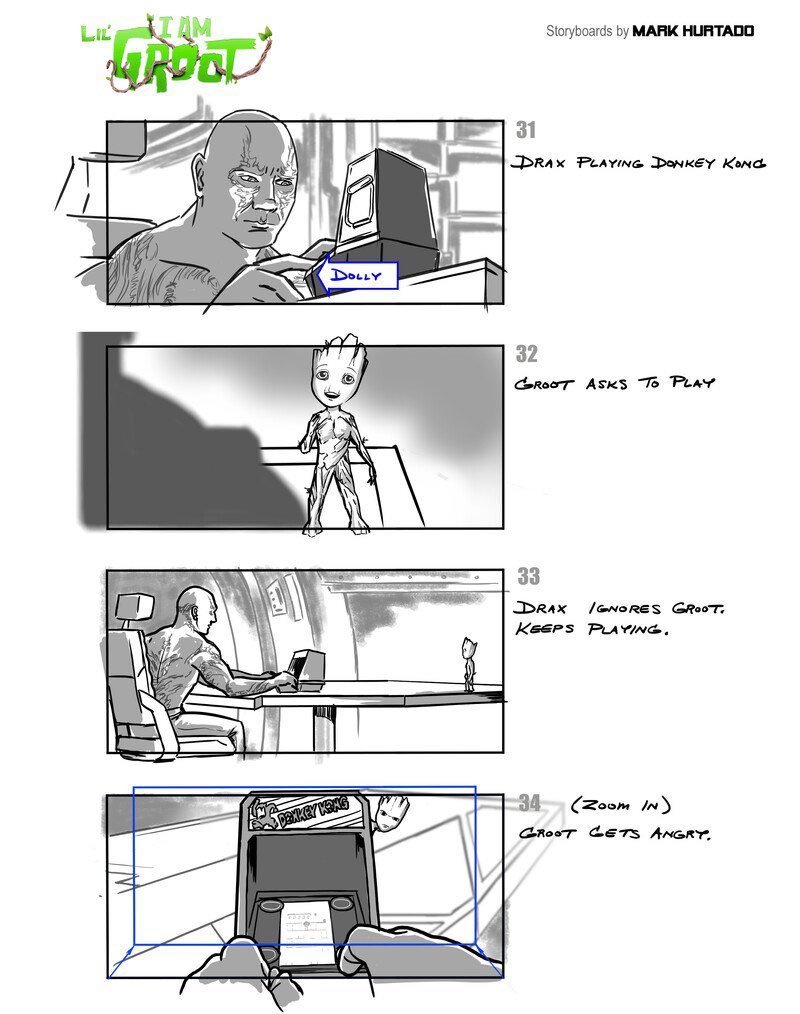 It’s important to note that concept art doesn’t necessarily mean these scenes will be included in the short series, since things can change in development.

Very little is known about this short series, though recently, “Guardians Of The Galaxy” director, James Gunn confirmed that it is due to arrive on Disney+ in 2022, but it’s not yet clear if this series of shorts will be live-action or animated.

Mark Hurtado has worked on many projects throughout his career, including “The Mandalorian”, “Garfield: The Movie”, “Alvin & The Chipmunks: The Road Chip”.

Are you looking forward to “I Am Groot” arriving on Disney+?