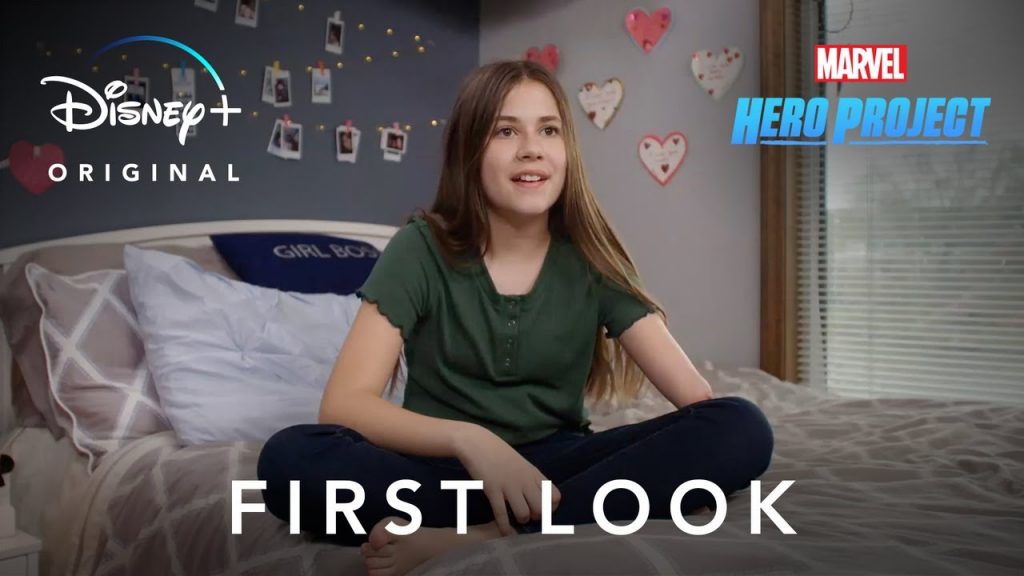 The clip was shown to the crowd to provide a preview of an upcoming episode.   You can view this clip below:

The new show will be available exclusively on Disney+ on November 12th.  This show will put the spotlight on kids who have shown how they became a hero in their communities, culminating in a surprise that makes them the star of their own Marvel Comic!

Are you excited for the Marvel’s Hero Project?

Roger has been a Disney fan since he was a kid and this interest has grown over the years. He has visited Disney Parks around the globe and has a vast collection of Disney movies and collectibles. He is the owner of What's On Disney Plus & DisKingdom. Email: Roger@WhatsOnDisneyPlus.com Twitter: Twitter.com/RogPalmerUK Facebook: Facebook.com/rogpalmeruk
View all posts
Tags: disney, front, Marvel, marvel's hero project