Marvel’s Doctor Strange In The Multiverse Of Madness | Review 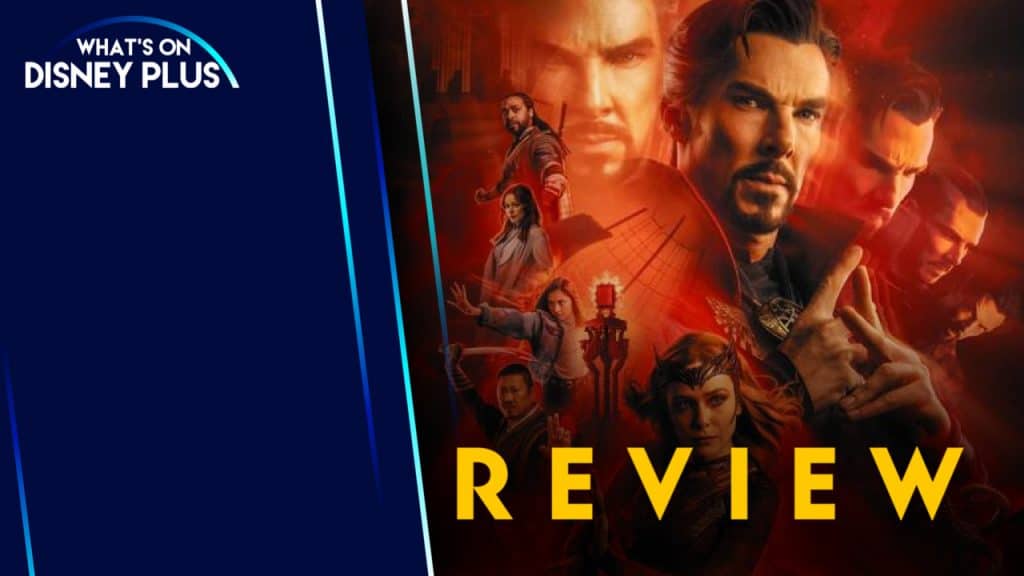 Marvel’s Doctor Strange In The Multiverse Of Madness | Review

Marvel’s “Doctor Strange In The Multiverse Of Madness” is the latest addition into the Marvel Cinematic Universe and is a direct follow up to the events of the Disney+ Original series, “WandaVision”, with some of the aspects of “Spider-Man: No Way Home” thrown in for good measure with plenty of surprises and much more.

It’s becoming a cliche to say, “this is unlike anything we’ve seen in the MCU before”, but once again, it’s unlike anything we’ve seen so far.  This film is like a weird mash-up of “WandaVision”, “No Way Home”, and “Loki” all in one, with some horror elements that made this film stand out.   It’s got a very different tone to “No Way Home”. It doesn’t have the humorous side. This one is all business.   I also liked how the trailer for this film, was misdirecting the audience into the main focus of the story.

While there are some scenes that highlight the pain that Wanda is in, following the “death” of her children in the Disney+ series, I think watching that series makes a huge difference in how you will enjoy this film. This film had many callbacks to the events of “WandaVision”, which is something we’ve never seen from Marvel before.  Marvel Studios president, Kevin Feige, said before “WandaVision” that the films and series will be more interlinked than before, and this film showcases that.   I know I had so much sympathy for Wanda throughout the film, because of the events of the show and just having a major villain of the film being more than your stereotypical, “I want to take over the universe” villain.   Though they almost made her a little one-dimensional with her obsession with her two boys.

American Chavez was a standout character in this film. She grounded the film and gave Doctor Strange his moral compass, though it did get a little misguided at times.  It’s just a shame we didn’t really get to know too much more about her, the flashback scene with her mum was great, but ultimately, by the end of the movie, you don’t know much more about her.  It’s almost like she needs her own Disney+ series to expand out the character a little?   It’s also pretty fun to see all the different parallel universes, especially as some are just plain bonkers.

The horror element in this movie is a major tone shift for the MCU, especially with the darkhold magic taking hold of Strange and Wanda.  There are some pretty scary moments, especially with the dementor like demons trying to kill Strange or when Wanda is reaching out through the reflections.  When this film was first announced, Marvel said it would have horror elements to it, which I think they did manage to do successfully.  I’m not a huge horror genre fan, which this film does take some queues from, but never entirely goes all in, since it stays within the MCU boundaries.

I did, however find the use of Rachel McAdams’s character, Christine Palmer, in the film, to be a little conflicting. At the same time, I thought the opening scene involving Doctor Strange going to her wedding worked well to establish his mindset.  Having him pick up a variant version of her to join them on their quest, just seemed unnecessary.

Possibly one of the most exciting things about this film, is how it introduces us to the Illuminati, a group of superheroes who control their universe.  It’s an assortment of mixed-up characters that certainly got a reaction from the audience that I was watching with.  It’s just a shame Disney revealed some of them, like Professor X, beforehand, because I think that would have had more of an impact, had we not known in advance.  I also liked how they pulled in some references from the “What If?” Disney+ series, i.e., Captain Carter, plus other interesting additions like Black Bolt from the Inhumans.  Someone that I certainly wasn’t expecting to be making the leap into the MCU, considering how poorly received the “Inhumans” series was.

The Multiverse opens the door for so many different stories and characters to be introduced into the MCU, but more importantly, this film highlights that there aren’t any rules, and any character from the multiverse is at risk.  Seeing the Scarlet Witch tearing well-known characters apart without any remorse, was extremely powerful and made her an even bigger threat. But I could have done with a little less MacGuffins chasing, which I found a little frustrating, since the entire film is either running from or to something, in the hope it’ll fix the situation.

Marvel’s “Doctor Strange In The Multiverse Of Madness” is an entertaining and strange entry into the MCU.  It’s got some incredible moments, and the pacing of the film is relatively quick.  Unlike a Disney+ series, it doesn’t have those slower moments, which can expand the characters out more.  Once again, this is the power of the MCU. It’s just building layers upon layers.  This allows us as viewers, to be given some new unique takes on our favourite superheroes.  This film is unlike anything we’ve seen so far in the MCU, and I really enjoyed it, but a little more time introducing America Chavez and spending more time with the Illuminati would have given this film some more depth.  But make no mistake, this film is a lot of fun and an easy recommendation to any Marvel fan.

Marvel’s “Doctor Strange In The Multiverse Of Madness” is out in cinemas from Friday 6th May 2022 and will be coming to Disney+ later this year.

Roger has been a Disney fan since he was a kid and this interest has grown over the years. He has visited Disney Parks around the globe and has a vast collection of Disney movies and collectibles. He is the owner of What's On Disney Plus & DisKingdom. Email: Roger@WhatsOnDisneyPlus.com Twitter: Twitter.com/RogPalmerUK Facebook: Facebook.com/rogpalmeruk
View all posts
Tags: doctor strange, Marvel, review