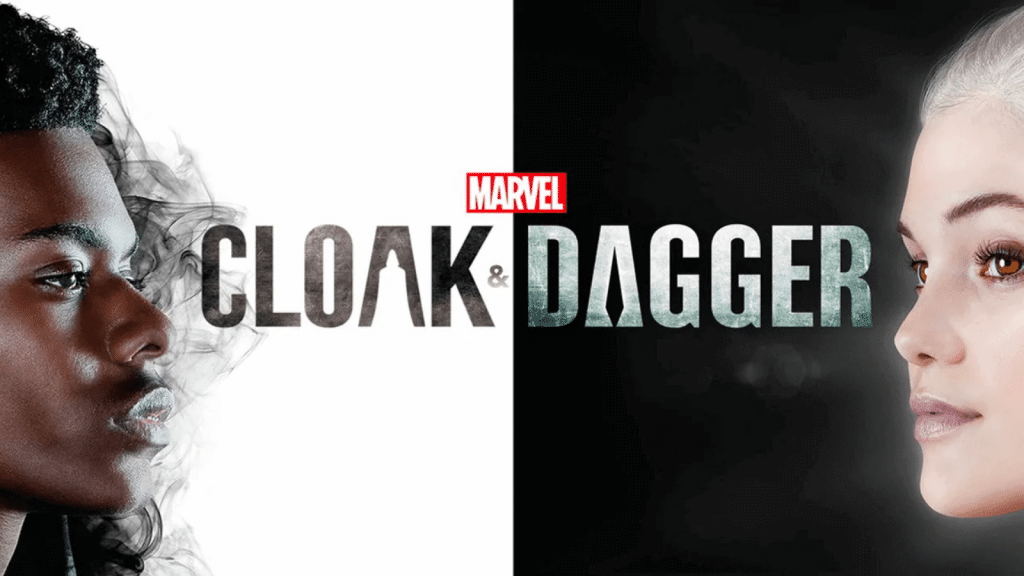 Disney has announced that both seasons of Marvel’s Cloak and Dagger will be coming to Disney+ in Australia, New Zealand and Canada on Tuesday, February 23rd.

This live-action series follows Tandy Bowen and Tyrone Johnson, two teenagers from very different backgrounds, who find themselves burdened and awakened to newly acquired superpowers while falling in love. Tandy can emit light daggers, and Tyrone has the ability to engulf others in darkness. Cloak is played by Aubrey Joseph and Dagger is played by Olivia Holt.

The series originally debuted on Freeform in the United States and ran for two seasons, which each season consisting of 10 episodes.  The two characters also appeared in the third season of Marvel’s “The Runaways”.

Unfortunately, the series was cancelled after the second season, when Marvel Television was merged in with Marvel Studios, who wanted to focus their TV shows on Disney+, with connections to the movies.

The series isn’t going to be coming to the UK or Ireland at the launch of “Star”, as the show is still an exclusive on Amazon Prime.  However, once the contract expires, then the show would then move to Disney+.

Are you looking forward to seeing Marvel’s Cloak and Dagger on Disney+?

Roger has been a Disney fan since he was a kid and this interest has grown over the years. He has visited Disney Parks around the globe and has a vast collection of Disney movies and collectibles. He is the owner of What's On Disney Plus & DisKingdom. Email: Roger@WhatsOnDisneyPlus.com Twitter: Twitter.com/RogPalmerUK Facebook: Facebook.com/rogpalmeruk
View all posts
Tags: cloak & dagger, Marvel