This week, filming has begun on a new Marvel Studios series for Disney+, “Agatha: Coven Of Chaos”, which will see Kathryn Hahn returning as the evil witch, Agatha Harkness, who was introduced in the Disney+ series, “WandaVision”. 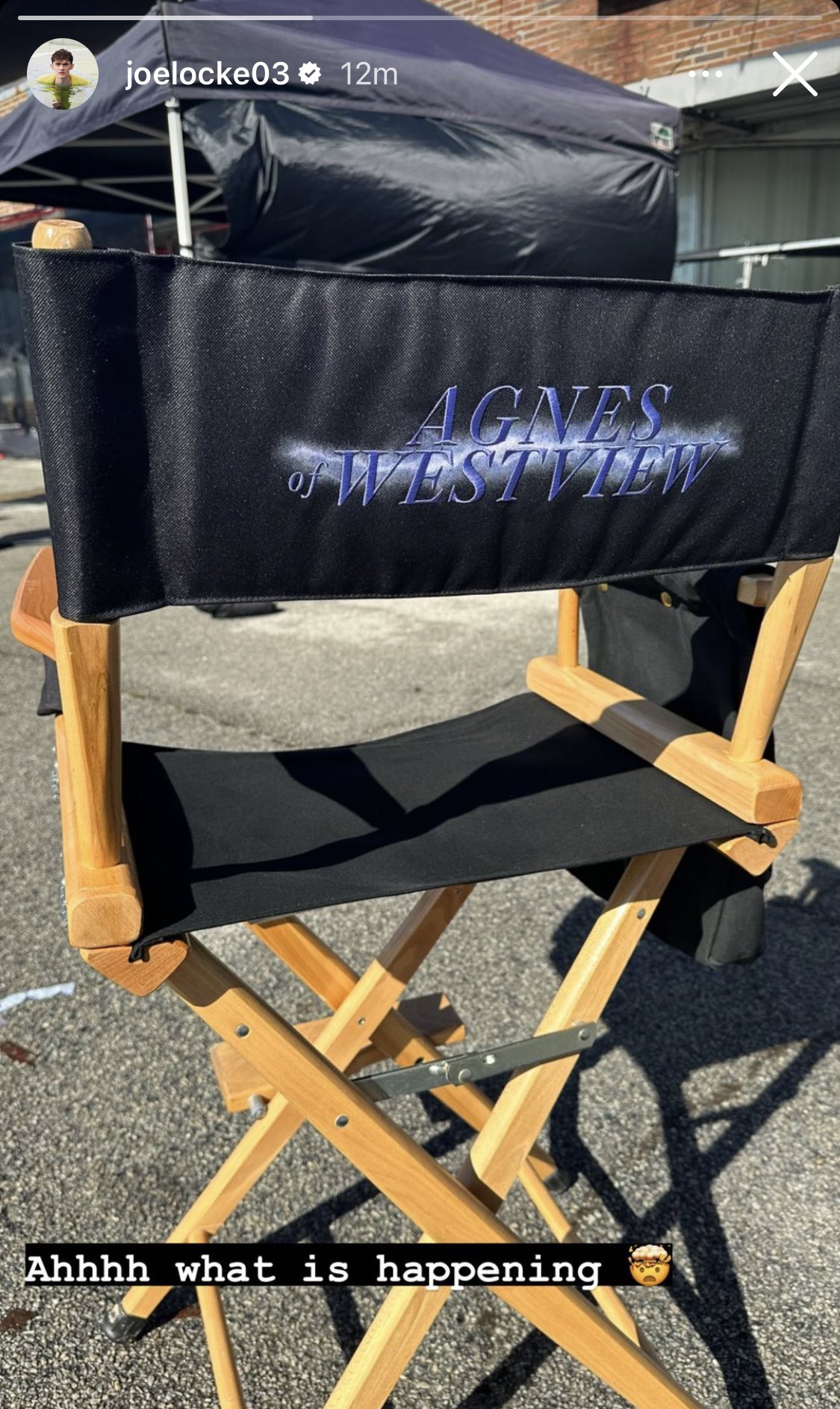 While a photograph of the director’s chair might not one very noticeable thing is very noticeable, is that it says, “Agnes Of Westview”.   This could indicate that the show is being renamed or is just a fun way to personalise the stars’ character names along with Westview.  The show has already been renamed once; it was initially announced as “Agatha: House Of Harkness”, but was renamed as “Agatha: House Of Harkness”.

“Agatha: Coven of Chaos” was written by Megan McDonnell, Peter Cameron, Laura Donney, and Cameron Squires. “WandaVision” creator and exec producer Jac Schaeffer is also returning as the showrunner on Disney+ original series and will also be stepping up and will direct some of the episodes. Also directing the new Disney+ series will be Gandja Monteiro, who has previously directed some of the mega smash-hit Netflix series, “Wednesday”, and Rachel Goldberg, who has previously directed on Netflix’s “Resident Evil” series.

At the San Diego Comic-Con Marvel Studios panel, the show was announced to be arriving on Disney+ in late 2023/early 2024.  However, with filming only just beginning this week, there is a possibility that the series release window is delayed.  This might also tie in with reports that Marvel is planning on scaling back its plans, to increase production quality.  Since last summer’s San Diego Comic-Con, Disney hasn’t officially confirmed any details on the series.

Are you looking forward to watching “Agatha: Coven of Chaos” arriving on Disney+?

Roger has been a Disney fan since he was a kid and this interest has grown over the years. He has visited Disney Parks around the globe and has a vast collection of Disney movies and collectibles. He is the owner of What's On Disney Plus & DisKingdom. Email: Roger@WhatsOnDisneyPlus.com Twitter: Twitter.com/RogPalmerUK Facebook: Facebook.com/rogpalmeruk
View all posts
Tags: "Agatha: Coven of Chaos", agatha, coven of chaos, Marvel