Marvel Studios is currently developing a brand new series for Disney+ called, “Agatha: Coven Of Chaos”, which will see Kathryn Hahn returning as the evil witch, Agatha Harkness, who was introduced in the Disney+ series, “WandaVision”.

Also returning for “Agatha: Coven of Chaos,” is Debra Jo Rupp and Emma Caufield, who will be reprising the roles that they played in the “WandaVision” Disney+ series.  Other actors returning from “WandaVision” include David Payton, David Lengel, Asif Ali, Amos Glick, Brian Brightman, and Kate Forbes.

“Agatha: Coven of Chaos” is being written by Megan McDonnell, Peter Cameron, Laura Donney, and Cameron Squires. “WandaVision” creator and exec producer Jac Schaeffer is also returning as the showrunner on Disney+ original series and will also be stepping up and will direct some of the episodes.  Also directing the new Disney+ series will be Gandja Monteiro, who has previously directed some of the mega smash-hit Netflix series, “Wednesday”, and Rachel Goldberg, who has previously directed on Netflix’s “Resident Evil” series. 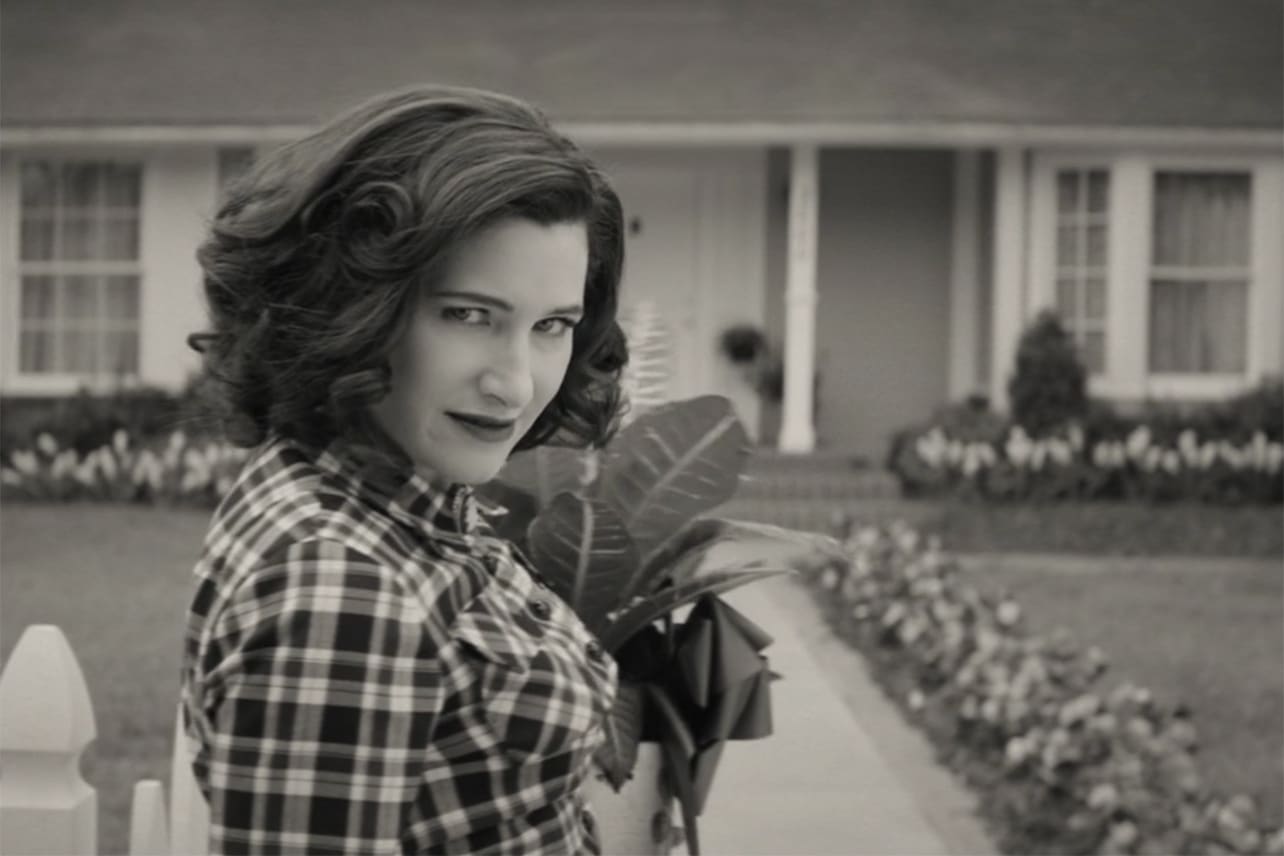 According to THR, production on the Disney+ Original series is due to begin in Atlanta on Tuesday.

The new series was announced at the last San Diego Comic-Con, that it would be coming to Disney+ in late 2023/early 2024.  Though with filming taking place over the next few months, it’s likely that it might not reach our screens this year.

Are you looking forward to watching “Agatha: Coven of Chaos?”

Roger has been a Disney fan since he was a kid and this interest has grown over the years. He has visited Disney Parks around the globe and has a vast collection of Disney movies and collectibles. He is the owner of What's On Disney Plus & DisKingdom. Email: Roger@WhatsOnDisneyPlus.com Twitter: Twitter.com/RogPalmerUK Facebook: Facebook.com/rogpalmeruk
View all posts
Tags: agatha, coven of chaos, Marvel