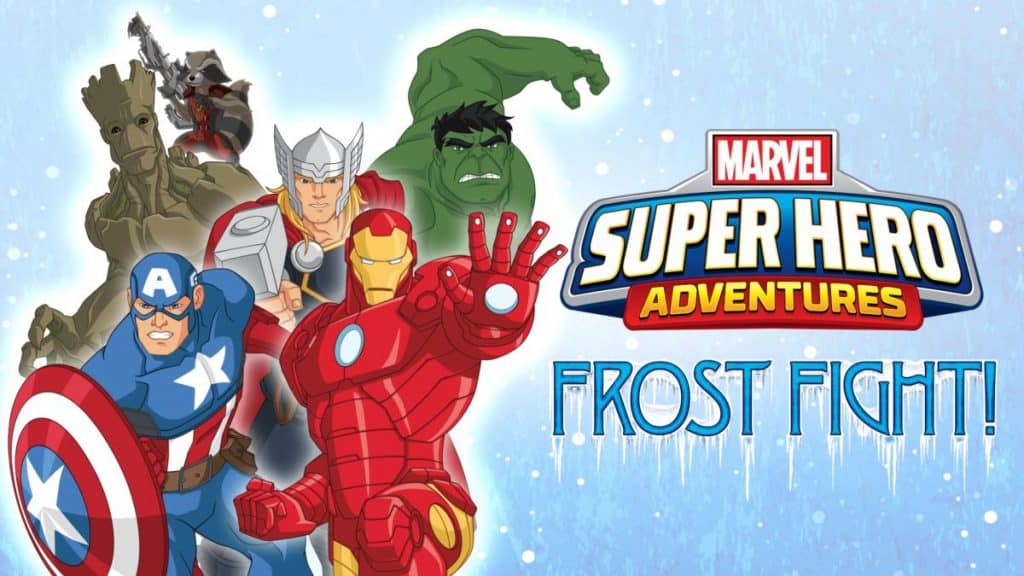 Disney has announced that the animated special, “Marvel Super Hero Adventures: Frost Fight!” will be coming to Disney+ in the United States on Friday 25th February 2022.

The holiday season gets extra chilly as Loki and the frost giant Ymir plot to conquer the world. Marvel heroes Iron Man, Captain America, Hulk, Thor and others must stop the villains from stealing Santa’s power – if anyone can actually find the mysterious Mr. Claus. Fortunately, Rocket Raccoon and Groot are also hot on Santa’s trail. Heroes, villains, elves and cosmic bounty hunters collide in an epic quest that leaves the fate of the holiday and the world in the balance.

Due to a pre-existing contract, this animated special has been available on Netflix for a few years, but will now be heading to Disney+ in the US. It’s already been released on Disney+ in many countries.

Will you be checking out “Marvel Super Hero Adventures: Frost Fight!” on Disney+?