What's On Disney Plus > Blog > Brands > Marvel > Marvel Studios “Assembled: The Making Of Eternals” Out Now 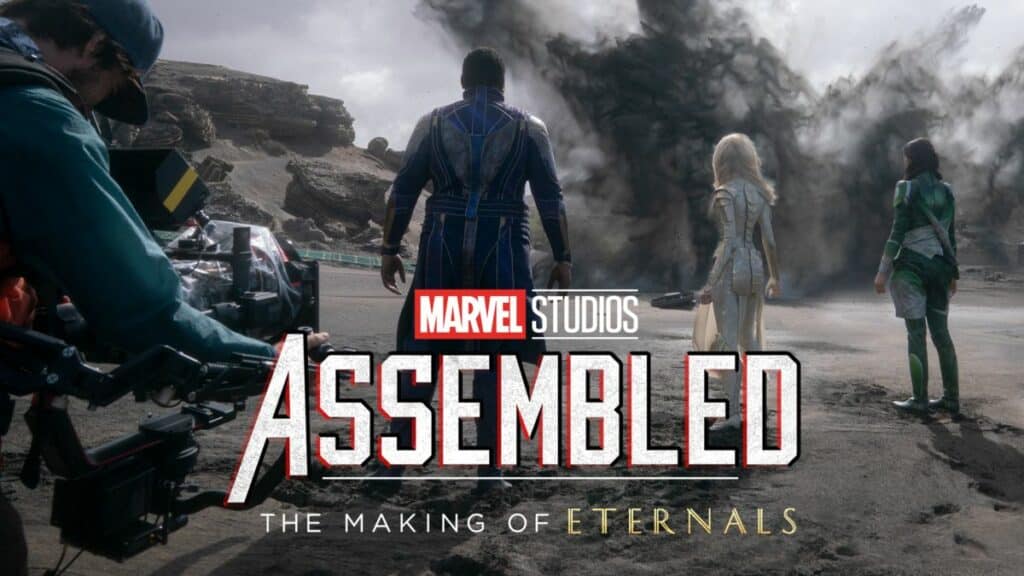 Today, Disney released a new behind-the-scenes documentary on the Marvel Studios film, “Eternals” on Disney+.   This release is part of the “Assembled” documentary series, which has previously looked at making Marvel films and series like “Black Widow” and “Loki”.

“Eternals” is Marvel Studios’ most ambitious film to date and in this documentary, you’ll learn about Chloe’s initial vision for the project and how she approached creating a film that was both intimate and epic. You will get to know how the filmmakers and writers adapted the comics and charted a course through human history to create a story that would set the MCU on a whole new path. Take a peek behind the scenes and find out how every department, from Production Design to Costumes, drew their inspiration from the early Jack Kirby artwork. 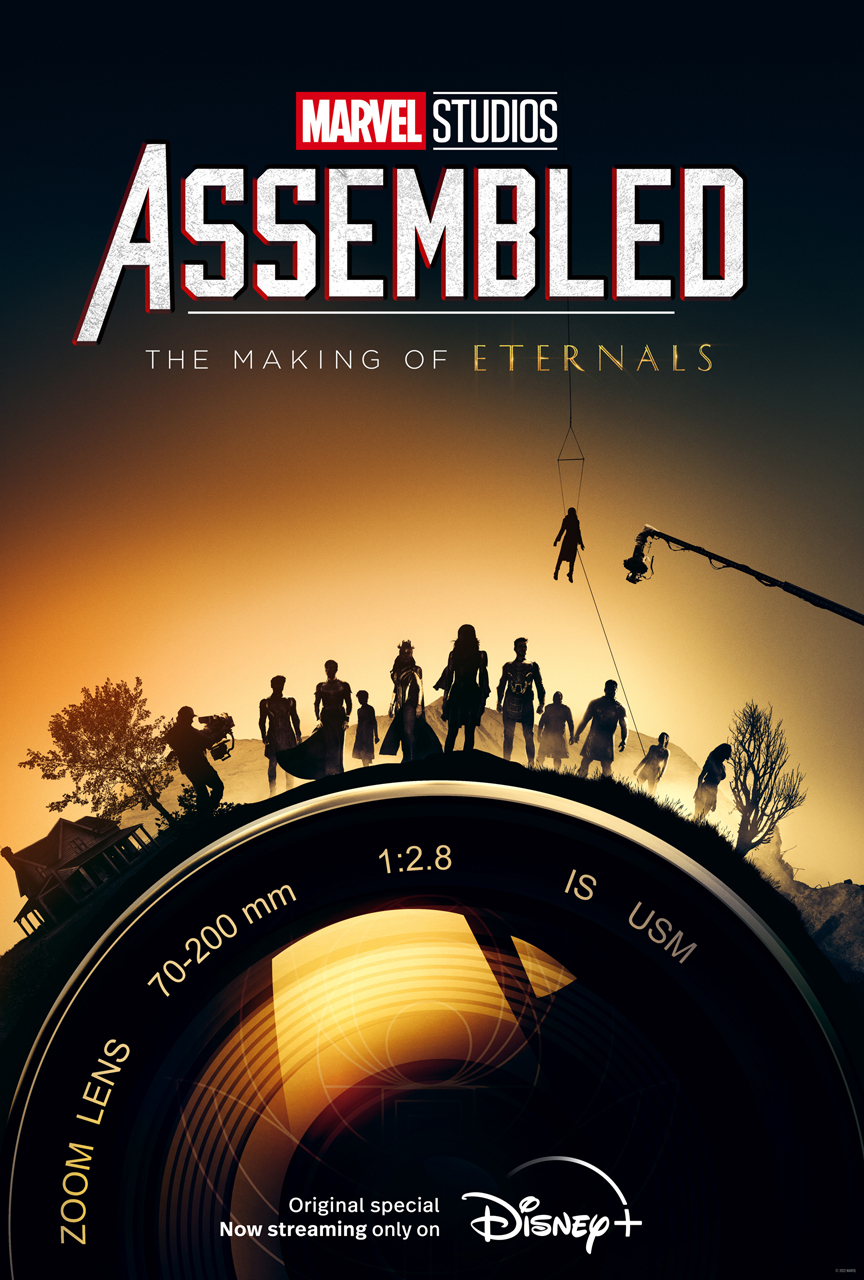 You will discover how the ensemble cast felt stepping into their roles and meeting each other for the first time at Comic-Con, how they set off on a journey to remote locations, and endured the elements to create one of Marvel Studios’ most naturalistic cinematic experiences.

Learn how the cast created strong bonds and became a family on and off set, and how that helped to create the relationships of the characters that span over 7,000 years.

Unearth all this and much more in “ASSEMBLED: The Making of Eternals”.  Which is available to stream on Disney+ now, along with “Eternals”.