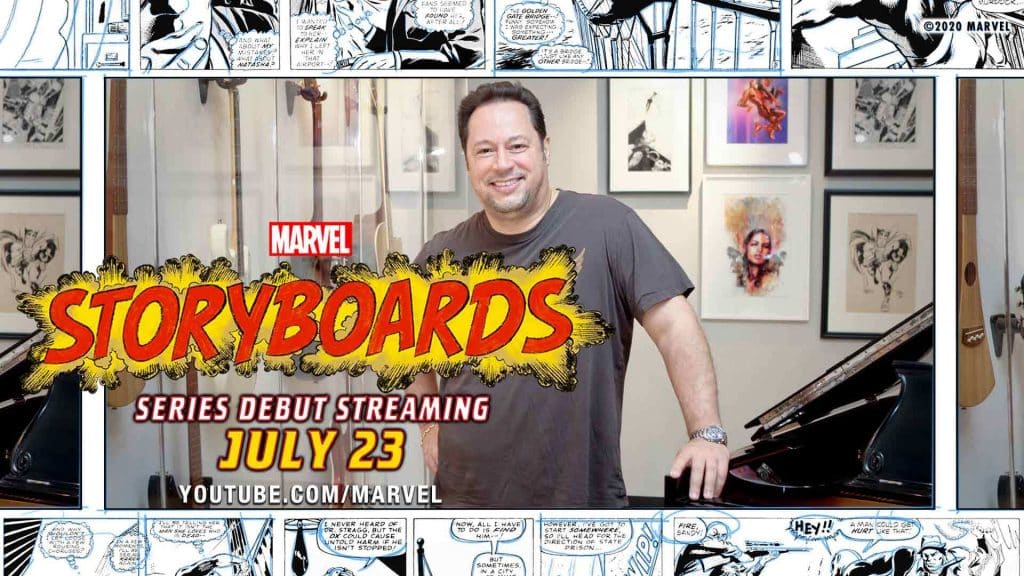 Disney has released a trailer for the new documentary series, Marvel’s Storyboards, which was originally announced as a Disney+ Original, but will now be debuting on YouTube. The first episode featuring Hugh Jackman, will debut this Thursday, with new episodes dropping each week.

The series follows Joe Quesada, EVP, Creative Director of Marvel Entertainment, as he explores the origin stories and inspirations of storytellers of all mediums, backgrounds, and experiences at their favourite spots throughout New York City and beyond.

There will  also be a Comic-Con@Home Panel later this week on Thursday, July 23rd at 11:00am PT.  The panel will see Marvel Executive VP, Creative Director Joe Quesada shares an inside look at his new docu-series, Marvel’s Storyboards. In conversation with Marvel VP of Content Stephen Wacker, Joe highlights how the personal and the professional intersect in his own life, and in those of the show’s guests: an A-list mix of storytellers across comics, theatre, film, and more.

Marvel is promoting this show as they are giving it to people “for free”, rather than being behind a paywall of a Disney+ subscription.

Will you be watching Marvel Storyboards?

Roger has been a Disney fan since he was a kid and this interest has grown over the years. He has visited Disney Parks around the globe and has a vast collection of Disney movies and collectibles. He is the owner of What's On Disney Plus & DisKingdom. Email: Roger@WhatsOnDisneyPlus.com Twitter: Twitter.com/RogPalmerUK Facebook: Facebook.com/rogpalmeruk
View all posts
Tags: Marvel, marvel storyboards