During April’s Investor Day event, Disney showed off many of the new series and movies that will be exclusively available on the Disney+ such as Star Wars: The Mandalorian and the new Marvel show Falcon and the Winter Soldier.

For those in attendance, Disney gave a small sneak peek of some of the upcoming Disney+ Originals, however for those watching at home on the livestream, it cut away to some generic music so they weren’t able to see what was being shown.

But now Disney has released some images from the event and we’ve got our first official look at the upcoming Marvel Disney+ Original series, Loki. 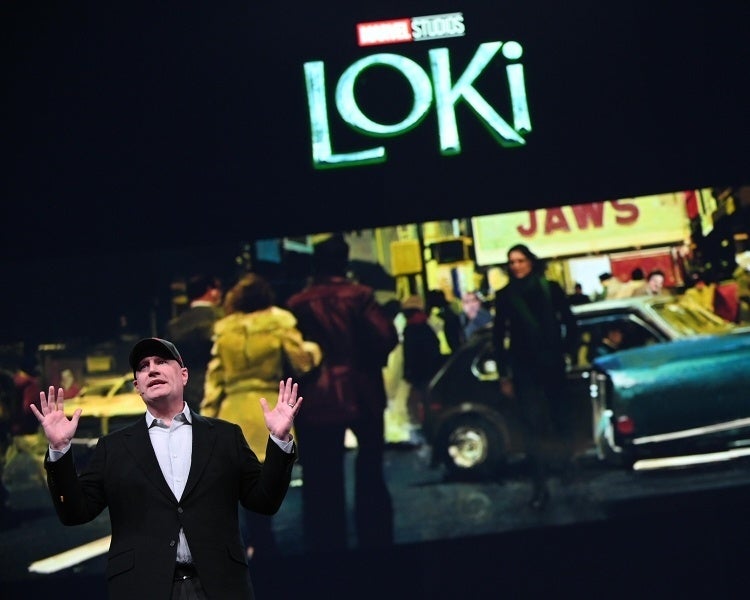 This image features Marvel’s Kevin Feige on the stage with the Loki logo behind him, along with some concept art for the series featuring Tom Hiddleston.

The concept art shows Loki standing in a crowded city with a cinema banner for “JAWS”, which might play into the idea of the series being set at different moments in time as this scene looks to be set in the late 1970’s.

No official release date for Loki has been confirmed, other than it will be released in the second year of Disney+ running, which would be late 2020 into late 2021.

What do you think of this concept art and logo for Loki?