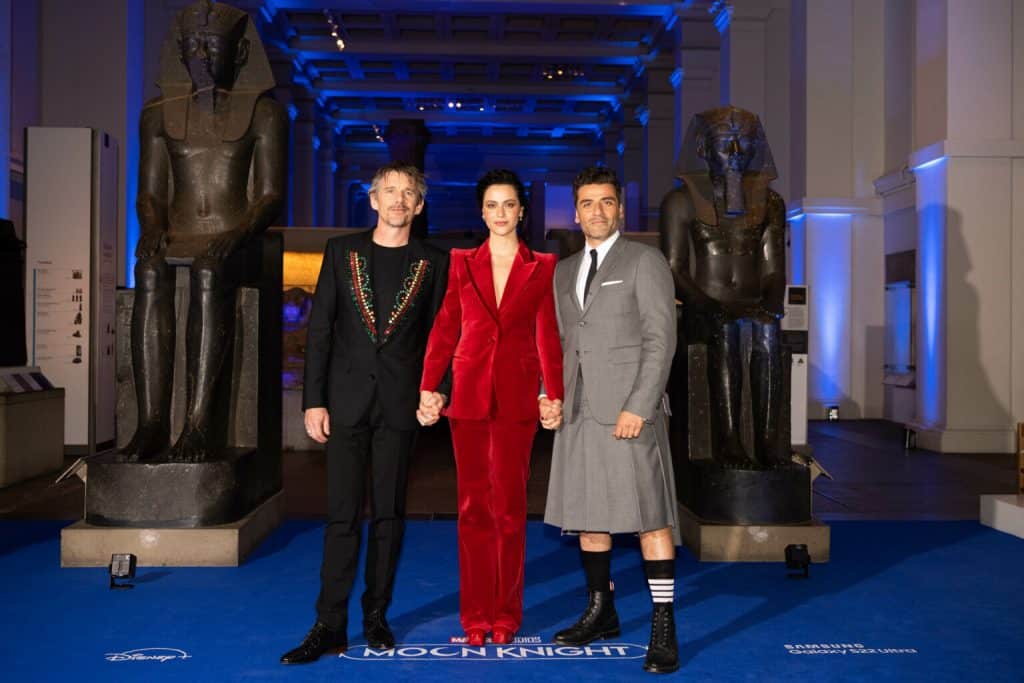 This evening, Disney+ brought together the stars of Marvel Studios’ new original series “Moon Knight”, ahead of its debut on March 30. Oscar Isaac, Ethan Hawke, May Calamawy, Ann Akinjirin, David Ganly and Lucy Thackery lit up the blue carpet as they attended the Disney+ special screening of episodes one and two. The event, in collaboration with Samsung, was held at the British Museum, London, UK which serves as a location in the series.

I was also in attendance at the event at the British Museum. One of the great things about the lobby area, was that we got to have a good look at some of the artifacts while they served drinks and nibbles.

The series follows Steven Grant, a mild-mannered gift-shop employee, who becomes plagued with blackouts and memories of another life, he discovers he has dissociative identity disorder and shares a body with mercenary Marc Spector. As Steven/Marc’s enemies converge upon them, they must navigate their complex identities while thrust into a deadly mystery among the powerful gods of Egypt.

The event also celebrates the Samsung and Disney+ collaboration, including their latest offer, 12 months of Disney+ with the Galaxy S22 Series.